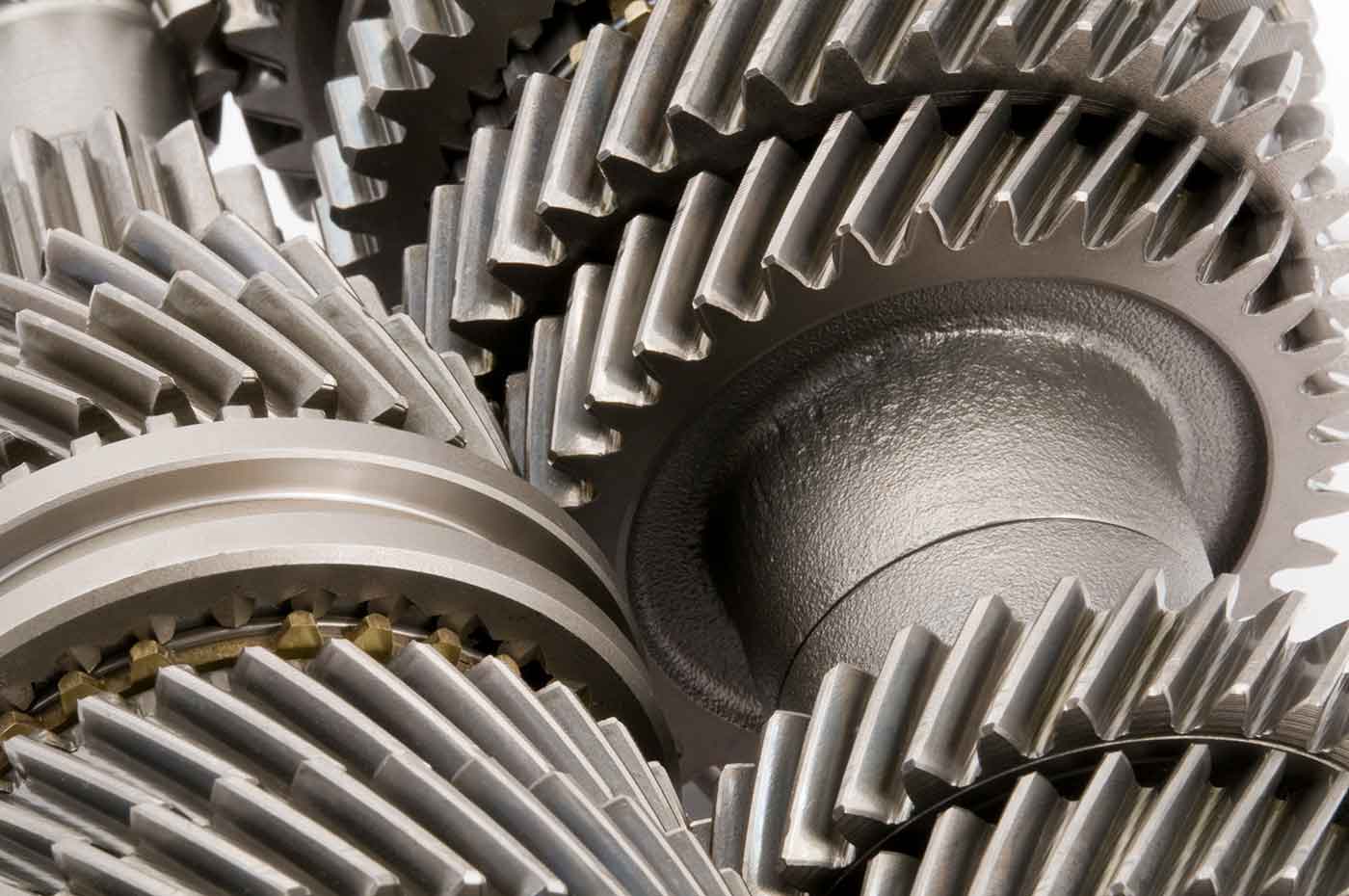 Disclaimer: The views expressed in this book are those of the author, and do not reflect those of his employer or the publisher.

DevOps was originally about WebOps at Internet companies working in the Cloud, and a handful of Lean Startups in Silicon Valley. It started at these companies because they had to move quickly, so they found new, simple, and collaborative ways of working that allowed them to innovate much faster and to scale much more effectively than organizations had done before.

But as the velocity of change in business continues to increase, enterprises—sometimes referred to as “horses,” in contrast to the unicorns referenced above—must also move to deliver content and features to customers just as quickly. These large organizations have started to adopt (and, along the way, adapt) DevOps ideas, practices, and tools.

This short book assumes that you have heard about DevOps and want to understand how DevOps practices like Continuous Delivery and Infrastructure as Code can be used to solve problems in financial systems at a trading firm, or a big bank or stock exchange. We’ll look at the following key ideas in DevOps, and how they fit into the world of financial systems:

To follow this book you need to understand a little about these ideas and practices. There is a lot of good stuff about DevOps out there, amid the hype. A good place to start is by watching John Allspaw and Paul Hammond’s presentation at Velocity 2009, “10+ Deploys Per Day: Dev and Ops Cooperation at Flickr”, which introduced DevOps ideas to the public. IT Revolution’s free “DevOps Guide” will also help you to get started with DevOps, and point you to other good resources. The Phoenix Project: A Novel About IT, DevOps, and Helping Your Business Win by Gene Kim, Kevin Behr, and George Spafford (also from IT Revolution) is another great introduction, and surprisingly fun to read.

If you want to understand the technical practices behind DevOps, you should also take the time to read Continuous Delivery (Addison-Wesley), by Dave Farley and Jez Humble. Finally, DevOps in Practice is a free ebook from O’Reilly that explains how DevOps can be applied in large organizations, walking through DevOps initiatives at Nordstrom and Texas.gov.

From small trading firms to big banks and exchanges, financial industry players are looking at the success of Google and Amazon for ideas on how to improve speed of delivery in IT, how to innovate faster, how to reduce operations costs, and how to solve online scaling problems.

They all deal with problems of scale. They run farms of thousands or tens of thousands of servers, and thousands of applications. No bank—even the biggest too-big-to-fail bank—can compete with the number of users that an online company like Facebook or Twitter supports. On the other hand, the volume and value of transactions that a major stock exchange or clearinghouse handles in a trading day dwarfs that of online sites like Amazon or Etsy. While Netflix deals with massive amounts of streaming video traffic, financial trading firms must be able to keep up with low-latency online market data that can peak at several millions of messages per second, where nanosecond accuracy is necessary.

These Big Data worlds are coming closer together, as more financial firms like Morgan Stanley, Credit Suisse, and Bank of America adopt data analytics platforms like Hadoop. Google (in partnership with SunGard) is one of the shortlisted providers bidding on the Securities and Exchange Commission’s new Consolidated Audit Trail (CAT), a secure platform that will hold the complete record of every order, quote, and trade in the US equities and equities options markets: more than 50 billion records per day from 2,000 trading firms and exchanges, all of which needs to be kept online for several years. This will add up to several petabytes of data.

The financial services industry, like the online tech world, is viciously competitive, and there is a premium on innovation and time to market. Businesses (and IT) are under constantly increasing pressure to deliver faster, and with greater efficiency—but not at the expense of reliability of service or security. Financial services can look to DevOps for ways to introduce new products and services faster, but at the same time they need to work within constraints to meet strict uptime and performance service-level agreements (SLAs) and compliance and governance requirements.

DevOps Tools in the Finance Industry

DevOps is about changing culture and improving collaboration between development and operations. But it is also about automating as many of the common jobs in delivering software and maintaining operating systems as possible: testing, compliance and security checks, software packaging and configuration management, and deployment. This strong basis in automation and tooling explains why so many vendors are so excited about DevOps.

Build management tools like Maven and Continuous Integration servers like Jenkins are already well established across the industry through Agile development programs. Using static analysis tools to test for security vulnerabilities and common coding bugs and implementing automated system testing are common practices in developing financial systems. But as we’ll see, popular test frameworks like JUnit and Selenium aren’t a lot of help in solving some of the hard test automation problems for financial systems: integration testing, security testing, and performance testing.

Automated configuration management and provisioning systems and automated release management tools are becoming more widely adopted. CFEngine, the earliest of these tools, is used by 5 of the 10 largest banks on Wall Street, including JP Morgan Chase. Puppet is being used extensively at the International Securities Exchange, NYSE, E*Trade, and the Bank of America. Bloomberg, the Standard Bank of South Africa (the largest bank in Africa), and others are using Chef. Electric Cloud’s automated build and deployment solutions are being used by global investment banks and other financial services firms like E*Trade.

While most front office trading systems still run on bare metal in order to meet low latency requirements, Docker and other containerization and virtualization technologies are being used to create private clouds for testing, data analytics, and back office functions in large financial institutions like ING, Société Générale, and Goldman Sachs.

Financial players are truly becoming part of the broader DevOps community by also giving back and participating in open source projects. For example, LMAX, who we will look at in more detail later, has open sourced its automated tooling and even some of its core infrastructure technology (such as the low-latency Disruptor inter-thread messaging library). And at this year’s OSCON, Capital One released Hygieia, an open source Continuous Delivery dashboard.

Financial Operations Is Not WebOps

Financial services firms are hiring DevOps engineers to automate releases and to build Continuous Delivery pipelines, and Site Reliability Engineers (patterned after Google) to work in their operations teams. But the jobs in these firms are different in many ways, because a global bank or a stock exchange doesn’t operate the same way as Google or Facebook or one of the large online shopping sites. Here are some of the differences:

Financial industry players were some of the earliest and biggest adopters of information technology. This long history of investing in technology also leaves them heavily weighed down by legacy systems built up over decades; systems that were not designed for rapid, iterative change. The legacy problem is made even worse by the duplication and overlap of systems inherited through mergers and acquisitions: a global investment bank can have dozens of systems performing similar functions and dozens of copies of master file data that need to be kept in sync. These systems have become more and more interconnected across the industry, which makes changes much more difficult and riskier, as problems can cascade from one system—and one organization—to another.

In addition to the forces of inertia, there are significant challenges and costs to adopting DevOps in the financial industry. But the benefits are too great to ignore, as are the risks of not delivering value to customers quickly enough and losing them to competitors—especially to disruptive online startups powered by DevOps. We’ll start by looking at the challenges in more detail, to understand better how financial organizations need to change in order for them to succeed with DevOps, and how DevOps needs to be changed to meet their requirements.

Then we’ll look at how DevOps practices can be—and have been—successfully adopted to develop and operate financial systems, borrowing ideas from DevOps leaders like Etsy, Amazon, Netflix, and others.