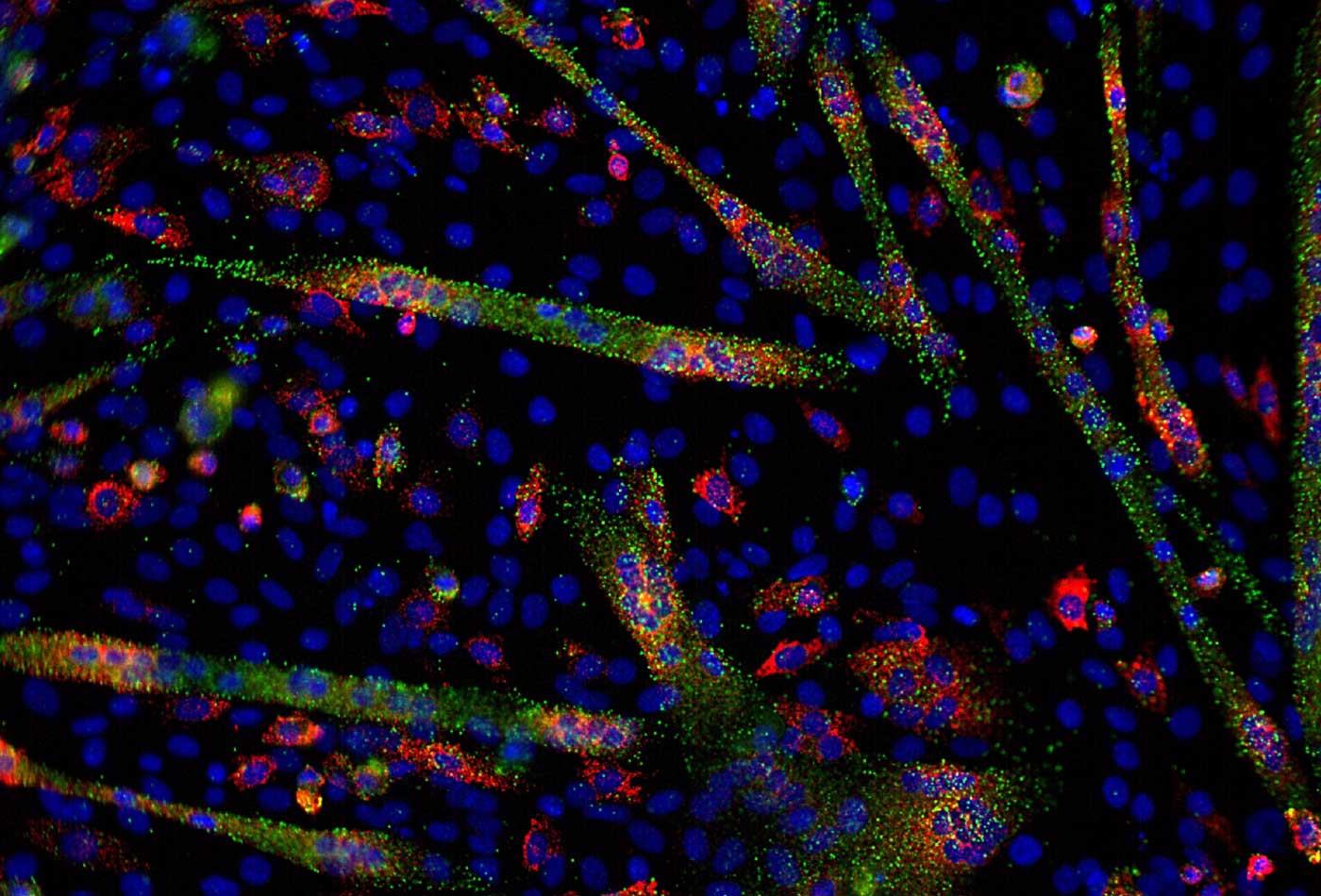 Early detection can completely change the trajectory of a cancer diagnosis. We all know by now that the earlier cancer is found, the better. Jorge Soto, the CTO of Miroculus, said in his 2014 TED talk, “Catching cancer early is the closest thing we have to a silver bullet cure against it.” When Soto formed a highly interdisciplinary team at Singularity University, they founded their company around this goal.

As cancer develops, it leaves a breadcrumb trail of mutation or disruption. If you are looking for a cancer diagnostic, there are a plethora of options to choose from. You can look at protein expression, DNA mutations, or different types of RNA (noncoding RNA, cRNA, etc.). As it develops, this cancer trail leaks into the bloodstream or urine, where it is easier to sample. When searching for the right diagnostic, you are typically looking for three attributes: Is it easy to get? Is it easy to detect? Is it reliable? Many researchers and companies, including Miroculus, believe that extracellular microRNAs (miRNAs) fit the bill. miRNAs are class of noncoding RNAs that regulate various cellular processes (like differentiation and replication). They make for an attractive diagnostic because they are small, stable, and present in blood and plasma.

The promise of miRNAs for detection is controversial, however. While the best biomarker would be present (or absent) in a disease state compared to normal, miRNAs are instead diagnostic in their concentration. For example, a particular miRNA may be below a certain level normally, but exceed that threshold if the person has a certain type of cancer. To be proven reliable, all other factors that could lead to a significant change in concentration without the disease present need to be eliminated (for example, diet, exercise, or other medications). Also, it’s been hard to compare miRNA concentrations using different platforms, or even the same platform with different vendors’ products. It’s difficult to determine exactly how many miRNAs have been approved to date for cancer diagnostics, but to put it simply, few to none

Still, this technique holds incredible promise. With over 2,000 miRNAs in the human genome, it could be possible to develop an miRNA “fingerprint” for any number of diseases (not just cancer). So Miroculus built Loom, an miRNA data engine, so that its technology can evolve alongside the highly dynamic miRNA research field. Loom is an interactive site (updated monthly) that summarizes literature by miRNA, gene, or condition (Figure 1-1). They’ve chosen to make this tool open-access for the community, and it plays a key role for the company as well. Instead of funneling resources into a secret discovery effort, Miroculus can use Loom to identify key players in the field for collaboration in addition to its own R&D. Since cancer is one of the most highly funded areas of research, there are plenty of publicly available findings to draw upon. It’s important to them that this tool gives back to the community. In their words, more open-access data pushes the science forward more quickly, so everyone benefits.

After Loom identifies key relationships between miRNAs and a particular disease, Miroculus profiles the miRNA and uses predictive modeling to narrow down the number of miRNAs associated with the disease. Then, this research is validated through clinical studies. Miroculus has just completed a multicenter clinical study on gastric cancer (the third deadliest cancer in the world), and are about complete a second one. The company plans on publishing its findings and submitting the data to the FDA (and other regulatory agencies) for evaluation in the near future.

Loom helps Miroculus identify the “what”: which miRNA shows promise as a diagnostic. They also developed new technology to address the “how”—how the miRNA detection is performed. In contrast to other companies, Miroculus’s vision is centered around democratization. Standard miRNA detection methods require expensive and specialized equipment, using analytic conditions that require precise temperature control and hot/cold cycling. The stricter the conditions, the more difficult it is for someone to achieve without proper training and proper equipment. Ultimately, Miroculus wants its technology placed in every hospital lab. So it’s designed its technology first and foremost to be inexpensive and simple to use.

In Miroculus’s first iteration of their detection platform, it eliminated the precise temperature control required by traditional methods and used a technique that works under isothermal (constant temperature) conditions. Instead of requiring a microscope or expensive plate reader, the output signal is visible to the naked eye with analysis that can be done using a smartphone. As ubiquitous as smartphones are these days, would you still consider them an “everyday” tool? Perhaps in many countries, but certainly not in every hospital lab or clinic globally. So in the second iteration, Miroculus eliminated the smartphone to make the system more robust and even more accessible.

But it’s the third iteration (which will be released later this year) that I think is really interesting. Even with cheap equipment and simple conditions, miRNA analysis still requires skill on the part of the technician. For those of us used to working in a lab, pipetting feels like you could do it in your sleep. But that minimizes the importance of skilled hands in producing reliable, reproducible data. Perhaps, though it would be difficult, you could design a method with limited sample preparation that a nonexpert could execute. But for gastric cancer, Miroculus detects miRNA from plasma that has to be processed before the detection step. Instead of redesigning the methodology, Miroculus engineered a plate that manages some of the pipetting for you with digital microfluidics (DMF).

Soto explains digital microfluidics like this: “If you have a board that’s printed with electrodes, you can apply a voltage through each electrode that creates a force that makes the droplets on top of the board move. That’s how you can move liquids in an automated fashion.” When I asked him how he selected that method compared to the other microfluidic techniques out there, he said there was really no choice. “This was really the only technique that would accomplish the task in a flexible platform.” Using DMF, you front-load all the complexity into the plate. It may seem like this sophistication would result in really expensive starting materials (and heck, isn’t the point of democratization to be inexpensive?) But compared to other microfluidic techniques, you can fabricate a general electrode design using simple photolithography to use with DMF. This makes it easy to reconfigure one design for multiple applications. Soto compared it to software: “It gives you the flexibility to adapt as a scientist and makes it easy to make iterations.”

While the technology has evolved a lot in the last three years, Soto said the core goal—to democratize molecular testing—has not. We’ll be hearing a lot from Miroculus in the next year, and I’ll certainly be watching to see what the next iteration achieves.