Mike Kuniavsky on the mindshift needed to design for ecosystems 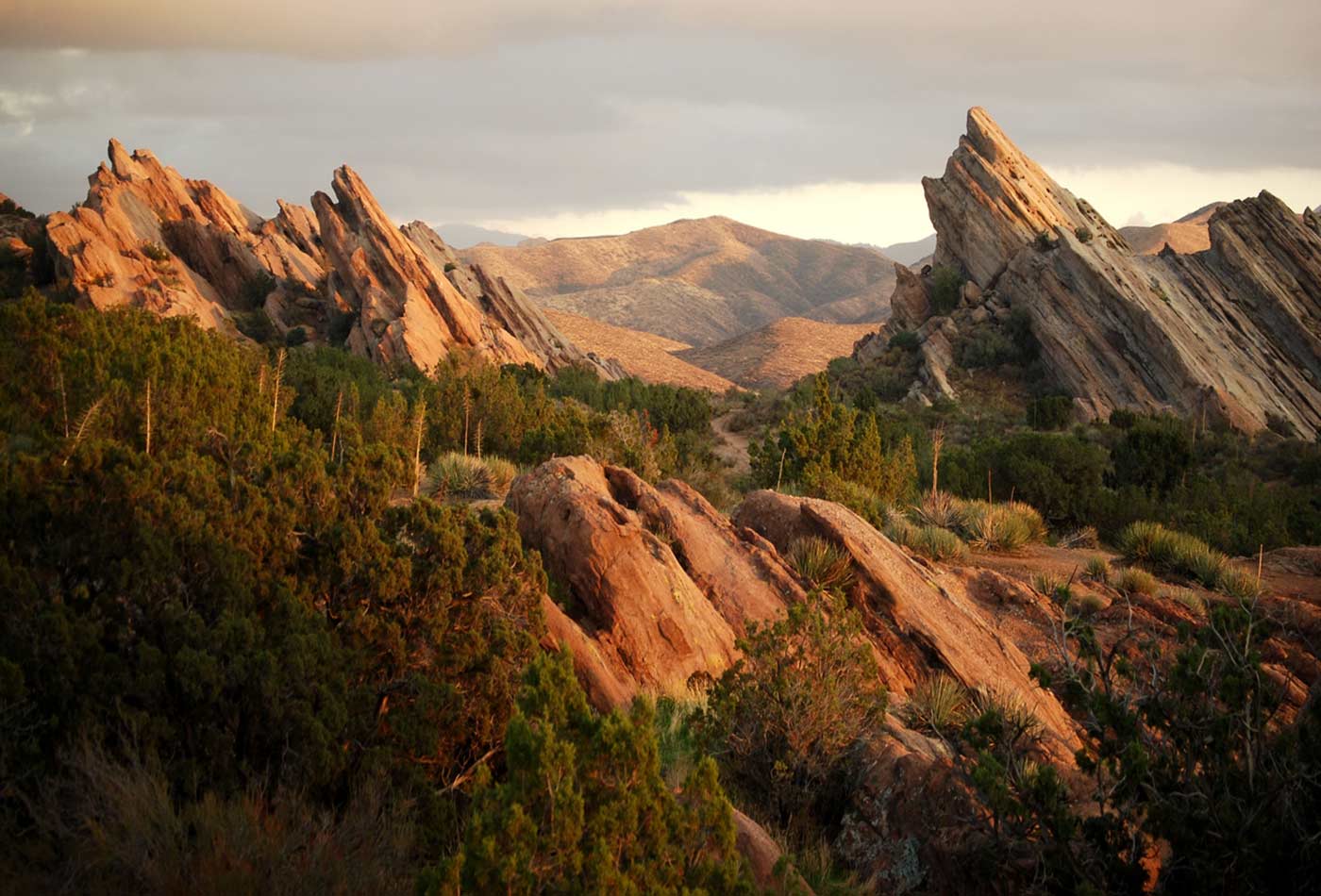 Vasquez Rocks in Agua Dulce, California are evidence of the San Andreas Faultline and part of the 2,650 mile Pacific Crest Trail. (source: Hear2heaL on Wikimedia Commons)

Mike Kuniavsky will be speaking at our upcoming online conference, "Designing for the Internet of Things," September 15, 2016.

This week’s episode of the Design Podcast features a conversation I had with Mike Kuniavsky last fall. Kuniavsky is a user experience designer, researcher, and author currently working at Parc. He’s also a speaker at the upcoming O’Reilly online conference “Designing for the Internet of Things,” September 15, 2016. In our chat, Kuniavsky talks about designing for the IoT, service design, and the mindshift needed to design for ecosystems.

Every new medium is the old medium

I was reading this book that was published by Philips Design on their Ambient Intelligence project. They actually thought through the entire Internet of Things thing about 15 years ago, and then they couldn’t make any money on it, and all those people went away. Now it’s actually a real thing. They left some really good documentation. I was reading the Philips Design book, and they had a very interesting point from mine and probably one of Tim O’Reilly’s favorite theorists, Marshall McLuhan. McLuhan essentially said that the content of every new medium is the old medium. Every new medium subsumes the old medium of the content until you actually figure out what the new medium is.

When television came about, the stuff that was initially on television was essentially radio, until they actually figured out what television was good for. When radio came out, it was people reading the newspaper on the radio, until they figured out what radio was good for. It’s like that going all the way back. Right now, in the Internet of Things, we’re in this place where the content of the Internet of Things is the pre-Internet of Things world. It’s all of the things that are either currently not connected, which are everyday objects, or it’s the electronic things which are being shoehorned. What we’re trying to do is we’re trying to get over that hump and trying to figure out what are the natively interesting qualities of the Internet of Things that make it really different than home automation, which has been around for 30 years and has been an abject failure on every front, or simply connecting appliances to the Internet.

On UX design and service design

We’re really looking hard at service design as a model. The funny thing is, service design isn’t even a mature thing. It’s not like we can import an entire discipline. Service design was a just a couple puzzle pieces just a couple years ago. It wasn’t a finished product as it is. We’re trying to take those puzzle pieces and we’re trying to say, OK, now what happens when all of these different components of a service, these different things that service design is looking at—they describe front of house, back of house, different kinds of players and actors within that space—what if we replaced some of those with devices? What if we replaced some of those things with sensors and actuators? What happens to the service in that situation? That’s how we’re trying to envision an entire ecosystem without actually having any of the pieces of it in place.

There’s this slippery slope between service design and UX design. I think UX design is more digital, and service design allows itself to include things like a poster that’s on a wall in a lobby, or a little card that gets mailed to people, or a human being that they can talk to, and what does that human being say and under what circumstances do they say it. Service design takes a slightly broader view, whereas UX design is still—and I think usefully—focused largely on the digital aspect of it.

I’m interested in, broadly speaking, predictive analytics—I should say, machine learning, statistical modeling, but specifically in predictive statistical modeling, predictive machine learning. I think that really that is the new superpower. That is literally looking into the future with some degree of confidence. In a place where you would never normally be able to look into the future, like identifying how often I pick up my cup of coffee. My cup of coffee would never have been able to tell me that before. Now it can. Again, to some degree, and that’s really interesting. That’s really a different relationship. That’s to me a big shift in our relationship to our everyday objects and their relationship to how they can—as per my earlier point—how they can make our lives better. That’s why I’m really interested in the predictive stuff right now.

We as humans have no idea how limited our sensors are, our own personal ability to sense the world. We’re really good at pattern matching in certain ways, and we’re really not very good in many other ways, and we’ve never really had a very good way to compensate for that. Now, to some extent, we do, and that’s really interesting.