The goal is to offer a single platform where users can get the best distributed algorithms for any data processing task. 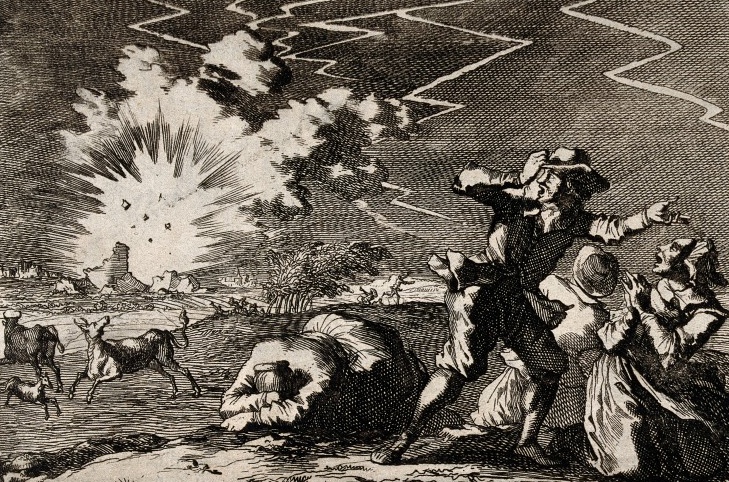 2014 has been the most active year of Spark development to date, with major improvements across the entire engine. One particular area where it made great strides was performance: Spark set a new world record in 100TB sorting, beating the previous record held by Hadoop MapReduce by three times, using only one-tenth of the resources; it received a new SQL query engine with a state-of-the-art optimizer; and many of its built-in algorithms became five times faster. In this post, I’ll cover some of the technology behind these improvements as well as new performance work the Apache Spark developer community has done to speed up Spark.

Back in 2010, we at the AMPLab at UC Berkeley designed Spark for interactive queries and iterative algorithms, as these were two major use cases not well served by batch frameworks like MapReduce. As a result, early users were drawn to Spark because of the significant performance improvements in these workloads. However, performance optimization is a never-ending process, and as Spark’s use cases have grown, so have the areas looked at for further improvement. User feedback and detailed measurements helped the Apache Spark developer community to prioritize areas to work in. Starting with the core engine, I’ll cover some of the recent optimizations that have been made.

One unique thing about Spark is its user-facing APIs (SQL, streaming, machine learning, etc.) run over a common core execution engine. Whenever possible, specific workloads are sped up by making optimizations in the core engine. As a result, these optimizations speed up all components. We’ve often seen very surprising results this way: for example, when core developers decreased latency to introduce Spark Streaming, we also saw SQL queries become two times faster.

In the core engine, the major improvements in 2014 were in communication. First, the shuffle is the operation that moves data point-to-point across machines. It underpins almost all workloads. For example, a SQL query joining two data sources uses a shuffle to move tuples that should be joined together onto the same machine, and product recommendation algorithms such as ALS use shuffles to send user/product weights across the network.

The last two releases of Spark featured a new sort-based shuffle layer and a new network layer based on Netty with zero-copy and explicit memory management. These two make Spark more robust in very large-scale workloads. In our own experiments at Databricks, we have used this to run petabyte shuffles on 250,000 tasks. These two changes were also the key to Spark setting the current world record in large-scale sorting, beating the previous Hadoop-based record by 30 times in per-node performance.

In addition to shuffle, core developers rewrote Spark’s broadcast primitive to use a BitTorrent-like protocol to reduce network traffic. This speeds up workloads that need to send a large parameter to multiple machines, including SQL queries and many machine learning algorithms. We have seen more than five times performance improvements for these workloads.

Python is perhaps the most popular programming language used by data scientists. The Spark community views Python as a first-class citizen of the Spark ecosystem. When it comes to performance, Python programs historically lag behind their JVM counterparts due to the more dynamic nature of the language.

Spark’s core developers have worked extensively to bridge the performance gap between JVM languages and Python. In particular, PySpark can now run on PyPy to leverage the just-in-time compiler, in some cases improving performance by a factor of 50. The way Python processes communicate with the main Spark JVM programs have also been redesigned to enable worker reuse. In addition, broadcasts are handled via a more optimized serialization framework, enabling PySpark to broadcast data larger than 2GB. The latter two have made general Python program performance two to 10 times faster.

One year ago, Shark, an earlier SQL on Spark engine based on Hive, was deprecated and we at Databricks built a new query engine based on a new query optimizer, Catalyst, designed to run natively on Spark. It was a controversial decision, within the Apache Spark developer community as well as internally within Databricks, because building a brand new query engine necessitates astronomical engineering investments. One year later, more than 115 open source contributors have joined the project, making it one of the most active open source query engines.

From early on, Spark was packaged with powerful standard libraries that can be optimized along with the core engine. This has allowed for a number of rich optimizations to these libraries. For instance, Spark 1.1 featured a new communication pattern for aggregating machine learning models using multi-level aggregation trees. This has reduced the model aggregation time by an order of magnitude. This new communication pattern, coupled with the more efficient broadcast implementation in core, results in speeds 1.5 to five times faster across all algorithms.

In addition to optimizations in communication, Alternative Least Squares (ALS), a common collaborative filtering algorithm, were also re-implemented. In the 1.3 release, expect another factor of two speedup for ALS over what the above chart shows. In addition, all the built-in algorithms in GraphX have also seen 20% to 50% runtime performance improvements, due to a new optimized API.

The aforementioned improvements only scratch the surface of work in Spark last year. Looking forward, I’ll outline a few venues of future improvements.

Based on the Catalyst optimizer, a new DataFrame API is being built that will be released as part of Spark 1.3. This new API makes Spark programs more concise and easier to understand, and at the same time exposes more application semantics to the engine. As a result, Spark can use Catalyst to optimize these programs.

The Catalyst optimizer will also become smarter over time, picking better logical optimizations and physical execution optimizations. For example, in the future, Spark will be able to leverage schema information to create a custom physical layout of data, improving cache locality and reducing garbage collection. This will benefit both Spark SQL and DataFrame programs.

The above optimizations will benefit all components of Spark, as many of them are already building on top of the new DataFrame API. In particular, the new machine learning pipeline API is building on DataFrames, and will soon see the use of more Level 3 BLAS routines to leverage the power of native libraries.

The goal of the Apache Spark developer community is to offer a single platform where users can get the best distributed algorithms for any data processing task. We will continue to push the boundaries of performance, making Spark faster and more powerful for more users.

For more on these topics, we are debuting a Spark track and a 3-day Advanced Spark training class at Strata + Hadoop World in San Jose this week. In partnership with Databricks, we also offer a Spark Developer Certification exam.