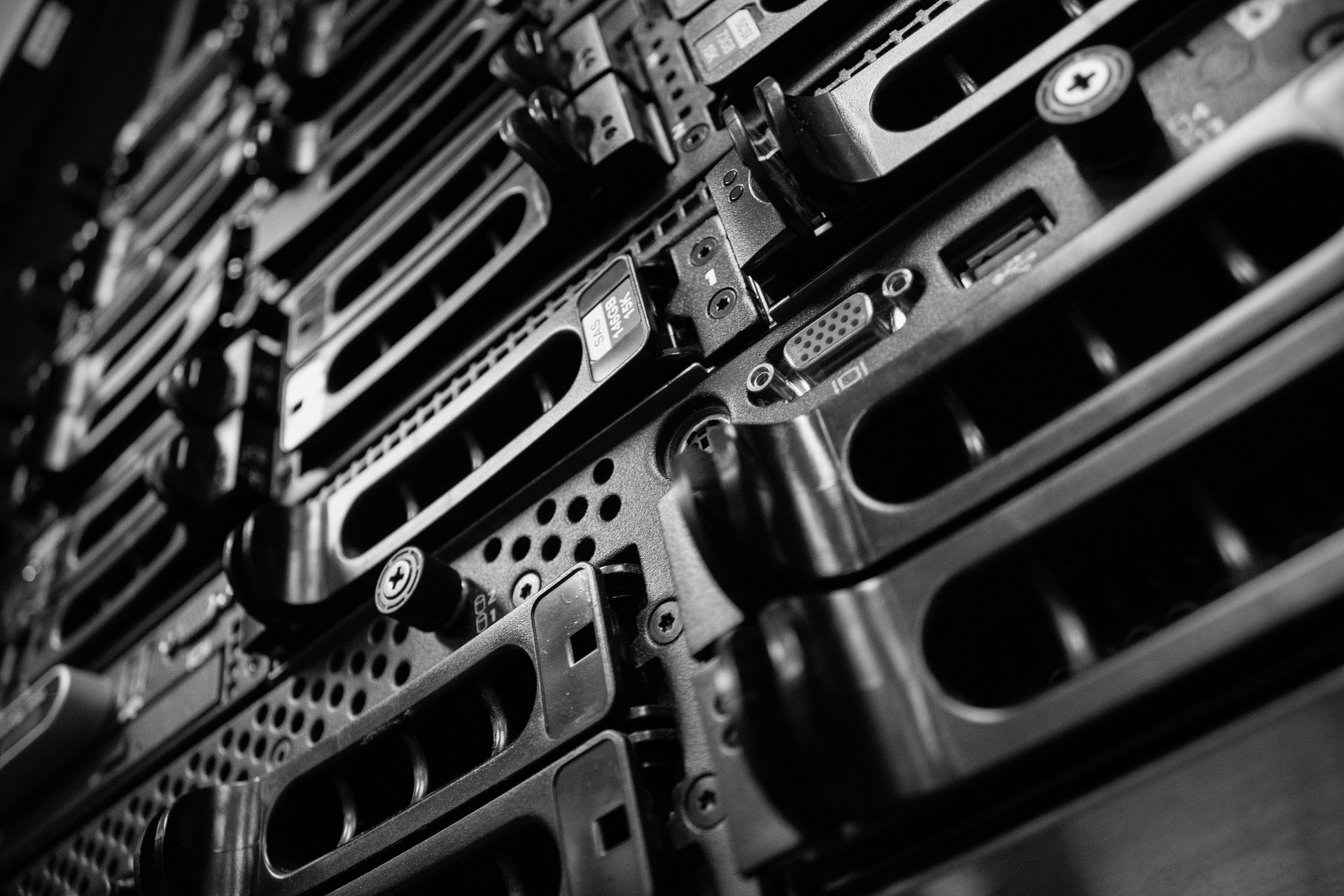 While the nuances of workflows, priorities, and day-to-day operations
vary from SRE team to SRE team, all share a set of basic
responsibilities for the service(s) they support, and adhere to the
same core tenets. In general, an SRE team is responsible for the
availability, latency, performance, efficiency, change management,
monitoring, emergency response, and capacity planning of their
service(s). We have codified rules of engagement and
principles for how SRE teams interact with their environment—not only
the production environment, but also the product development teams,
the testing teams, the users, and so on. Those rules and work
practices help us to maintain our focus on engineering work, as
opposed to operations work.

The following section discusses each of the core tenets of Google SRE.

Ensuring a Durable Focus on Engineering

As already discussed, Google caps operational work for SREs at 50% of
their time. Their remaining time should be spent using their coding
skills on project work. In practice, this is accomplished by
monitoring the amount of operational work being done by SREs, and
redirecting excess operational work to the product development teams:
reassigning bugs and tickets to development managers, [re]integrating
developers into on-call pager rotations, and so on. The redirection
ends when the operational load drops back to 50% or lower. This also
provides an effective feedback mechanism, guiding developers to build
systems that don’t need manual intervention. This approach works
well when the entire organization—SRE and development alike—understands why the safety valve mechanism exists, and supports the
goal of having no overflow events because the product doesn’t generate
enough operational load to require it.

When they are focused on operations work, on average, SREs should
receive a maximum of two events per 8–12-hour on-call shift. This target
volume gives the on-call engineer enough time to handle the event
accurately and quickly, clean up and restore normal service, and then
conduct a postmortem. If more than two events occur regularly per
on-call shift, problems can’t be investigated thoroughly and engineers
are sufficiently overwhelmed to prevent them from learning from these
events. A scenario of pager fatigue also won’t improve with scale.
Conversely, if on-call SREs consistently receive fewer than one event
per shift, keeping them on point is a waste of their time.

Postmortems should be written for all significant incidents, regardless of whether or not they paged; postmortems that did not
trigger a page are even more valuable, as they likely point to clear
monitoring gaps. This investigation should establish what happened in
detail, find all root causes of the event, and assign actions to
correct the problem or improve how it is addressed next time. Google
operates under a blame-free postmortem culture, with the goal of
exposing faults and applying engineering to fix these faults, rather
than avoiding or minimizing them.

Product development and SRE teams can enjoy a productive working
relationship by eliminating the structural conflict in their
respective goals. The structural conflict is between pace of
innovation and product stability, and as described earlier, this
conflict often is expressed indirectly. In SRE we bring this conflict
to the fore, and then resolve it with the introduction of an
error budget.

The error budget stems from the observation that 100% is the wrong
reliability target for basically everything (pacemakers and anti-lock
brakes being notable exceptions). In general, for any software service
or system, 100% is not the right reliability target because no user
can tell the difference between a system being 100% available and
99.999% available. There are many other systems in the path between
user and service (their laptop, their home WiFi, their ISP, the power
grid…) and those systems collectively are far less than 99.999%
available. Thus, the marginal difference between 99.999% and 100% gets
lost in the noise of other unavailability, and the user receives no
benefit from the enormous effort required to add that last 0.001% of
availability.

The business or the product must establish the system’s availability
target. Once that target is established, the error budget is one minus
the availability target. A service that’s 99.99% available is 0.01%
unavailable. That permitted 0.01% unavailability is the service’s
error budget. We can spend the budget on anything we want, as long
as we don’t overspend it.

So how do we want to spend the error budget? The development team
wants to launch features and attract new users. Ideally, we would
spend all of our error budget taking risks with things we
launch in order to launch them quickly. This basic premise describes
the whole model of error budgets. As soon as SRE activities are
conceptualized in this framework, freeing up the error budget through
tactics such as phased rollouts and 1% experiments can optimize for
quicker launches.

The use of an error budget resolves the structural conflict of
incentives between development and SRE. SRE’s goal is no longer “zero
outages”; rather, SREs and product developers aim to spend the error
budget getting maximum feature velocity. This change makes all the
difference. An outage is no longer a “bad” thing—it is an expected
part of the process of innovation, and an occurrence that both
development and SRE teams manage rather than fear.

Monitoring is one of the primary means by which service owners keep
track of a system’s health and availability. As such, monitoring
strategy should be constructed thoughtfully. A classic and common
approach to monitoring is to watch for a specific value or condition,
and then to trigger an email alert when that value is exceeded or that condition occurs. However, this type of email alerting is not an
effective solution: a system that requires a human to read an email
and decide whether or not some type of action needs to be taken in
response is fundamentally flawed. Monitoring should never require a
human to interpret any part of the alerting domain. Instead, software
should do the interpreting, and humans should be notified only when
they need to take action.

There are three kinds of valid monitoring output:

Signify that a human needs to take action immediately in
response to something that is either happening or about to happen,
in order to improve the situation.

Signify that a human needs to take action, but not
immediately. The system cannot automatically handle the situation,
but if a human takes action in a few days, no damage will result.

No one needs to look at this information, but it is
recorded for diagnostic or forensic purposes. The expectation is
that no one reads logs unless something else prompts them to do so.

Reliability is a function of mean time to failure (MTTF) and mean time
to repair (MTTR) [Sch15]. The most relevant metric in evaluating the effectiveness of
emergency response is how quickly the response team can bring the
system back to health—that is, the MTTR.

Humans add latency. Even if a given system experiences more actual
failures, a system that can avoid emergencies that require human
intervention will have higher availability than a system that requires
hands-on intervention. When humans are necessary, we have found that
thinking through and recording the best practices ahead of time in a
“playbook” produces roughly a 3x improvement in MTTR as compared to
the strategy of “winging it.” The hero jack-of-all-trades on-call
engineer does work, but the practiced on-call engineer armed with a
playbook works much better. While no playbook, no matter how
comprehensive it may be, is a substitute for smart engineers able to
think on the fly, clear and thorough troubleshooting steps and tips
are valuable when responding to a high-stakes or time-sensitive page.
Thus, Google SRE relies on on-call playbooks, in addition to exercises
such as the “Wheel of Misfortune,”1 to prepare engineers to react to on-call events.

SRE has found that roughly 70% of outages are due to changes in a live
system. Best practices in this domain use automation to accomplish the
following:

This trio of practices effectively minimizes the aggregate number of
users and operations exposed to bad changes. By removing humans from
the loop, these practices avoid the normal problems of fatigue,
familiarity/contempt, and inattention to highly repetitive tasks. As a
result, both release velocity and safety increase.

Demand forecasting and capacity planning can be viewed as ensuring
that there is sufficient capacity and redundancy to serve projected
future demand with the required availability. There’s nothing
particularly special about these concepts, except that a surprising
number of services and teams don’t take the steps necessary to ensure
that the required capacity is in place by the time it is
needed. Capacity planning should take both organic growth (which stems
from natural product adoption and usage by customers) and inorganic
growth (which results from events like feature launches, marketing
campaigns, or other business-driven changes) into account.

Provisioning combines both change management and capacity planning. In
our experience, provisioning must be conducted quickly and only when
necessary, as capacity is expensive. This exercise must also be done
correctly or capacity doesn’t work when needed. Adding new
capacity often involves spinning up a new instance or location, making
significant modification to existing systems (configuration files,
load balancers, networking), and validating that the new capacity
performs and delivers correct results. Thus, it is a riskier operation
than load shifting, which is often done multiple times per hour, and must be treated with a corresponding degree of extra caution.

Efficient use of resources is important any time a service cares about
money. Because SRE ultimately controls provisioning, it must also be
involved in any work on utilization, as utilization is a function of
how a given service works and how it is provisioned. It follows that
paying close attention to the provisioning strategy for a service, and
therefore its utilization, provides a very, very big lever on the
service’s total costs.

Resource use is a function of demand (load), capacity, and software
efficiency. SREs predict demand, provision capacity, and can modify the
software. These three factors are a large part (though not the
entirety) of a service’s efficiency.

Software systems become slower as load is added to them. A slowdown in
a service equates to a loss of capacity. At some point, a slowing
system stops serving, which corresponds to infinite slowness. SREs
provision to meet a capacity target at a specific response speed,
and thus are keenly interested in a service’s performance. SREs and
product developers will (and should) monitor and modify a service to
improve its performance, thus adding capacity and improving
efficiency.2

2For further discussion of how this collaboration can work in practice, see “Communications: Production Meetings”