The BK BioReactor takes on the Gowanus Canal

The project was spurred by a U.S. Environmental Protection Agency plan to dredge and cap the waterway over the coming decade. 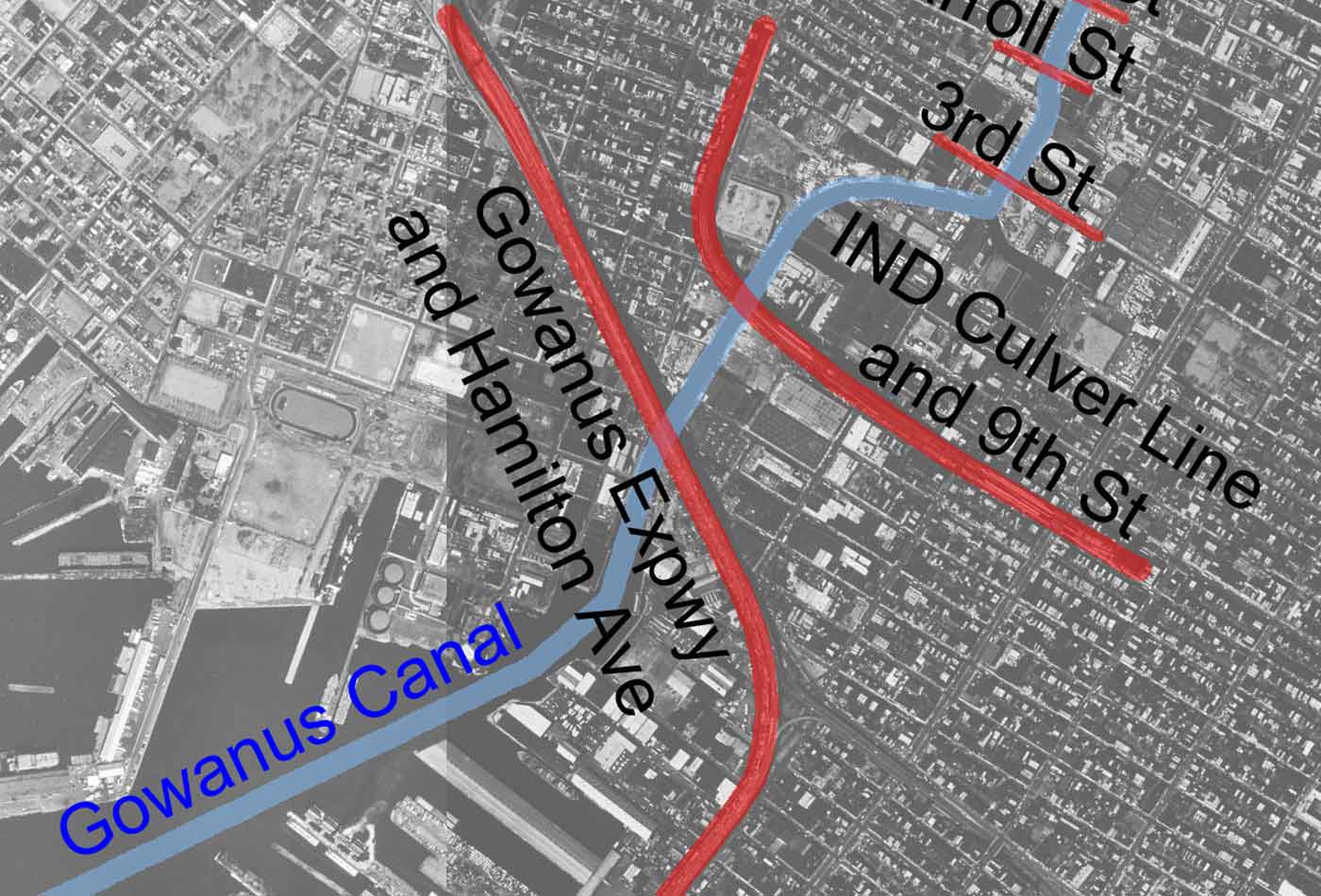 Brooklyn is perhaps New York City’s most vibrant borough, drawing the young, the visionary, and the entrepreneurial. Its restaurants express the cutting edge of culinary theory, and it’s a hotspot for IT and biotech start-ups. Maybe you still go to Manhattan to make money, but you go to Brooklyn to make a difference (and also some money, of course).

But it’s not all high-end brewpubs and succulent tapas for Brooklyn. The borough has some problems, many of them the legacy of long human habitation. Case in point: the Gowanus Canal.

Originally a network of tidal creeks and wetlands rich in fish and wildlife, the canal was transformed into a shipping hub in the 19th century, evolving into the nation’s busiest commercial channel in the years following World War 1. But such intensive development exacted a price. Decades of industrial discharges, sewage outflows, and contaminated runoff made the canal one of the country’s most polluted waterways by the end of the last century.

Today, the 1.8-mile canal has lost its industrial and maritime preeminence. The dire legacy of its commercial glory years, however, endures. While it still serves as a conduit for the transportation of fossil fuels and scrap metal, the canal is most notable—or notorious—as a Superfund site. Clean-up efforts are underway, but the water in the canal remains a toxic, fetid brew laced with heavy metals, raw sewage, and polycyclic aromatic hydrocarbons. Dissolved oxygen levels are a mere 1.5 parts per million (ppm), far below the 4 ppm minimum required to sustain life.

Actually, that last statement should be amended. Yes, the water in the Gowanus Canal is too polluted to support aquatic life as most people think of it. Any fish that moseys in from the East River will go fins up. It can’t even sustain oysters, which are pretty tough mollusks. But the canal still teems with life—microbial life.

“The bottom of the canal is covered by 10 to 15 feet of viscous, black, tar-like sediment,” says Elizabeth Hénaff, a New York bioengineer. “It’s an extremely rich environment for microorganisms. When we take a close look, we find there are two different environments that favor two broad categories of microbes. The first requires an anaerobic marine environment, and the second thrives in the human gut—due to sewage overflows, portions of the canal support robust communities of microbes that typically reside in the human intestinal tract.”

From a microbiologist’s point of view, then, the Gowanus Canal is an analogue of the Amazon or the Mariana Trench: a still largely unexplored biome teeming with organisms that beg for cataloging and study. And Hénaff and her colleagues—Matthew Seibert, Ian Quate, Ellen Jorgensen, Christopher Mason, and Benjamin Wellington—are up to the task. They’ve formed BK BioReactor, a collaboration designed, as the partners put it, to “investigate Brooklyn’s hippest Superfund.”

Hénaff observes the project was spurred by a US Environmental Protection Agency plan to dredge and cap the waterway over the coming decade. While the work is necessary to mitigate the public health and environmental threats posed by the contamination, such remediation will also obliterate the canal’s singular—albeit artificial and toxic—ecosystem.

“We’re discovering that these highly contaminated areas support microbial communities that are unique,” Seibert says. “They evolve in extremely polluted urbanized environments—in the case of the Gowanus Canal, over a period of 150 years. That fact alone qualifies them for taxonomic research, but they could also prove a source for cell products. We need to find out what’s there before they’re destroyed.”

The value of microorganisms that have evolved in an environment as contaminated as Gowanus is obvious to any microbiologist. Many of the microbes don’t merely exist with toxic elements and compounds; they subsist off them. That makes them promising agents for bioremediation efforts—though some tinkering inevitably will be required to maximize their potential.

“Their metabolic functions allow them to degrade toxic compounds, but they generally don’t do it fast enough for human time scales,” says Quate. “So to accelerate their desired functions, we can approach it from two ways. We can modify the bacteria to overexpress the relevant pathways, or we can modify the bacteria’s environment to favor the growth of the microbial communities we want.”
The first option is suitable for treating contaminated material in a controlled environment, says Hénaff.

“In the case of Gowanus, you’d dredge toxic material, isolate it, and treat it,” she says. “Obviously, you couldn’t release modified bacteria into the environment.”

The second strategy consists of creating built environments that encourage the growth of pollutant-degrading microbes. Hénaff observes that various substrates and shapes in nature encourage different microbial communities.
“Sea sponges and corals, for example, live in symbiosis with whole hosts of bacteria,” she says. “The little niches and cavities in corals and sponges create microenvironments where you get different pHs, temperatures, and water and nutrient flows. So we’re creating microbioreactors that allow us to experiment with canal sediment and water and different types of materials in different configurations. The goals are to identify the communities that foster the (toxic compound) degradations we want, and then nudge them toward greater efficiency.”

The researchers acknowledge the parameters of “greater efficiency” are still undefined. It’s possible that the degradation of toxic compounds could be accelerated rapidly, either by modified bacteria in isolated areas or through in situ strategies that focus on the manipulation of structures and materials in the built environment. On the other hand—well, it may prove difficult to improve on nature to any significant degree.

“Maybe we’ll find we can accelerate degradation from thousands (of microbial) generations to two,” says Seibert. “Or maybe it’ll only be a reduction to hundreds of generations. Or even less. We won’t know until we do the research. But this is a rich area for both microbial modification and urban design, and it needs to be pursued.”

Ultimately, the partners see BK BioReactor growing into a comprehensive research library for Superfund microbes. At Gowanus, the team hopes to install “smart docks” that can sample and evaluate the rich microbiomes teeming in the canal’s sediment; they also plan to outfit a boat that could serve as a mobile “branch” of the library.

“Ultimately, we could take it to other Superfund sites,” says Quate. “They all represent unknown territory, and that’s tremendously exciting. There’s no telling what we’ll find there.”