In the early days of the 20th century, department store magnate JohnWanamaker famously said, "I know that half of my advertising doesn'twork. The problem is that I don't know which half." That remainedbasically true until Google transformed advertising with AdSense basedon new uses of data and analysis. The same might be said about healthcare and it's poised to go through a similar transformation as newtools, techniques, and data sources come on line. Soon we'll makepolicy and resource decisions based on much better understanding ofwhat leads to the best outcomes, and we'll make medical decisionsbased on a patient's specific biology. The result will be betterhealth at less cost.

This paper explores how data analysis will help us structure thebusiness of health care more effectively around outcomes, and how itwill transform the practice of medicine by personalizing for eachspecific patient. 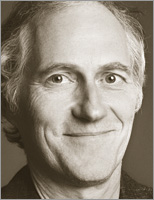 Tim O'Reilly is the founder and CEO of O'Reilly Media Inc. Considered by many to be the best computer book publisher in the world, O'Reilly Media also hosts conferences on technology topics, including the O'Reilly Open Source Convention, Strata: The Business of Data, the Velocity Conference on Web Performance and Operations, and many others. Tim's blog, the O'Reilly Radar "watches the alpha geeks" to determine emerging technology trends, and serves as a platform for advocacy about issues of importance to the technical community. Tim is also a partner at O'Reilly AlphaTech Ventures, O'Reilly's early stage venture firm, and is on the board of Safari Books Online, PeerJ, Code for America, and Maker Media, which was recently spun out from O'Reilly Media. Maker Media's Maker Faire has been compared to the West Coast Computer Faire, which launched the personal computer revolution. 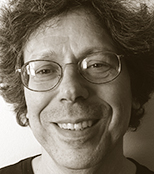 Mike Loukides is an editor for O'Reilly Media, Inc.. He is the author of System Performance Tuning and UNIX for FORTRAN Programmers. Mike's interests are system administration, networking, programming languages, and computer architecture. His academic background includes degrees in electrical engineering (B.S.) and English literature (Ph.D.). 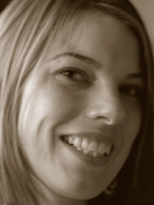 Julie Steele is Director of Marketing at Manifold, an artificial intelligence engineering services firm with offices in Boston and Silicon Valley. Julie was Director of Communications at Silicon Valley Data Science (SVDS), where she was instrumental in developing a strong sense of brand through content and design. Her experience on both sides of the content creation process began when she worked at O'Reilly, first as an Acquisitions Editor and then on the Strata conferences.

Julie is author and coauthor of multiple books, reports, and articles on data visualization and data science. She finds beauty in exploring complex systems, and thinks in metaphors. She is particularly drawn to the visual medium as a way to understand and transmit information.

Colin Hill is the president, chairman and co-founder of GNS Healthcare. He brings years of hands-on scientific experience to his role, with expertise in the areas of computational physics and systems biology.

Colin is a frequent speaker at international scientific and industry conferences and has appeared in numerous publications and television segments including The Wall Street Journal, CNBC Morning Call, Nature, Forbes, Wired, and The Economist. He serves as CEO and Chairman of GNS Healthcare's parent company Via Science, and chairman of the board of Fina Technologies, a subsidiary of Via Science that applies next-generation artificial intelligence technology to real-time financial trading. He also serves on the board of directors of AesRx, a biopharmaceutical company dedicated to the development of a new treatment for sickle cell disease.

In 2004, Colin was named to MIT Technology Review's TR100 list of the top innovators in the world under the age of 35. He graduated from Virginia Tech with a degree in physics and earned master's degrees in physics from McGill University and Cornell University.