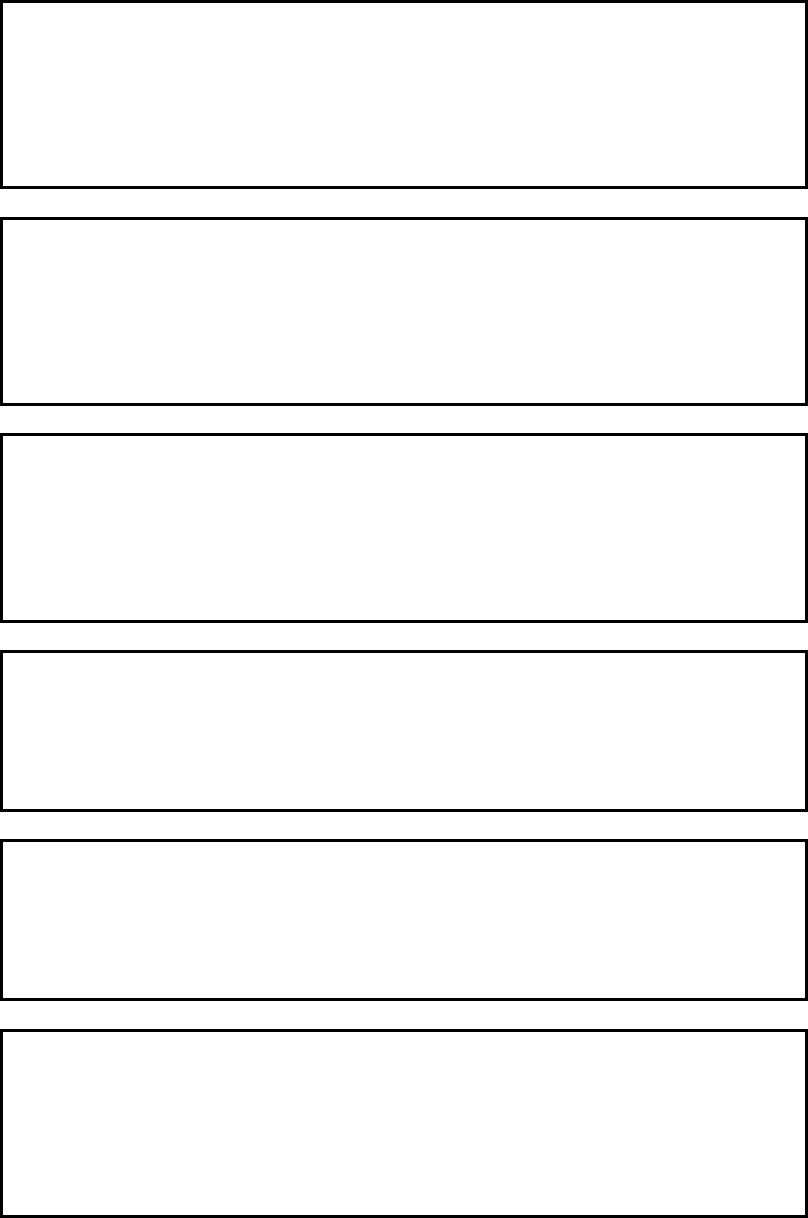 50 Activities for Team Building
85
Envelope Instructions
Envelope A
You represent Albertville.
Albertville has the largest concert hall.
Albertville is halfway between the Regional Airport and the
other cities.
Envelope B
You represent Barreberg.
Barreberg has a small but acoustically preferred concert hall.
Barreberg is a three-hour drive from the Regional Airport.
The Albertville concert hall has a very poor sound system.
Envelope C
You represent Cannonville.
Cannonville uses an outdoor arena for concerts.
Furntown has no capacity to market the concert and must rely
on the other five for help.
Envelope D
You represent Dale.
Dale is only 5 minutes from the Regional Airport.
Dale has limited hotel space.
Envelope E
You represent Edwardston.
Edwardston is located ten miles from Dale.
Edwardston has the smallest concert hall.
Envelope F
You represent Furntown.
Furntown has a medium-sized concert hall.
Located in Furntown is a major resort and spa that attracts
tourists from all over the world.
50 Activities for Team Building
87
Observation Guide
Instructions
Using this sheet as a guide, observe the various roles, demonstrated behaviors and the
impact those behaviors have on the success of each team member. Be prepared to
provide feedback after the activity has been completed. Take notes.
To what extent were the following behaviors evident?
1. A clear team goal.
2. A clear communication structure.
3. Use of personal and hidden agendas.
4. Meeting management skills.
5. To what extent did the group achieve the goal?
a) Order of the concert tour
b) Number of concerts per city
c) The featured brochure element