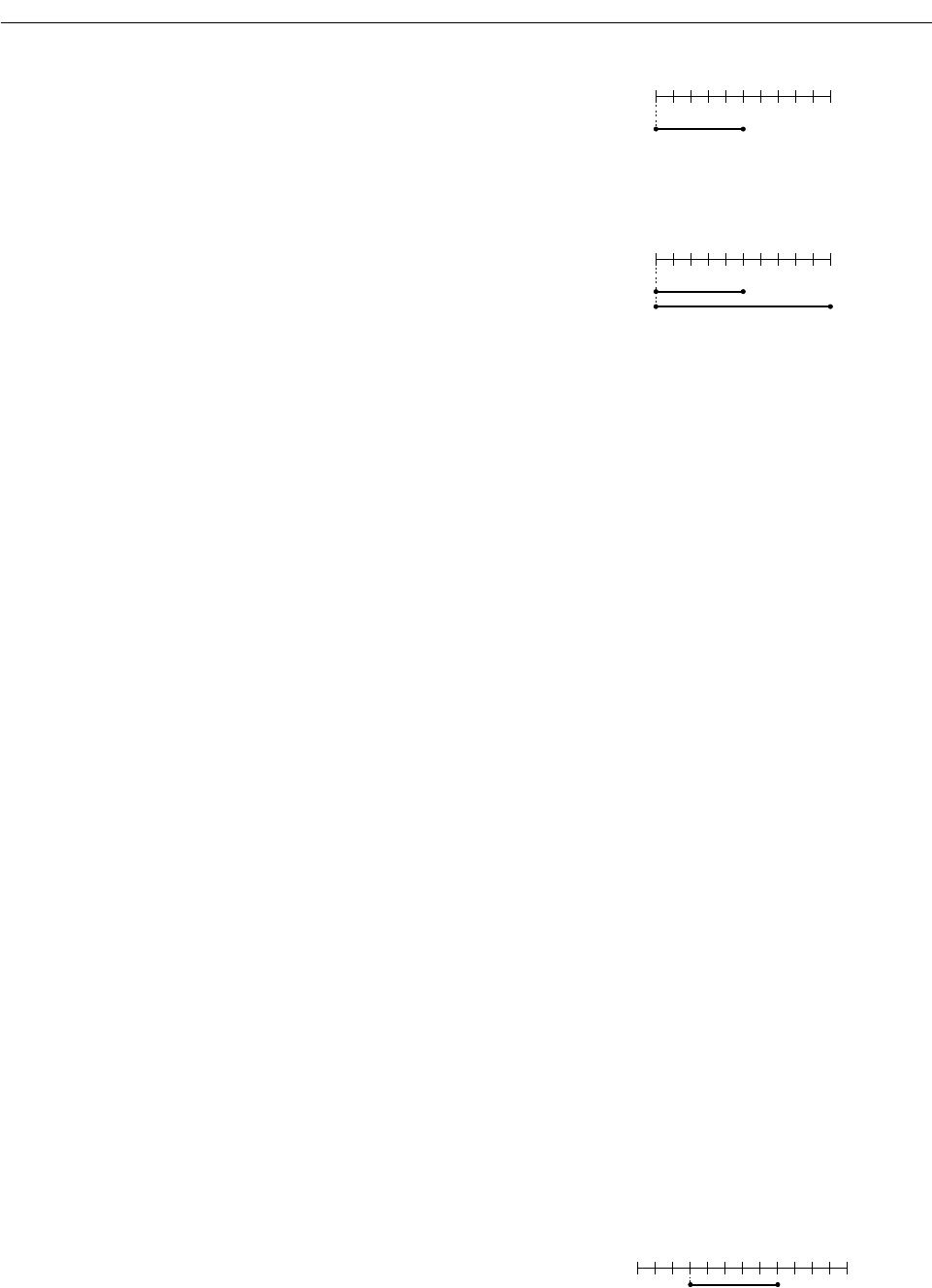 A Review
●
27
words “and” or “plus,” while the “-” symbol is often
employed to represent “minus” or “less.” If channels
1 through 10 and channel 15 are set to a matching
intensity of 25%, the command line might read “1 >
10 + 15 @ 25.” If channels 1 through 5 and channels
7 through 10 are all set to 70%, the command line may
read “1 > 10 - 6 @ 70.” For the purposes of this text,
the “>” symbol will indicate any continuous number
series, the “@” symbol will replace the word “at,” “+”
will replace “and,” and “-” will mean “minus.”
Depending on the manufacturer and model of
computer lighting console, some variation of this
command structure may be successful and achieve
the desired action. Or not. Some program languages
are reversed and require the channels to be addressed
after the intensities. Other languages, on the other
hand, are completely touch-based interfaces. In order
to understand and be assured that the proper pro-
gramming is taking place, the lighting designer must
undertake the effort to understand the program-
ming structure employed by that particular lighting
console. Some lighting designers write the console’s
name on their paperwork, in order to remind them
which one they’re working on at that moment.
Time Fades
Understanding time fades is fairly simple. On a manual
light board, the time fade assigned to a cue indicates
the amount of time that should occur between the
stage manager’s call and the moment the fade is com-
plete. Dimmers assigned to move in a light cue can be
divided into two categories: dimmers that move up (an
upfade) and dimmers that move down (downfade).
One example of an upfade cue is the first cue to
fade up into a scene from a black stage. A downfade
cue, on the other hand, is the last one at the end of the
scene, that fades the stage out to complete darkness,
a fade to black.
When discussing a computer light board, a time
fade is defined as the duration of time that occurs
between the moment the GO button has been pressed
(to load a memory into a fader) and the moment the
fade is complete (the memory is completely loaded).
In most computer lighting consoles, every memory
used as a light cue can be assigned a single time fade,
which determines the amount of time that will occur
for all of the channels to complete their movement. If
memory 1 is assigned a 5-second time fade, it could be
illustrated with a time map, as shown in Figure 1.11.
The numbers across the top show the number of
seconds. The time fade of memory 1 is shown as a
line with a dot at each end. The 5-second time fade
starts at zero, when the GO button is pushed, until
the fade is complete.
Some light boards have the ability to “split” the
time fade. All of the channels that move up can be
assigned a different speed than all of the channels
that move down. If memory 1 is assigned an upfade
time of 5 seconds and a downfade time of 10 seconds,
most consoles would display that time duration as
“5/10.” Figure 1.12 is a time map showing memory
1 with that split time fade assignment. Although the
upfade channels still take 5 seconds to complete, the
downfade channels in the same memory take 5 more
seconds to complete the overall fade.
Waits and Delays
Understanding waits and delays can be a bit more
involved. Both of these terms also refer to durations of
time, but they are separate from a time fade, and the
definition of the terms can interchange between manu-
facturers of different lighting consoles. These additional
time durations can be assigned to most memories used
as light cues. Consider two memories, memory 1 and
memory 2, each assigned a time fade of 5 seconds. For
our purposes, a wait is defined as the amount of time
that occurs between the moment at which the GO but-
ton is pressed and when memory 1 actually loads into
a fader. The wait affects only the memory to which it’s
assigned. Figure 1.13 is a time map that shows the effect
of assigning a wait of 3 seconds to memory 1. After
the GO button is pushed, 3 seconds will elapse before
memory 1 begins its timed fade. The overall elapsed
time is 8 seconds. The value of this function is discussed
later in Chapter 13 when part cues are examined.
A delay, on the other hand, always implies a
“link” to another memory, usually the next memory
in sequence. For our purposes, a delay is defined as
012345678910
MEM 1
TIME 5
SECONDS
Figure 1.11 A Basic Time Fade
012 345678910
MEM 1
TIME 5/
10
SECONDS
Figure 1.12 A Split Time Fade
01 23 45678910 11
MEM 1
WAIT 3
12SECONDS
Figure 1.13 A Time Fade with an Assigned Wait