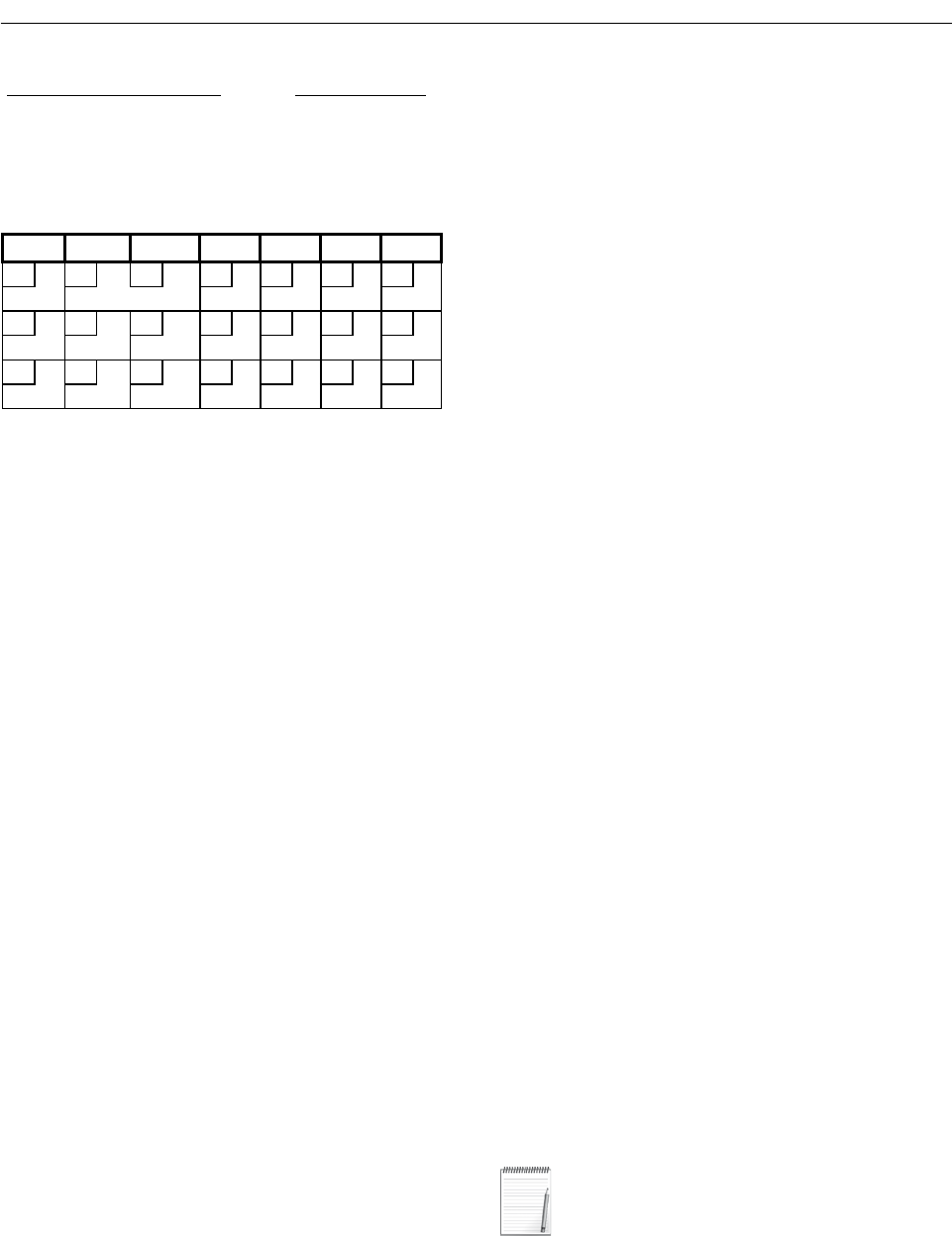 Background Preparations and Preliminary Design Paperwork
●
65
meeting may consist solely of the four dates included
in the top written portion of Figure 3.4.
In this case, three of those dates are included as
part of an otherwise-blank calendar, like the bottom
portion of Figure 3.4. A larger version of this calendar
may be passed out at the first production meeting.
While the rehearsals are important, this meeting’s
main scope focuses on the three subsequent dates:
the load-in, the first preview, and the opening night.
All departments quickly exchange all known infor-
mation about the scope of the piece, and their best
guesstimates regarding the amount of time required to
accomplish the large tasks. As each department agrees
to time demarcations, the calendar begins to get filled
in, and the production schedule begins to take shape.
Armed with only those three production dates
on the calendar, the lighting designer can still start to
make general assumptions, and provide input to the
production schedule. In this case, there are only nine
days between load-in and the first preview. Presuming
that April 13, the preview day, will involve no mean-
ingful tech work, and at least three or four days will
deal solely with tech, that leaves four or five days to get
the show’s lighting up, focused, cued, and ready for the
performers at the tech rehearsal. The rest of the depart-
ments in the show will be under the gun to match that
same deadline. Presuming that the producer wants to
limit work calls to eight-hour days until the cast gets
onstage, that means that there will be only 32 to 40
hours of stage time to be ready for the tech process.
Second, there’s only one week of previews;
presuming there are two matinee days (usually
Wednesday and Saturday), that means there will only
be three or four day rehearsal sessions once the show
is in previews. On those days there will presumably
also be morning work calls. With afternoon tech and
work note sessions, a plan will be required in order
to quickly set up and strike the tech table in the mid-
dle of the house. Adhering to that plan will provide
the most possible time at the table to view and make
corrections, and to watch rehearsals.
Initially, the schedule gets “talked through” once,
and the team’s initial challenges and concerns are dis-
cussed. Everyone takes their own notes on their own
calendar as each relevant deadline and agreement is
reached. After the meeting, the broad schedule is com-
piled by the production stage manager into a single
updated document to be distributed, compared, reviewed,
and discussed again at the next production meeting.
Because everyone’s schedule may be in such flux,
this first (and possibly only) production meeting may
take place at any given time: prior to or immediately
following the site survey, in the midst of the one-
on-one meetings, or just before the load-in. While it
seems out of sequence, (and it probably is), that may
just be how it happens. If the meeting takes place before
the lighting designer is fully versed about the demands
of the production and the desires of the artistic staff
(aka “up to speed”), some decisions may just have to
be delayed. The process may get temporarily derailed.
And when that’s the case, determine the informa-
tion required, schedule a time to reconvene with the
relevant parties, and move on.
On the other hand, sometimes a fundamental
decision must be made in order to move ahead. When
that’s the case, while everyone is aware that the deci-
sion in question may not be quite right, as long as
they mutually agree to potential adjustments down
the road, the choice can be made and the process can
continue to proceed.
A typical way of beginning this type of meeting is to
review each department’s current status, examine how
they relate to one other, followed by a discussion of the
next set of challenges or collaborative teamwork dead-
lines. The schedule is often reviewed in two parts; the
activities that take place up to load-in, and then through
opening. Sometimes show elements or specific transi-
tions are reviewed in order to convey decisions made in
one-on-one meetings to the rest of the group. If there
are large challenges that impact several departments, this
is the opportunity to air those concerns. If the problem
concerns solely negotiation with only one member at the
meeting, most folks recommend saving that discussion
for a future, smaller meeting.
Shelley’s
Note s
Shelley’s Notes:
Tips for Production Meetings
Here’s a list to consider before attending
production meetings:
• Bringapencilorpenandpapertotakenotes.Don’t
be the doofus who says “anybody got a pen?”
4 A 56 78910
11 12 13 14 15 16 17
1st Pre
18 19
20 21 22 23 24
Open
RRSaSu MTW
March 15, 2010
April 5, 2010
April 13, 2010
April 20, 2010
Hokey; A Musical Myth
Prod Schedule
Rehearsals begin
Load-in
1st Preview
Opening night (press)
Load-in
Figure 3.4 The Initial Production Calendar for Hokey