Get full access to Brilliant Manager, 3rd Edition and 60K+ other titles, with free 10-day trial of O'Reilly. 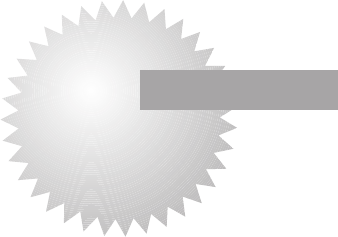 CHAPTER 4
Culture
M04_PEEL3231_03_SE_C04.indd 77 20/09/2010 14:45
M04_PEEL3231_03_SE_C04.indd 78 20/09/2010 14:45
O
ne of the signs that you are getting it right as a manager
is when your team behaves as you want without being
supervised or explicitly instructed to do so. A strongly
deﬁned culture within the team is an excellent way of achieving
this desirable state. If team members instinctively know ‘this is
the way we do things’ and ‘we don’t do things like that’ then
team members will tend to act in ways you approve of, and avoid
doing things you would disapprove of. More than that, there will
be peer pressure within the team for everyone to behave in ways
that are compatible with the team culture. Another desirable
consequence of the team culture reinforcing your own princi-
ples is that team members will be able to easily predict how
you would react to a particular set of circumstances. Hearing
someone say ‘I knew you would do that’ is not an indication
that you are unimaginative and dull, but should be taken as a
compliment of the highest order.
So how do you achieve a good, strong culture? Reiterating the
golden rule of management in a slightly different form:
Consistent behaviour by the leader sets the tone for the culture.
I have included the word consistent to stress that inconsistent
behaviour will very rapidly produce a dysfunctional culture.
Almost as bad will be if your words and your actions are incon-
sistent – in such cases your actions will set the culture, but your
personal standing will be severely undermined.
M04_PEEL3231_03_SE_C04.indd 79 20/09/2010 14:45

80 brilliant manager
Understand the existing culture
The chances are that you took over the running of an existing
team. You need to understand what culture you have inherited
and, in particular, what aspects of the culture are highly valued
by your staff. Changing any aspect of the existing culture will
need skilful and honest handling. Generally speaking, a wise new
manager takes their time to understand a new team and avoids
rapid changes of direction. A second inﬂuence on your team’s
culture will be if your organisation has strong cultural traits. For
example, if you work for an aggressive and combative organisa-
tion, you will have difﬁculty if you try to create a culture that
runs directly counter to this organisational bias.
I will split the remainder of the chapter into two parts. The ﬁrst
will be a discussion of the different sorts of culture that you may
want to create. The second part will discuss what techniques
you can deploy to change the culture in the directions that you
want – or, alternatively, that will change the culture in ways you
may not want if you do not plan your behaviour appropriately.
What sort of culture do you want?
As this book is aimed at the managers of the value creation within
an organisation, or those who provide a service to others who create
value, many of your team will deal with customers within or outside
the organisation. If this is the case I strongly suggest you have strong
cultural values about customer service. In the section on how to
create a culture I will return to customer service as an example.
Many strong cultures have extreme aspects to them. I want to
use this as an example of a common fallacy. A culture is a social
system, and any soft science that grows up around such complex
systems – be it management science, psychology or economics – is
very prone to incorrect suppositions of cause and effect. The fact
that strong cultures are usually extreme does not imply that by
M04_PEEL3231_03_SE_C04.indd 80 20/09/2010 14:45