Cyberethics: Morality and Law in Cyberspace, 5th Edition by Spinello

Get full access to Cyberethics: Morality and Law in Cyberspace, 5th Edition and 60K+ other titles, with free 10-day trial of O'Reilly. 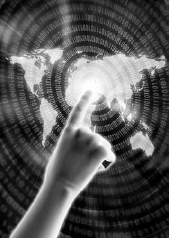 Vulnerabilities of the Net

The books and CDs for sale on the American Eagle Publications website seemed to go too far, even for the frontiers of cyberspace. At least that’s what the Federal Bureau of Investigation (FBI) thought when they were asked to investigate. The content in question contained the source code of popular viruses. Actually, these books and CD-ROMs were widely available on the Web thanks to many small enterprising companies who believed they could generate profits by selling do-it-yourself ...

Get Cyberethics: Morality and Law in Cyberspace, 5th Edition now with the O’Reilly learning platform.