Diary of a Hedgehog: Biggs' Final Words on the Markets by Barton Biggs

Get full access to Diary of a Hedgehog: Biggs' Final Words on the Markets and 60K+ other titles, with free 10-day trial of O'Reilly.

Turn Off Your Bloomberg and Tune Out the Babel

Here is what I wrote four days before my hip operation, and here is the chart of what the S&P 500 looked like. I now attach the title “Creepy Creeping.” I was still about 90% net long. The biggest contributor for the month of June was my holdings in Japan and particularly a China-focused Japan basket. I should have paid more attention to the weakness of my “Old U.S. Technology” basket and China and Hong Kong. I also had put a short on a basket we had built of “Global Luxury Retailers,” which went against me.

Well, we are back to where we were about a month ago, and I picked up a few bruises on the bumpy roller-coaster ride. I did nothing brilliant in June but at least didn’t get stopped out at the bottom as I’m afraid so many did. In fact I barely traded at all. I suspect the use of tight stop-loss limits is going to turn out to be the bane of the proprietary trading cult. A lot of P&L and head damage has been inflicted in the last week. As always, the barn doors are slammed after the horses have run and the victims vow in unison “never again.” The stop-loss mania is similar to the French building and relying on the Maginot Line in the 1930s. 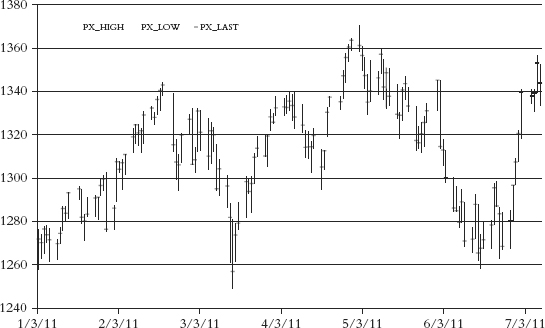 Get Diary of a Hedgehog: Biggs' Final Words on the Markets now with the O’Reilly learning platform.