B. Map from First to Second Edition

We restructured the second edition of Effective Perl Programming. We removed some chapters, such as “Object-Oriented Programming” and “Debugging,” that other books cover much better, and added new chapters for modern topics, such as “Testing” and “CPAN.” Of course, we kept and revised quite a number of the original chapters and Items, but shuffled them around a bit.

Table B-1 lists the Items of the first edition in order of appearance in the book and their corresponding Items in the second edition. 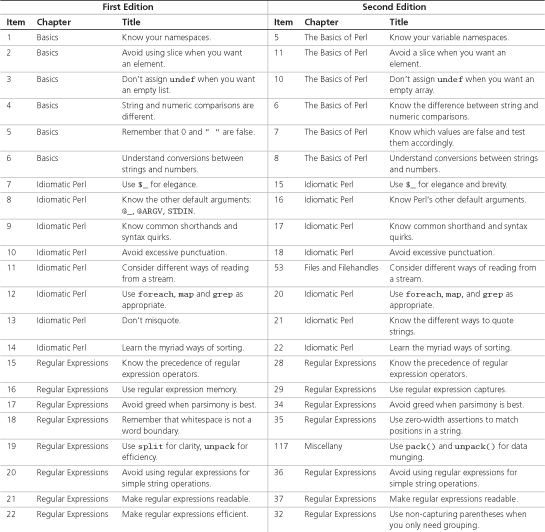