Get full access to Guaranteeing Performance Improvement: A Purely Practical Positive Approach and 60K+ other titles, with free 10-day trial of O'Reilly.

Start your free trial
Models for Success 129
Positive CORE: A New Approach
to Performance Improvement
Another model that is very useful is called Positive CORE.
3
Here is an analogy: Anyone who exercises regularly or works
out with a personal trainer knows that a major focus of high-
level fitness is to have a strong core. Your core is defined as
your abdominal, hip, and back muscles, which basically support
your entire body. That’s why there is such an intense focus on
strengthening the core for people who want to attain overall fit-
ness.
The focus on building a strong CORE began over 20 years
ago, except that it was to develop more “fit” business profes-
sionals. The objective then, as it still is now, was to link per-
formance interventions and performance improvement to an
enhancement process. I started focusing on strengths back
then and I continue to focus on them throughout this book.
While I called the programs Performance Enhancement Pro-
grams at that time, instead of Positive CORE, they were defi-
nitely the precursor to this new approach to performance
enhancement.
Positive CORE is an approach to performance improve-
ment/enhancement that was designed based on sport psychol-
ogy, positive psychology, and appreciative inquiry. With this
approach, performance consultants can identify the CORE
elements of an individual performer that make him successful.
While you can get a great deal of information from observing
one single performer and interviewing him about his perform-
ances, you can also involve all the stakeholders of an organi-
zation in an effort to determine, define, and describe how the
performance contributions of each individual have led the
organization to where it is, why, and how it functions as it does,
and how it accomplishes what it does. Positive CORE then
seeks to take the organization to another level of performance
by making it more effective, productive, and successful in all
areas by upgrading the current mental make-up, strengths, and
motivational involvement of its individual performers. 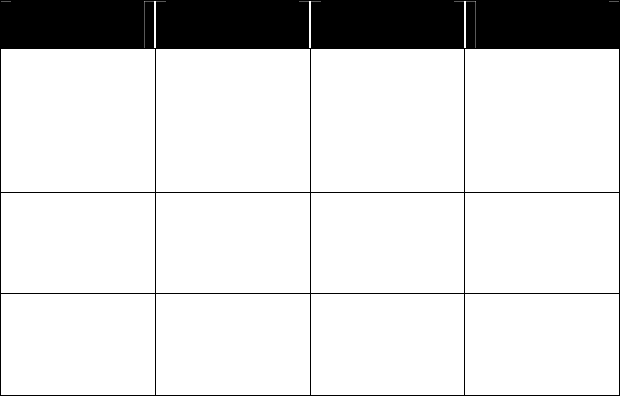 130 Guaranteeing Performance Improvement
The primary focus of Positive CORE is to identify suc-
cesses and strengths rather than weaknesses and areas for
improvements. Now this may seem a little counter-intuitive
considering the book is titled Guaranteeing Performance
Improvement; however, there is no discrepancy here. The
emphasis is placed on strengths to create a “multiplier effect”
so that they are increased and leveraged. A focus on strengths
will always motivate a performer to do better, which results in a
measurable and sustainable performance improvement (in
whatever manner you choose to define the term). The focus on
the positive puts people in a better frame of mind, motivates
them more to continue to achieve, and creates a virtuous cycle
of success seeking success.
The elements of the Positive CORE program for individual
performers are Confidence, Outcomes, Relationships, and
Engagement. Each of these elements has sub-categories that
make it up and are identified in the Positive CORE Elements
chart.
Positive CORE Elements
Confidence Outcomes Relationships Engagement
Self-esteem Objectives, ex-
pectations, and
reinforcements
based on adding
value to external
clients
Managers Commitment
Strengths and
talents
Measurement
and evaluation
and continual
improvement
Friends and
family
Emotions
Reinforcements
and conse-
quences
Results and
returns: finan-
cial, personal,
and society
Social, profes-
sional, and
community
Motivation and
optimism