How to Succeed with People: Remarkably easy ways to engage, influence and motivate almost anyone by Paul McGee

Get full access to How to Succeed with People: Remarkably easy ways to engage, influence and motivate almost anyone and 60K+ other titles, with free 10-day trial of O'Reilly. 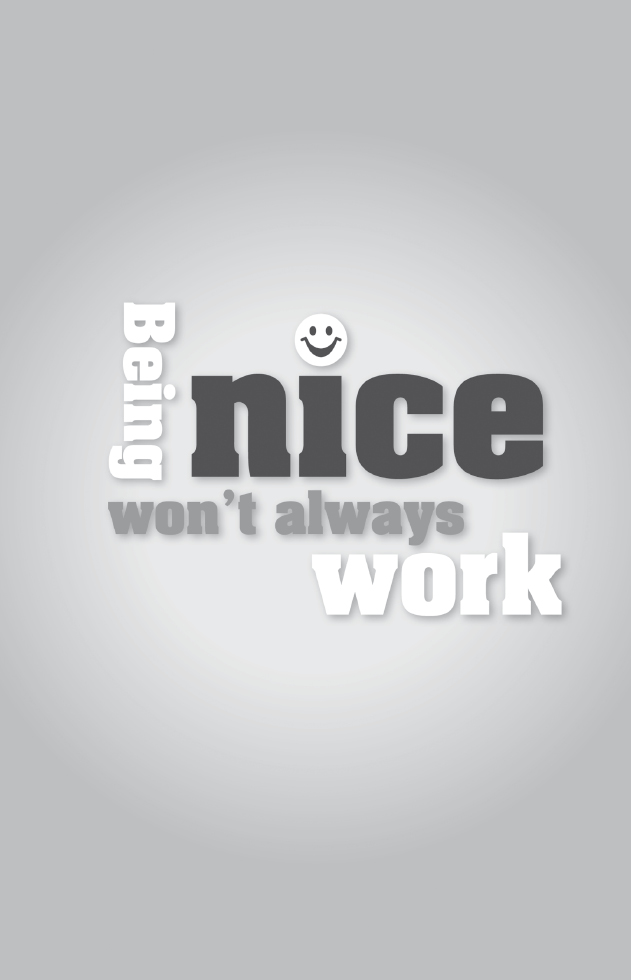 There’s a huge myth around dealing with people that states you should always be nice to them. Whilst I’m not advocating you be nasty I am suggesting that one of the reasons you could be failing with people is because you’re actually too nice.

I was talking to a woman who was bemoaning her new female boss’s recent arrival at the store where she worked. Morale had plummeted and I immediately leapt to the conclusion that this was due to the manager’s inability to motivate and deal with her staff.

I was wrong. Well, to a degree anyway.

The staff were demotivated, but not for the reasons you would expect.

Their new boss was a great ...

Get How to Succeed with People: Remarkably easy ways to engage, influence and motivate almost anyone now with the O’Reilly learning platform.