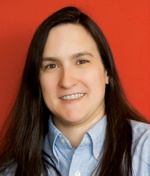 J.D. Biersdorfer (author) is the author of several O’Reilly books, including the first 10 editions of this book; iPad: The Missing Manual; Best iPhone Apps, Second Edition; and Netbooks: The Missing Manual. She’s been writing the weekly computer Q&A column for The New York Times since 1998 and has covered everything from 17th-century Indian art to female hackers for the newspaper. She’s also written articles for the AIGA Journal of Graphic Design, Budget Travel, The New York Times Book Review, and Rolling Stone. J.D. can be heard each week on the Pop Tech Jam audio podcast at www.poptechjam.com. She has a degree in Theatre & Drama from Indiana University. You can reach her at jd.biersdorfer@gmail.com. 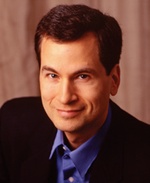 David Pogue (co-author) writes a weekly technology column for The New York Times and a monthly column for Scientific American. He’s an Emmy-winning correspondent for CBS News Sunday Morning, the host of NOVA scienceNOW on PBS, and the creator of the Missing Manual series.

He’s the author or coauthor of 55 books, including 28 in this series; six in the For Dummies line (including Macs, Magic, Opera, and Classical Music); two novels (one, Abby Carnelia’s One and Only Magical Power, for middle-schoolers); and The World According to Twitter. In his other life, David is a former Broadway show conductor, a piano player, and a magician. He lives in Connecticut with his three awesome children.

Links to his columns and weekly videos await at www.davidpogue.com. He welcomes feedback about his books by email at david@pogueman.com.

About the Creative Team

Peter McKie (editor) lives in New York City, where he archives historic images of his summer community. He has a master’s degree in journalism from Boston University. Email: pmckie@oreilly.com.

Kristen Borg (production editor) is busily planning her summer wedding. Now living in Boston, she hails from Arizona and considers New England winters a fair trade for no longer finding scorpions in her hairdryer. Email: kristen@oreilly.com.

Julie Hawks (indexer) is an indexer for the Missing Manual series. She is currently pursuing a master’s degree in Religious Studies while discovering the joys of warm winters in the Carolinas. Email: juliehawks@gmail.com.

Marcia Simmons (proofreader) is a writer and editor who lives in Petaluma, California. She’s the author of DIY Cocktails: A Simple Guide to Creating Your Own Signature Drinks. Her personal blog can be found at marciaisms.com.

I would like to thank David Pogue for suggesting this book to me way back in 2002, and for being a terrific editor through the mad scramble of the first two editions. Also thanks to editors Peter Meyers and Peter McKie for guiding me through the past ten updates. Thanks to Kristen Borg, Lesley Keegan, Ron Bilodeau, Katherine Ippoliti, Monica Kamsvaag, Rob Romano, Rebecca Demarest, Sara Peyton, Betsy Waliszewski, Laurie Petrycki, and all the folks at O’Reilly for all their help. Thanks to Apple for courteously providing the iPod images and to the assorted iPod accessory companies who made their photos available.

I’d also to thank all my friends and family (especially and most importantly, Betsy Book) for putting up with me every year when Apple announces new iPods and I disappear into my computer for several weeks, muttering incoherently and cranking up the show tunes and bluegrass playlists to a hearty volume.

Missing Manuals are witty, superbly written guides to computer products that don’t come with printed manuals (which is just about all of them). Each book features a handcrafted index and cross-references to specific pages (not just chapters). Recent and upcoming titles include:

iPhoto ’11: The Missing Manual by David Pogue and Lesa Snider

Office 2011 for Macintosh: The Missing Manual by Chris Grover

Switching to the Mac: The Missing Manual, Mountain Lion Edition by David Pogue

For a full list of all Missing Manuals in print, go to www.missingmanuals.com/library.html.