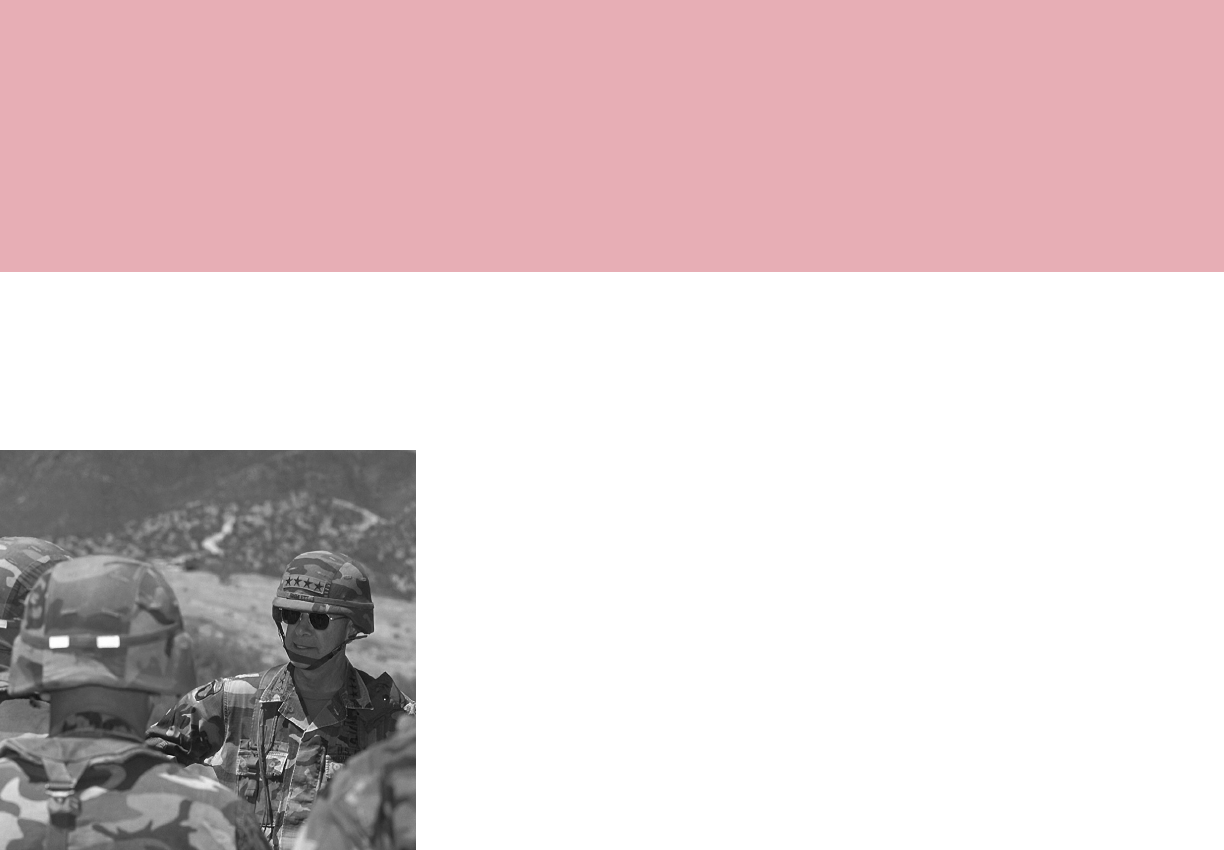 Leading a Changing Workforce
Lessons from the U.S. Army
LIA • VOLUME 21, NUMBER 3 • JULY/AUGUST 2001
8
A
The end of the military draft and the transition to a force of all volun-
teers posed a huge reengineering challenge for the U.S. Army. The
challenge was made even more acute by budget cuts and downsizing.
The principles the Army followed to emerge as a strong, effective
organization provide a road map for civilian organizations that are
also grappling with dramatic change.
by Gene Klann
fter the Vietnam War, with
the move from a draft-based to an all-
volunteer force (AVF), the U.S. Army
faced a formidable challenge: main-
taining and improving itself while
dealing with a changing workforce.
In meeting this challenge, the Army
followed several important principles
that can be of value for other organi-
zations today as they, too, strive for
excellence with a dynamic workforce.
The transition to an AVF caused a
dramatic cultural shift in the Army. It
became a highly diverse organization
with a large percentage of women,
African Americans, and Hispanic
Americans. This force was notably
successful in the Gulf War, but with
the end of the Cold War the Army
had to go through a downsizing of
600,000 soldiers and a budget cut of
more than 40 percent. At the same
time it was performing peacekeeping,
disaster relief, and nation-building
missions in places such as Bosnia,
Haiti, Kosovo, Rwanda, and Somalia;
continuing a presence in South
Korea, Panama, and Kuwait and with
NATO in Western Europe; and main-
taining a high state of readiness for
combat—the Army’s raison d’être.
This was all done during a period of
extended U.S. economic prosperity,
which increased the difficulty of
recruiting and retaining soldiers. The
principles the Army followed, how-
ever, enabled it to not only survive
but thrive.
CHOOSE GOOD PEOPLE
High-performing organizations must
have high-quality personnel. The
standards of the draft had been noto-
riously low. For the AVF, personnel
selection standards were constantly
reviewed and upgraded. One key was
to accept primarily high school grad-