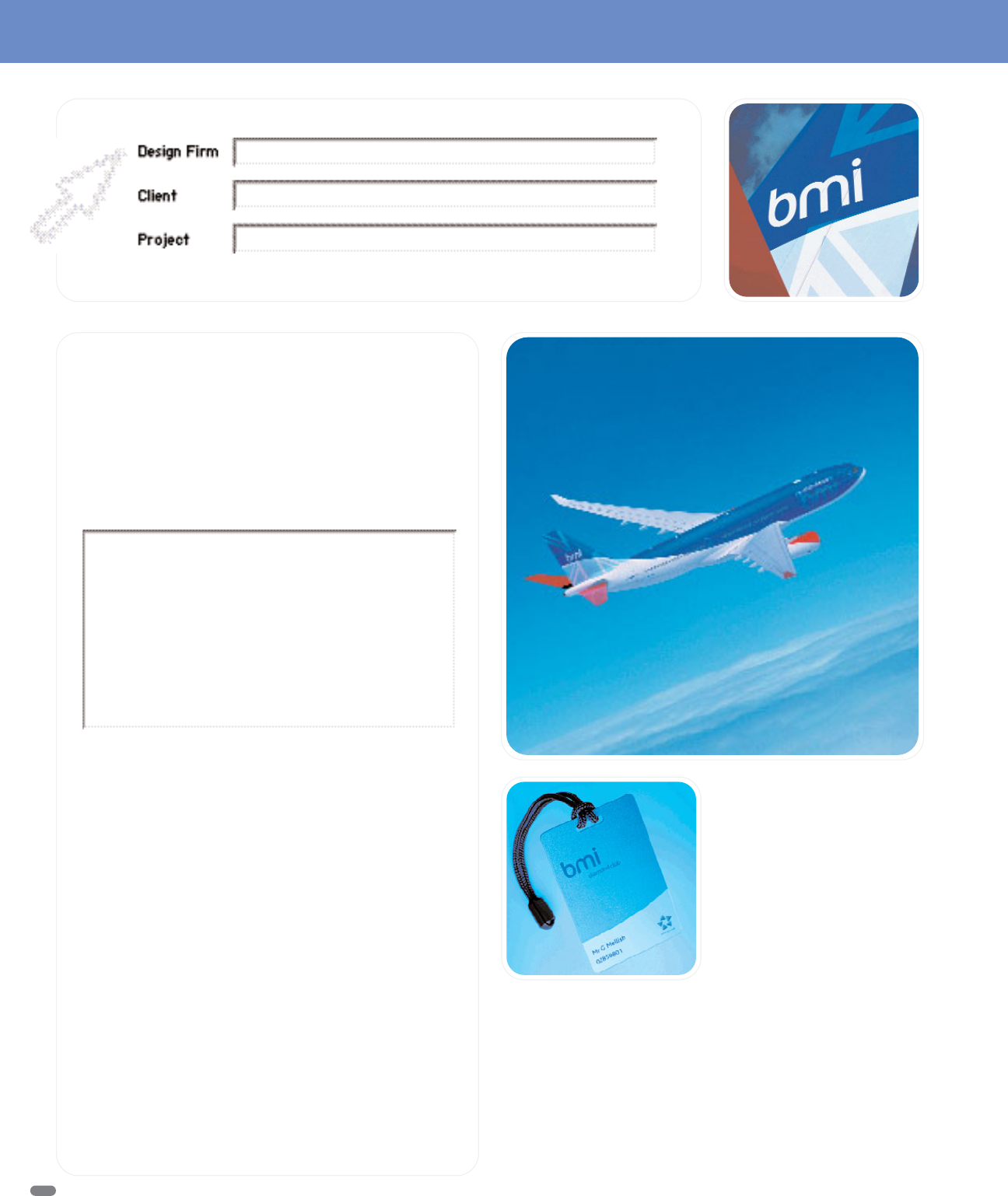 26
Blindfold a hapless airline passenger and seat him inside almost
any aircraft or in any airline lounge, and it’s likely he will not be
able to identify the brand environment in which he is ensconced.
Most airlines, points out Peter Knapp, executive creative director
at Landor Associates, offer their customers a bland, undifferen-
tiated experience. They all want to play it safe and are always
looking sideways at each other, not wanting to step too far out
of line.
So when British Midland came to Landor in need of brand revi-
talization, Knapp saw an opportunity for the airline to break
away from the pack and emerge as a stylish, relevant, and
unique frontrunner.
British Midland had grown from a small domestic airline into a cor-
poration beginning to offer trans-Atlantic ﬂights. But even though
the airline was ﬂying all over Europe and to North America, con-
sumers still viewed it as a domestic, or at best regional, carrier.
British Midland did have a lot going for it, however: an excellent
reputation for being a friendly, welcoming airline—unlike the “stern
headmistress” attitude many other outﬁts had—and for offering a
more relaxed, elegant, service-based ﬂying experience. The com-
pany wanted to expand its business and become a world player,
but it was crucial to retain the softer, friendly aspect of its per-
sonality that had made it known and loved in the U.K. and Europe.
“[British Midland] is known for doing things well. What it offers is
more like sailing and less like being in a powerboat,” Knapp says.
Landor Associates
British Midland
Corporate Identity
Landor Associates’ work for bmi
cuts through and commands
attention. It stands out without
being violent.
(Top) The new bmi identity is a
smart mix of traditional British
elements like the Union Jack
and modern touches like
the fresh color scheme and
welcoming typography.
(Middle) By far the largest
canvases for exhibiting the
new identity are the bmi air-
craft. Here, the soft, languid
curve the designers call the
sailing curve is applied to the
entire craft, even in combina-
tion with the Union Jack on
the plane’s tail.
(Bottom) The elegant sailing
curve is the only decoration
this luggage tag needs. The
quiet graphics embody bmi’s
message that theirs is the more
pleasurable way to travel.