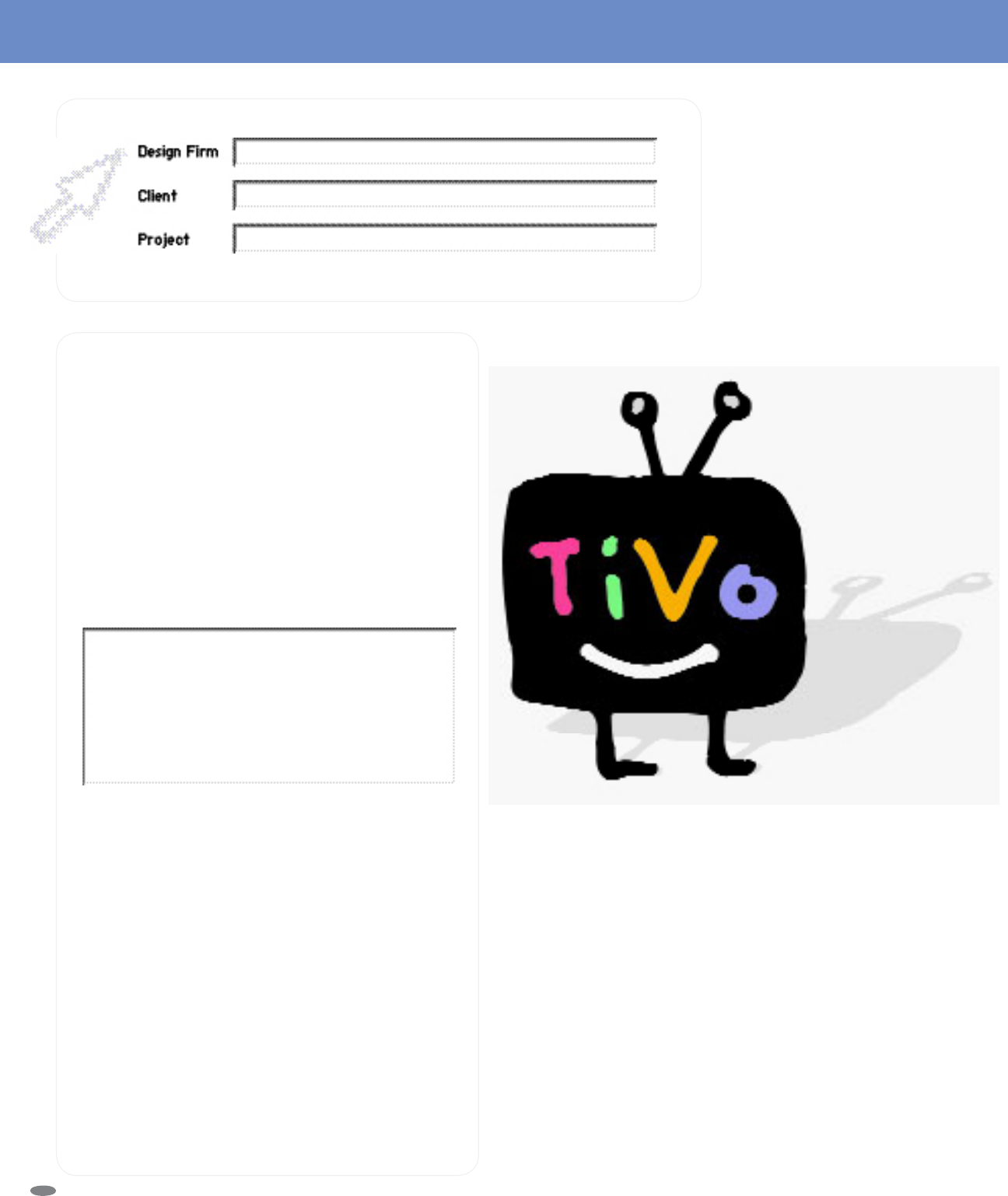 32
About two-thirds of the Cronan Group’s business is naming
assignments. And most of the time, the clients already know
what they want, says principal Michael Patrick Cronan.
“Almost every time, the clients provide the answers. They just
don’t know that they know them,” he explains.
When the developers of TiVo came to the Cronan Group with a
revolutionary product in need of a like-minded name—the moni-
ker Teleworld was being used as a placeholder company name—
they knew they had something very different. The question was,
how could they let consumers know that, although TiVo is a tele-
vision-related product, this digital technology is as unlike regular
TV as radio is unlike the Internet?
Teleworld—now TiVo—allows users to program their televisions
so they can view what they want when they want to, without hav-
ing to bother with videotapes. Instead, a large hard disk records
and plays back the programs you like.
“But the real essence is not the hardware, it’s the software,” says
Cronan. “It can go out and ﬁnd out what you as a viewer like. For
example, one of my kids was having a tough time with French
Revolutionary history at school. My wife Karin [Hibma] went
through TiVo to ﬁnd shows about it and had him watch two shows
per night until he had a better understanding of the subject.”
Mike Ramsay, CEO of TiVo, brought Cronan in early and set the
bar high, says Cronan. “I had worked with Mike on other large
projects,” the designer says. “He has a way of tossing a big
challenge to you in a low-key way. When they gave me the
corporate presentation, and my jaw was hanging open with the
Cronan Group
TiVo
Corporate Identity and Naming
This impish character has become the personiﬁcation of
the TiVo brand: He wears his mantle with style. This version,
created by the CronanGroup, was later further modiﬁed by
Pittard Sullivan.
Cronan says the impact of the main
character won’t be watered down
by adding other little characters. 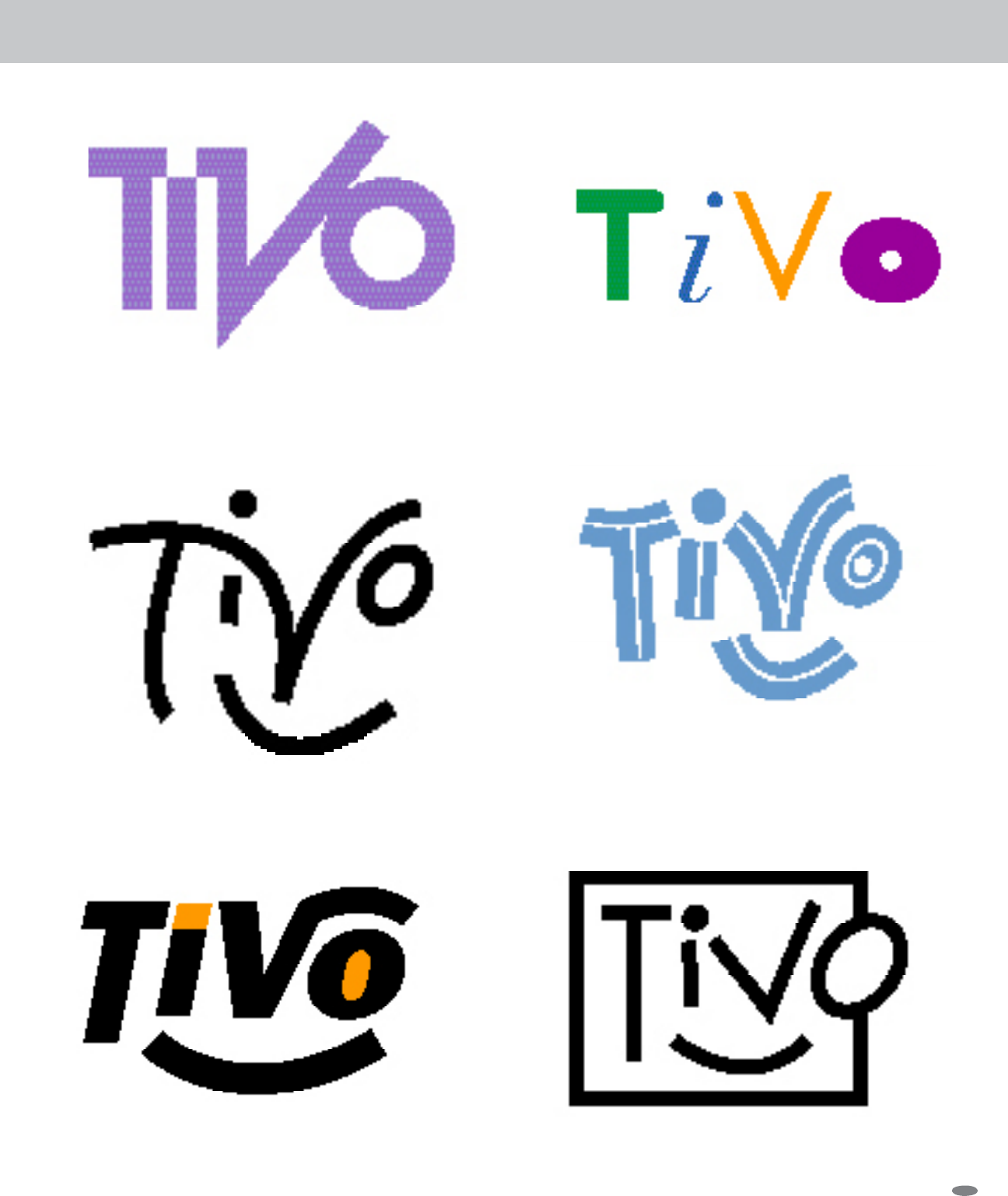 33
The TiVo character underwent a long period of
exploration in the studios of the Cronan Group. This
squib is what principal Michael Patrick Cronan calls
a “preliminary and very lame letterform study.”
But from the ﬁrst letterform studies emerged this
version, in which the designers discovered a face.
Here the face became more reﬁned, and actually is
very similar to the one in the ﬁnal design.
“An attempt to give the letterforms more mass
takes it in the wrong direction,” says Cronan.
At this point, Cronan says, the team really got
off track.
“Here,” jokes Cronan, “TiVo goes undercover
as a tech nerd.”