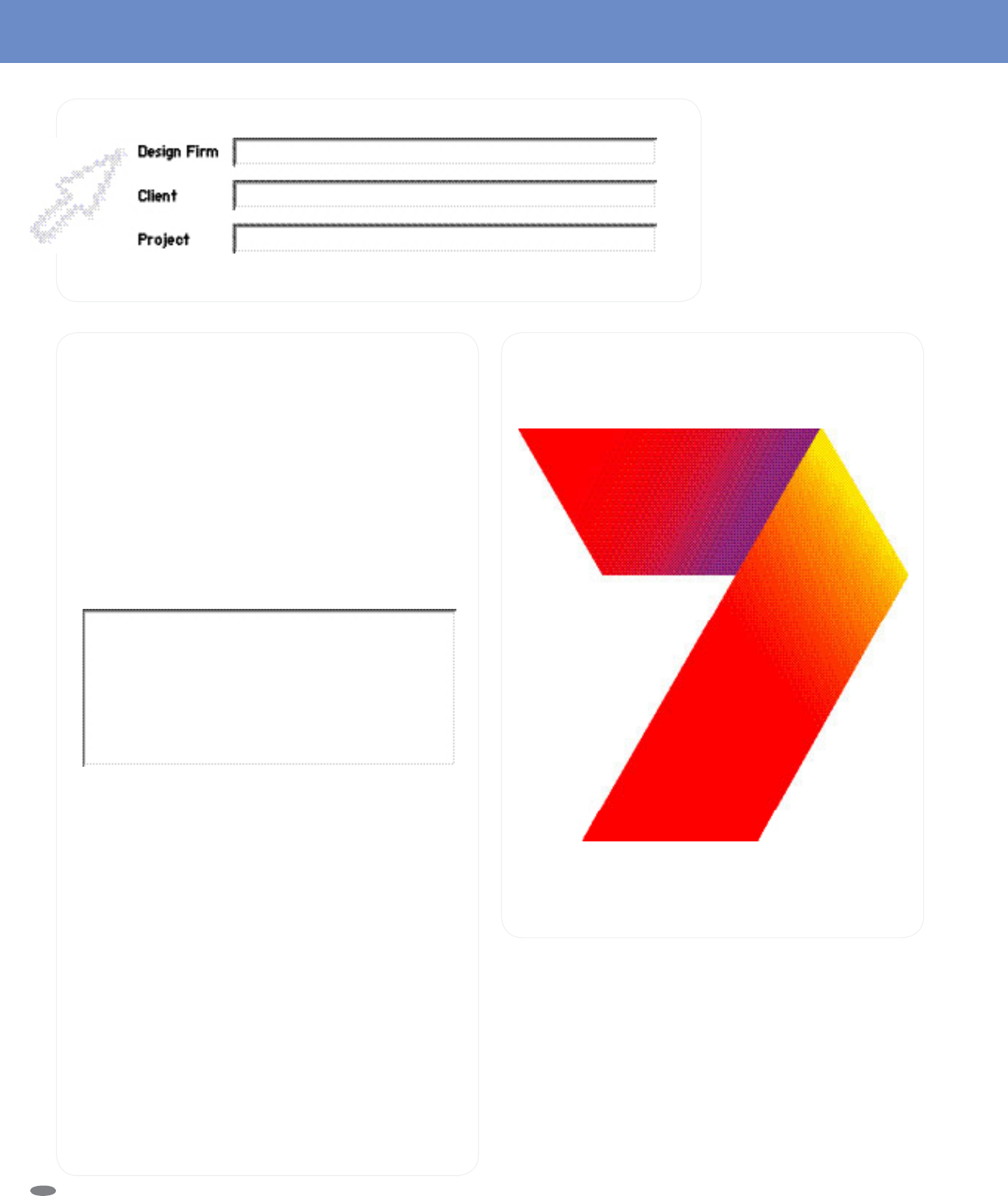 38
Television was introduced to Australia in 1956, just in time to
cover the Melbourne Olympics. There were three channels at the
time: 2, 7, and 9. After years of competition and many identity
changes, Channel 9 emerged as the ratings winner just prior to
the Sydney-hosted Olympic Games in 2000, and runner-up
Channel 7 de-cided it was time for an identity makeover for the
Games and the new millennium.
The station called in Cato Purnell Partners for help. When the
design ﬁrm began working with the client, Channel 7 was using
a red numeral 7 with a circle around it as the main element in its
identity. Trouble was, this was an unremarkable mark that was
identical to ones being used in the U.K. and the U.S.
A secondary element in the identity was a color bar of ﬁve colors,
originally added to the identity to signify the advent of color TV.
That was an outdated symbol, though, because all television
stations broadcast in color today.
Nevertheless, the client wanted the bar in the design. “When I
was introduced to the project, the job seemed very straightfor-
ward to them,” recalls principal Ken Cato. “They said, ‘Put [the
number and the bar] together, and what are you going to do with
the 7?’ And I did look at every type book on the planet, looking
for the best-looking 7.”
About a week before the presentation, Cato still hadn’t found a
numeral seven that really stood out. Then he had a eureka
moment.
“I have a habit of making scribbles on pieces of paper—I tore a
strip of paper into the basic proportion of the color bar and told
someone, ‘It needs to be as simple as this.’ Then I folded the strip
Cato Purnell Partners
Channel 7
Corporate Identity Redesign
Australia’s Channel 7 is widely recognized across the country by
this very simple, yet dimensional shape.
“And I did look at every type
book on the planet, looking for
the best-looking 7.” 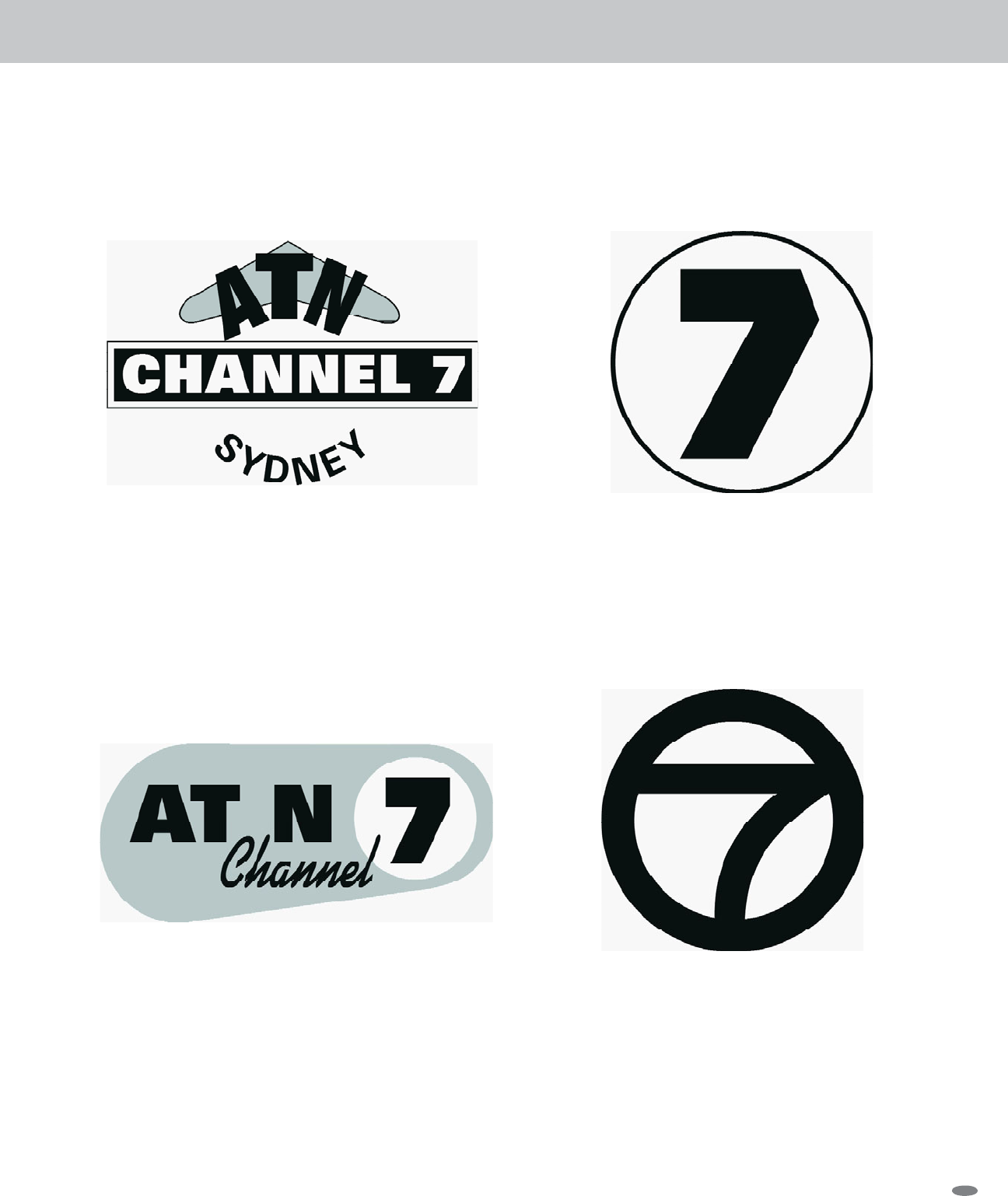 39
When television was introduced to Australia in 1956, there were
only three channels. Channel 7, the Australian Television Net-
work, was one of them, and this was its logo at the time.
In 1956, a more modern, distinctive mark was developed.
The folded-ribbonlike 7 centered in the circle was also used in
other iterations in the 1950s.
Then, in 1966, this strangely distorted logo was introduced.
Unfortunately, it was very similar to a mark being used in the
U.S., and the network wanted their mark to be unique.