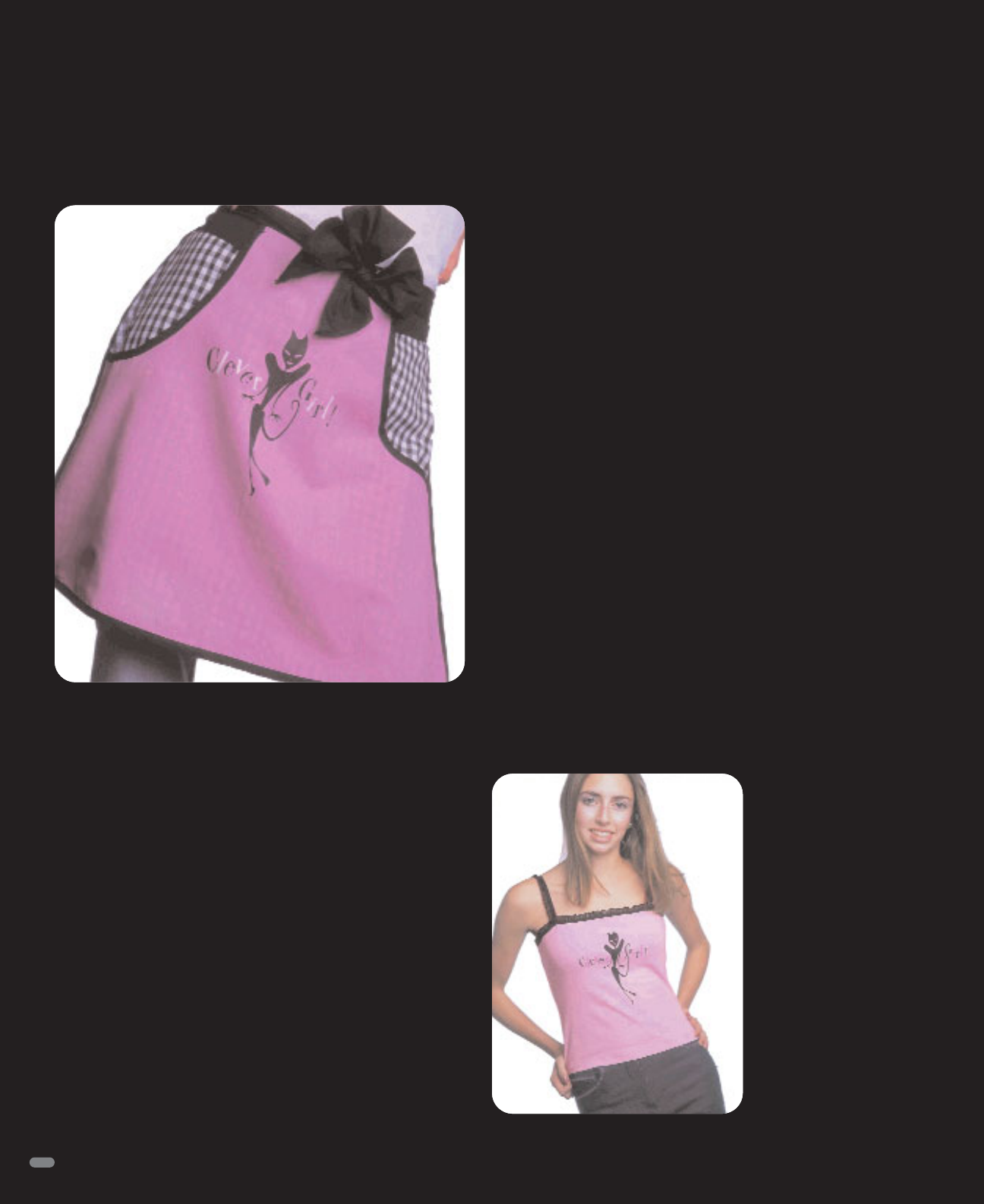 Jay Vigon compares the doodling he does to unearth his slightly
bizarre and very charming Made on Earth characters to auto-
matic writi ng.
“I am not thinking about what I am doing,” says the MOE brand
founder. “The shape emerges, and only then do I start to think
about it.”
Made on Earth is what you might call an accidental brand. Vigon
and his wife Margo opened a retail store that they intended to
serve primarily as a gallery for their work, not as an incubator for
a brand. Sales of clothing and other items imprinted with their
tribe of Made on Earth characters and their saucy messages were
strong, however. Each message, such as “Boys w
ill be boys,” “It’s
good to be king,” “Crybaby,” or “ Sleepy kitty,” has its own char
-
acter or graphic that appeals to shoppers visiting the store and
the company’s Web site. Sales figures have topped a million dol-
lars, which proves, V
igon says, that there is something in the MOE
mix for just about everyone.
And the brand continues to develop. There is an ebb and flow to
the popularity of some of the characters, Vigon says. In essence,
the Made on Earth identity is based on dozens of logos, some of
which have come and gone over time. One cornerstone of the
brand is Clever Girl—
half-cat, half-girl, and 100 percent sass.
“I drew this character a long time ago, but it didn’t have a name. I
just hung it on the wall of my studio and for three or four months, I
just thought about it. Then one day ‘Clever Girl’ just popped into my
head, and I scribbled that on the art. Somebody from the store saw
it and loved it. That’s usually how these things work,” Vigon explains.
Using multiple logos under the umbrella of the MOE brand is not
traditional for such a small company. Usually, a company hangs
everything on a single mark that it hopes will be absolutely unfor-
gettable and permanent. The fluidity of MOE
’s identity has been
ahit with individual consumers, but now Jay and Margo are clos-
ing the retail store and moving their operation into wholesale and
its requisite licensing, the next logical step.
“When you are shopping for licensing, you need characters with
good track records, which ‘Clever’ has,” says Vigon. “We know
we will have to pare down the list. We have about twelve charac-
ters now and will study their trends. If one doesn’t hold up, we
will pull it. We will also test two or three new marks each year.”
Made on Earth
Multi-Logo Identity
Jay Vigon Design, Studio City, CA
108