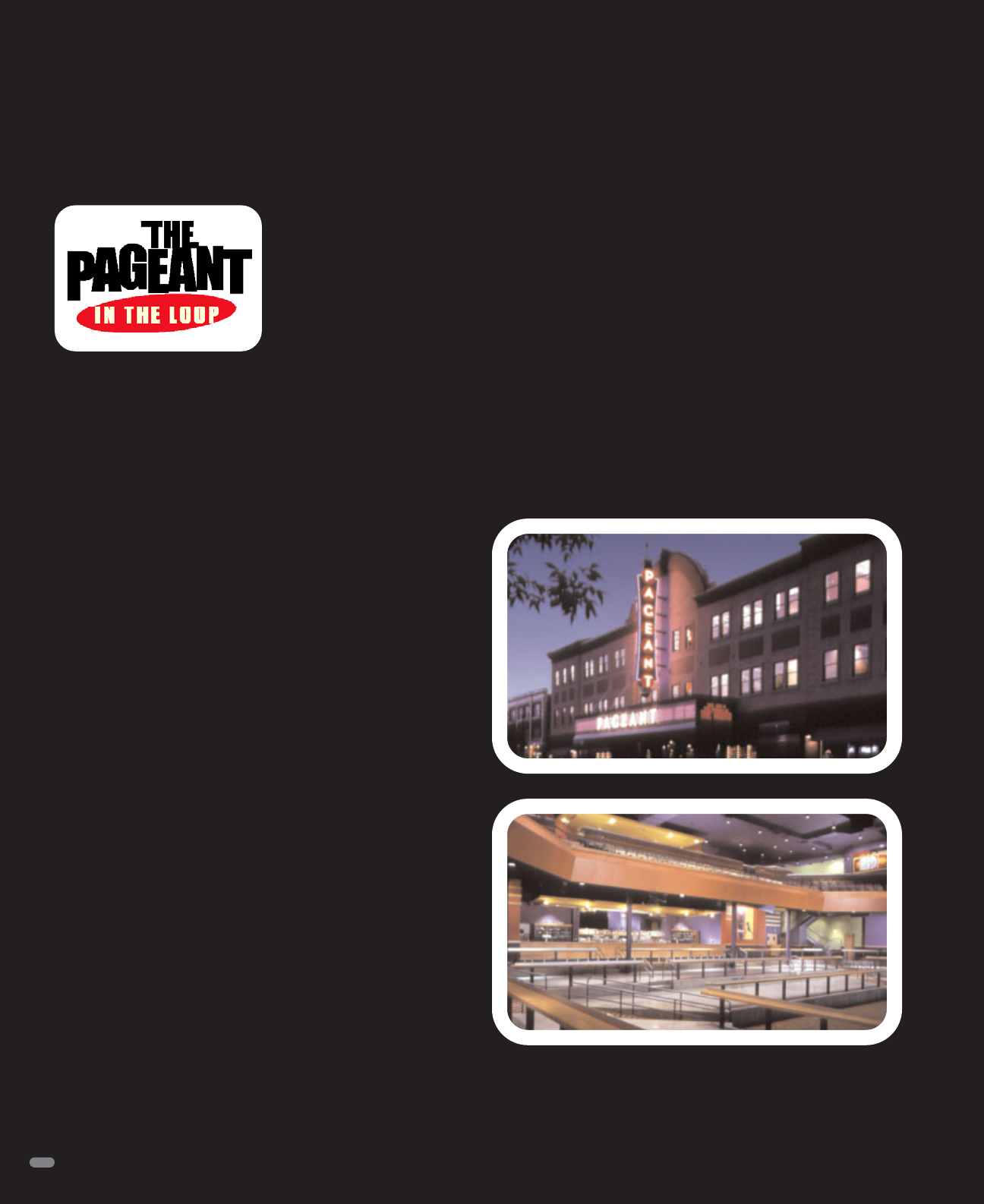 128
Kiku Obata & Company re-
cently completed an identity
and architectural/interior de-
sign project that afforded it
aunique opportunity: to de-
sign a completely new office
space for itself.
The Pageant is a brand-new building in St. Louis’s eclectic “Loop”
neighborhood. The 50,000-square-foot (4,645-square-meter),
three-story building has four components: The Pageant, a 33,000-
square-foot (3,066-square-meter) live entertainment club; The Halo
Bar; two street
-level retail spaces; and 14,000 square feet (1,301
square meters) of ofﬁce space now occupied by Kiku Obata’s team.
Obata’sclient, developer Joe Edwards, wanted to create a vibrant
music venue that would become a city landmark. His brick-and-
stucco building was designed to match the neighborhood, and in
fact it looks almost as if it had been renovated, not newly built.
Kiku Obata’s designers created its remarkable marquee, a clas-
sic neon theater sign that glows invitingly against the building’s
yellowish color.
But the interior design and logo of The Pageant are anything but
classic. “The logo was meant to be dynamic and really move,”
explains principal Kiku Obata. Below the name, a circular shape
mimics a spotlight to highlight the new hot spot’s location in the
Loop. “The letters on the logo feel like they are moving,” Obata
says. “‘Grooves and moves, slams and jams, hip and hot, shim-
mies and shakes’ are all verbs we used as visual cues.”
The designers applied the same “action verb” mentality to the
business cards they designed for the client: “Joe Edwards’s card
reads ‘
Joe Edwards manages The Pageant,’” says Obata, “and
the custodian for the place would have a card that says, ‘John
Doe cleans The Pageant.’”
They continued the same sense of physical activity inside The
Pageant. Everywhere, there is color. The ceilings are a dark purple-
blue, except in the bar, where it is a rich, golden yellow. Bright hues
that accent the stairs and exits make way- finding simple, even
when the lights are low. The space is designed to hold many
different seating arrangements, depending on whether there is a
heavy metal band on stage or the Rams football game is being
shown on giant screens when the team is out of town.
Obata’s fi
rm’s office space tak es its design cues from The
Pageant. References to performance are everywhere, with scaf-
folding, backdrops, and stage lighting part of the scheme. Also, a
huge green curtain very like a stage curtain hides a storage area.
Whether designing an interior space or an identity, Obata says it
is crucial to define what kind of experience is being offered. “You
must understand the special qualities of the company, individual,
or space, and then be able to translate that understanding into
materials and sequencing,” she says.
The Pageant
Interior Design and Identity
Kiku Obata & Company, St. Louis, MO
Credits
©2002 Kiku Obata & Company
Photographer: Jon Miller, Hedrich Blessing Photographers