Get full access to Protecting Your Ideas and 60K+ other titles, with free 10-day trial of O'Reilly. 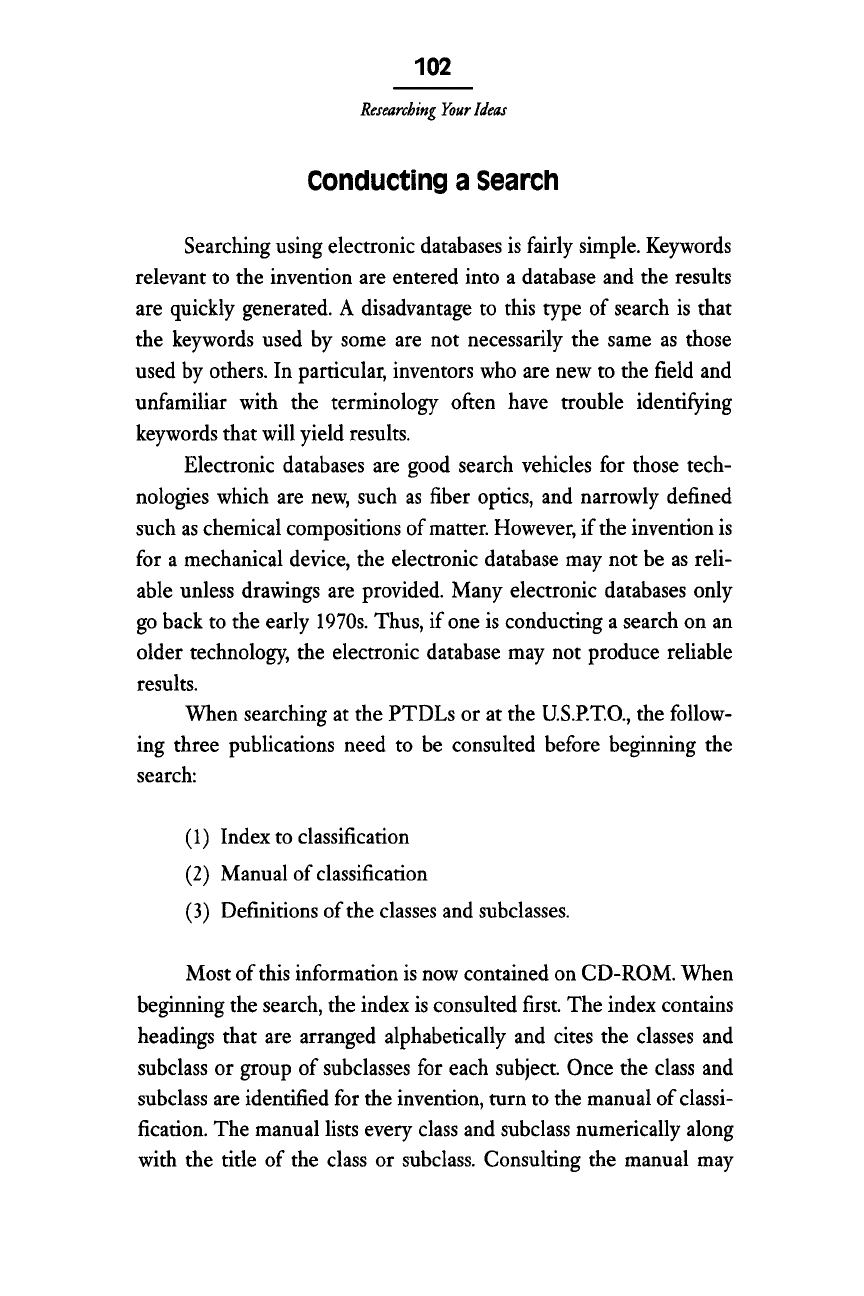 102
Researching Your Ideas
Conducting a Search
Searching using electronic databases is fairly simple. Keywords
relevant to the invention are entered into a database and the results
are quickly generated. A disadvantage to this type of search is that
the keywords used by some are not necessarily the same as those
used by others. In particular, inventors who are new to the field and
unfamiliar with the terminology often have trouble identifying
keywords that will yield results.
Electronic databases are good search vehicles for those tech-
nologies which are new, such as fiber optics, and narrowly defined
such as chemical compositions of matter. However, if the invention is
for a mechanical device, the electronic database may not be as reli-
able unless drawings are provided. Many electronic databases only
go back to the early 1970s. Thus, if one is conducting a search on an
older technology, the electronic database may not produce reliable
results.
When searching at the PTDLs or at the U.S.P.T.O., the follow-
ing three publications need to be consulted before beginning the
search:
(1) Index to classification
(2) Manual of classification
(3) Definitions of the classes and subclasses.
Most of this information is now contained on CD-ROM. When
beginning the search, the index is consulted first. The index contains
headings that are arranged alphabetically and cites the classes and
subclass or group of subclasses for each subject. Once the class and
subclass are identified for the invention, turn to the manual of classi-
fication. The manual lists every class and subclass numerically along
with the title of the class or subclass. Consulting the manual may 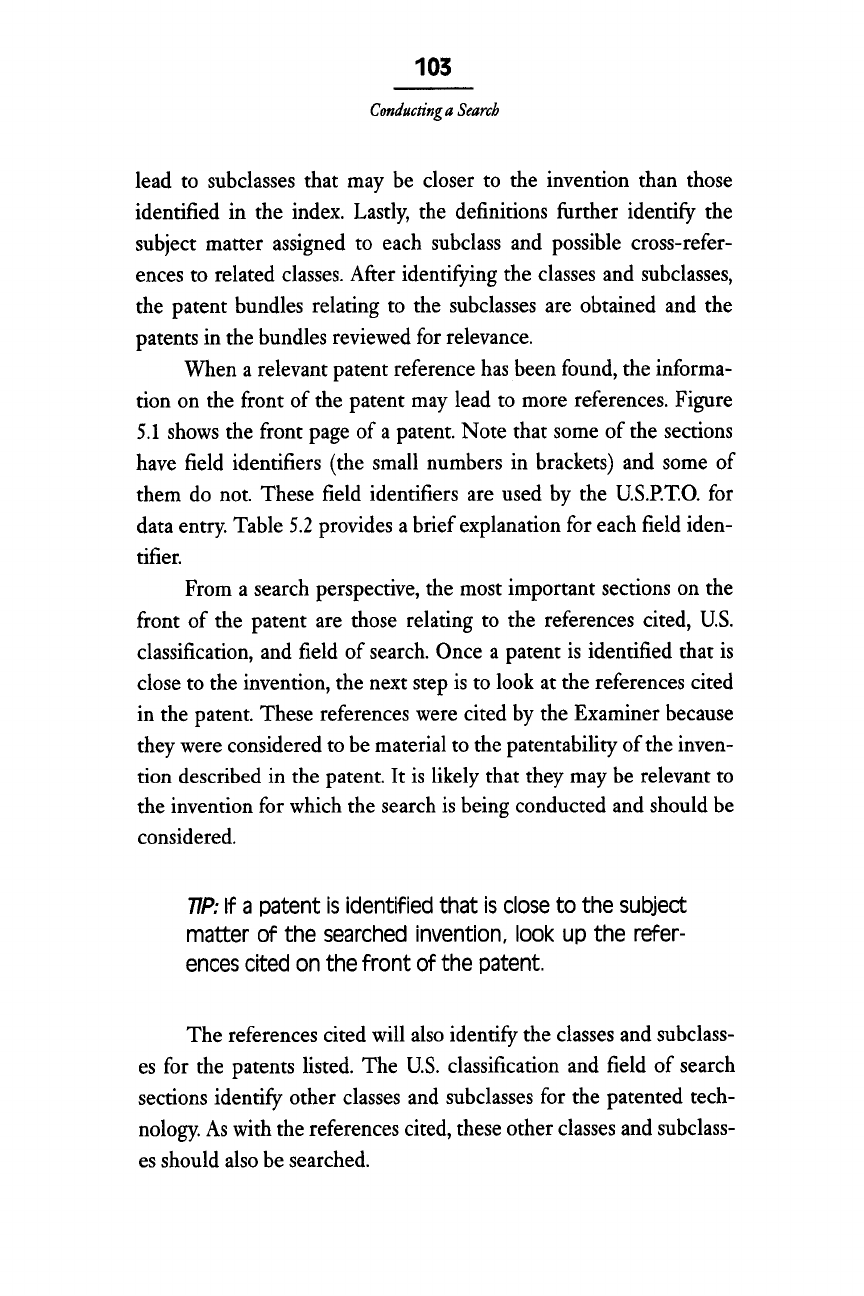 103
Conducting a Search
lead to subclasses that may be closer to the invention than those
identified in the index. Lastly, the definitions further identify the
subject matter assigned to each subclass and possible cross-refer-
ences to related classes. After identifying the classes and subclasses,
the patent bundles relating to the subclasses are obtained and the
patents in the bundles reviewed for relevance.
When a relevant patent reference has been found, the informa-
tion on the front of the patent may lead to more references. Figure
5.1 shows the front page of a patent. Note that some of the sections
have field identifiers (the small numbers in brackets) and some of
them do not. These field identifiers are used by the U.S.P.T.O. for
data entry. Table 5.2 provides a brief explanation for each field iden-
tifier.
From a search perspective, the most important sections on the
front of the patent are those relating to the references cited, U.S.
classification, and field of search. Once a patent is identified that is
close to the invention, the next step is to look at the references cited
in the patent. These references were cited by the Examiner because
they were considered to be material to the patentability of the inven-
tion described in the patent. It is likely that they may be relevant to
the invention for which the search is being conducted and should be
considered.
TIP:
If a patent is identified that is close to the subject
matter of the searched invention, look up the refer-
ences cited on the front of the patent.
The references cited will also identify the classes and subclass-
es for the patents listed. The U.S. classification and field of search
sections identify other classes and subclasses for the patented tech-
nology. As with the references cited, these other classes and subclass-
es should also be searched.

Get Protecting Your Ideas now with the O’Reilly learning platform.