Get full access to Smart Retail, 3rd Edition and 60K+ other titles, with free 10-day trial of O'Reilly. 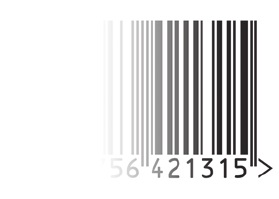 xiii
Preface – Why
retailing?
One thing that hasn’t changed since the last edition is that retail is still
physically and mentally hard work. The pressure’s always on, we’re only
ever as good as our last trading day. Every time we open the store, what
follows could be a disaster or a triumph.
And that’s the thrill of the thing, that’s why we do
it – get things right, get the team pulling together,
make customers happy and take some money . . . well,
those are the days that keep us coming back for more.
Getting retail right is thrilling – magic, even.
Welcome then to Smart Retail, where together we can try to make sure that
you enjoy more good days, better proﬁts, a happier team, an improved
business performance and a boost to your retail career. I love selling things
in shops, it is my passion, and this book is all about sharing retail excel-
lence so that we can all enjoy the good bits of that more often.
That there Internet thing
Selling online has had a massive impact on what we do and it is an impact
that will continue to grow, not just through e-commerce but in how
easily-available information and price-comparision forces change in the
way retail works overall. Nowhere in the book though do I make much
distinction between retailing on the Internet and retailing in a store – and
that’s because they are the same activity. Both forms are about selling prod-
ucts people want in nice, shoppable, environments – supported by robust
systems, great customer service and effective communications. Retail
standards apply in the same way across both.
Where distinctions do apply is in the suitability of your product, posi-
tioning and format to either form. The rule of thumb is this: if you are a
bricks-and-mortar retailer then you are unwise to be without a credible
Getting retail right
is thrilling – magic,
even.

xiv
p r e fa c e – w h y r e ta i l i n g ?
online outlet – it’s another store and one with a big potential catchment
area. The other way around though and it’s less clear-cut: the Internet
allows smaller retailers to reach far more people, more directly and more
powerfully than a few physical stores might.
As Internet retailing has matured, so too has an acceptance that both forms
can learn from each other. Internet retailers have begun to understand
better the principles of the complete customer experience, while bricks-
and-mortar retailers have slowly begun to learn how to communicate
better and how to give customers more reasons to come back. Reminding
us that they exist, telling us about good things we might like to buy and
reminding us to come visit is something the best Internet retailers do
superbly well – better than any high-street store. Internet retailers say
‘thank you’ better than traditional ones too and that’s more powerful than
you might think.
Asking the questions
Each edition of Smart Retail has been put together on the back of a simple
question that I’ve asked the world’s best retailers: ‘What makes you so good?’
Maybe it’s a surprise that they would reveal the answer to that question?
That they have, over and over to me, is, I think, because great retailers have a
passion not just for their own success but a determination that the more retail
businesses out there who get retail right then the better off we all become.
A vibrant retail sector plays a critical role in the success of economies and,
as it goes, the UK in particular owes much of its last decade of success to
the superb performance of some of the best retail businesses on the planet.
Equally, when customers stop spending . . . 2009 and 2010 were tough: we
lost a few businesses but others strengthened and learned. I’ve experienced
three recessions in 25 years of retailing now and I’m sure I’ll experience future
ones too. We push through and we survive by continuing to give customers
what they want, need and didn’t know they were looking for.
Is it rocket science?
Because the book is founded on examples of best practice and because, as
we will explore later, there are few ‘new tricks’ in retail: much of what we