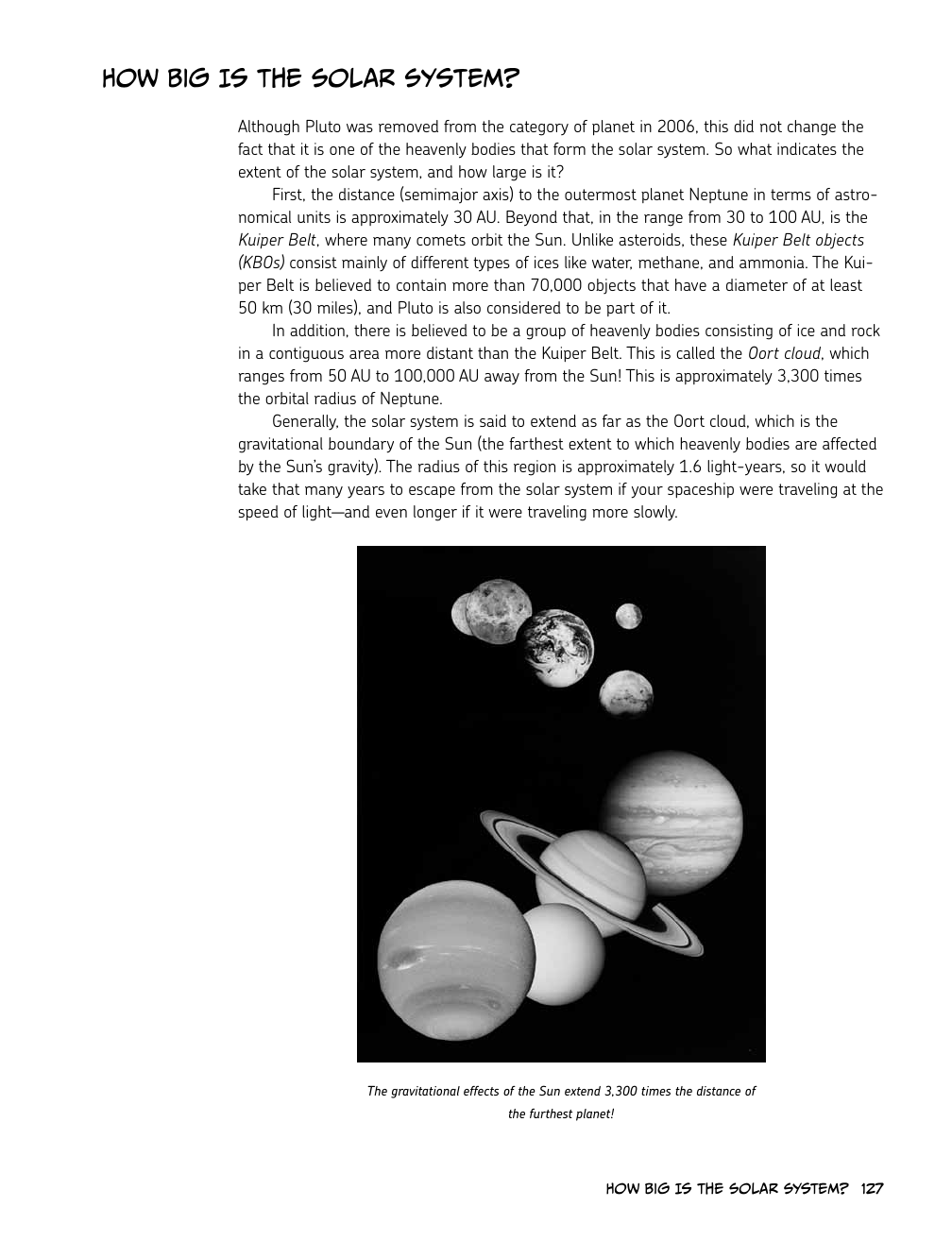 How Big Is the Solar System? 127
How Big Is the Solar System?
Although Pluto was removed from the category of planet in 2006, this did not change the
fact that it is one of the heavenly bodies that form the solar system. So what indicates the
extent of the solar system, and how large is it?
First, the distance (semimajor axis) to the outermost planet Neptune in terms of astro-
nomical units is approximately 30 AU. Beyond that, in the range from 30 to 100 AU, is the
Kuiper Belt, where many comets orbit the Sun. Unlike asteroids, these Kuiper Belt objects
(KBOs) consist mainly of different types of ices like water, methane, and ammonia. The Kui-
per Belt is believed to contain more than 70,000 objects that have a diameter of at least
50 km (30 miles), and Pluto is also considered to be part of it.
In addition, there is believed to be a group of heavenly bodies consisting of ice and rock
in a contiguous area more distant than the Kuiper Belt. This is called the Oort cloud, which
ranges from 50 AU to 100,000 AU away from the Sun! This is approximately 3,300 times
the orbital radius of Neptune.
Generally, the solar system is said to extend as far as the Oort cloud, which is the
gravitational boundary of the Sun (the farthest extent to which heavenly bodies are affected
by the Sun’s gravity). The radius of this region is approximately 1.6 light-years, so it would
take that many years to escape from the solar system if your spaceship were traveling at the
speed of light—and even longer if it were traveling more slowly.
The gravitational effects of the Sun extend 3,300 times the distance of
the furthest planet!