Get full access to Typography, Referenced and 60K+ other titles, with free 10-day trial of O'Reilly. 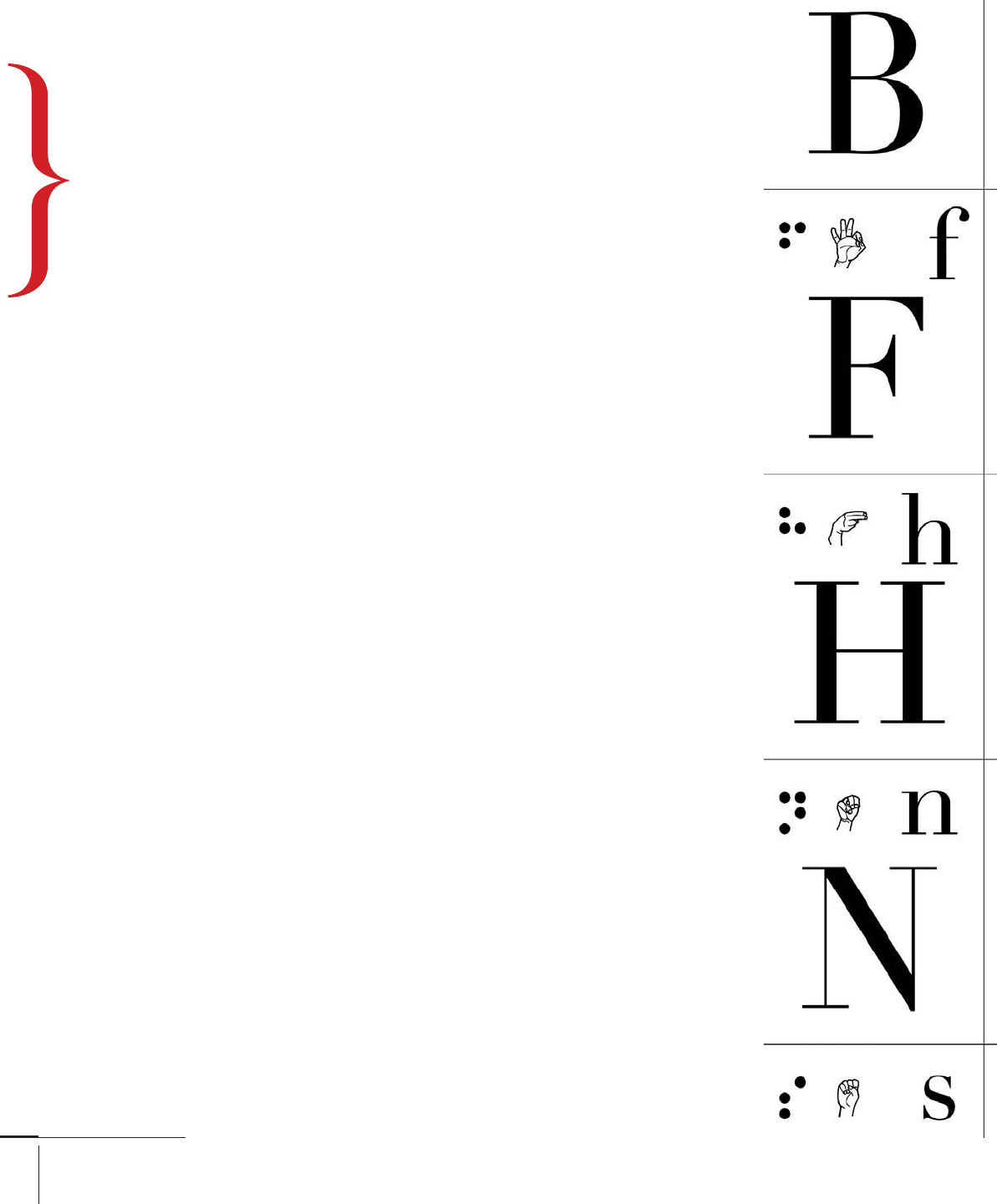 Job:03171 Title:Typography Referenced (Rockport)
Page: 4
001-007 03171.indd 4 9/21/11 4:38 PM
4
Typography, Referenced
Text
Job:03171 Title:Typography Referenced (Rockport)
Page: 4
T
he history of type development
has seen many exciting eras. The
invention of moveable type, for
instance, revolutionized our world,
allowing the transmittal and sharing of
knowledge, raising the level of the world’s
literacy, and enabling civilization to progress
and prosper. And today we ﬁ nd ourselves
in an unprecedented era of typographic
fervor and productivity. Technological
developments, principally the ubiquity of
computers, the availability of sophisticated
software, and Internet connectivity, have
raised even the average person’s awareness
about the power of typography. In 2007, the
TV game show Jeopardy! had “Fonts” as a
category, with Bodoni and Helvetica among
the answers. Popular magazines such as the
Atlantic, GQ, New Yorker, and the New York
Times Magazine have published signiﬁ cant
articles about typographic topics that once
would have been considered too esoteric for
mainstream media. Network television shows
and public radio programs have interviewed
type designers. For the ﬁ rst time in history,
the lay public has an appreciation for and
an understanding of good typography.
Today, hundreds of colleges and universi-
ties worldwide teach courses about typography
and even type design. There is a virtual army
of enthusiastic young people devoted to the
pursuit of typographic knowledge, excel-
lence of typographic design, and type design.
Prominent type designers are sought after
as speakers and teachers; some have even
attained rock star status.
Type is no longer the invisible servant of
design, but rather recognized as design
of the highest order. Typography is a subject of
ﬁ erce debate and even controversy. Its
passionate base celebrates and covets its innate
complexity and characteristics. Typography
conferences—formerly dry and scholarly—
have become must-attend events, entertaining
revels, even. Type-centric game shows
and typographic “performance art” have
appeared on the scene as inventive expres-
sions of typography’s enormous appeal.
Dare we venture a guess as to the number
of readily available, downloadable, relatively
inexpensive typefaces oﬀ ered by a profusion of
foundries, some with as few as a couple fonts,
some with thousands? At this writing, that
number surely tops 200,000. That’s an aston-
ishing number when we consider that only
a few short years ago the ﬁ gure was likely in
the tens of thousands, with many fewer just
prior to that. The tools—namely, software—for
sophisticated and fully functional digital type-
face design have themselves become easier to
use and more aﬀ ordable, and the means for dis-
tribution of digital fonts is only a click away.
Introduction
Wrapping Paper:
Linotype Didot, Braille,
and sign language,
/Michael Osborne
Design, United States
001-007 03171.indd 4 9/21/11 4:38 PM 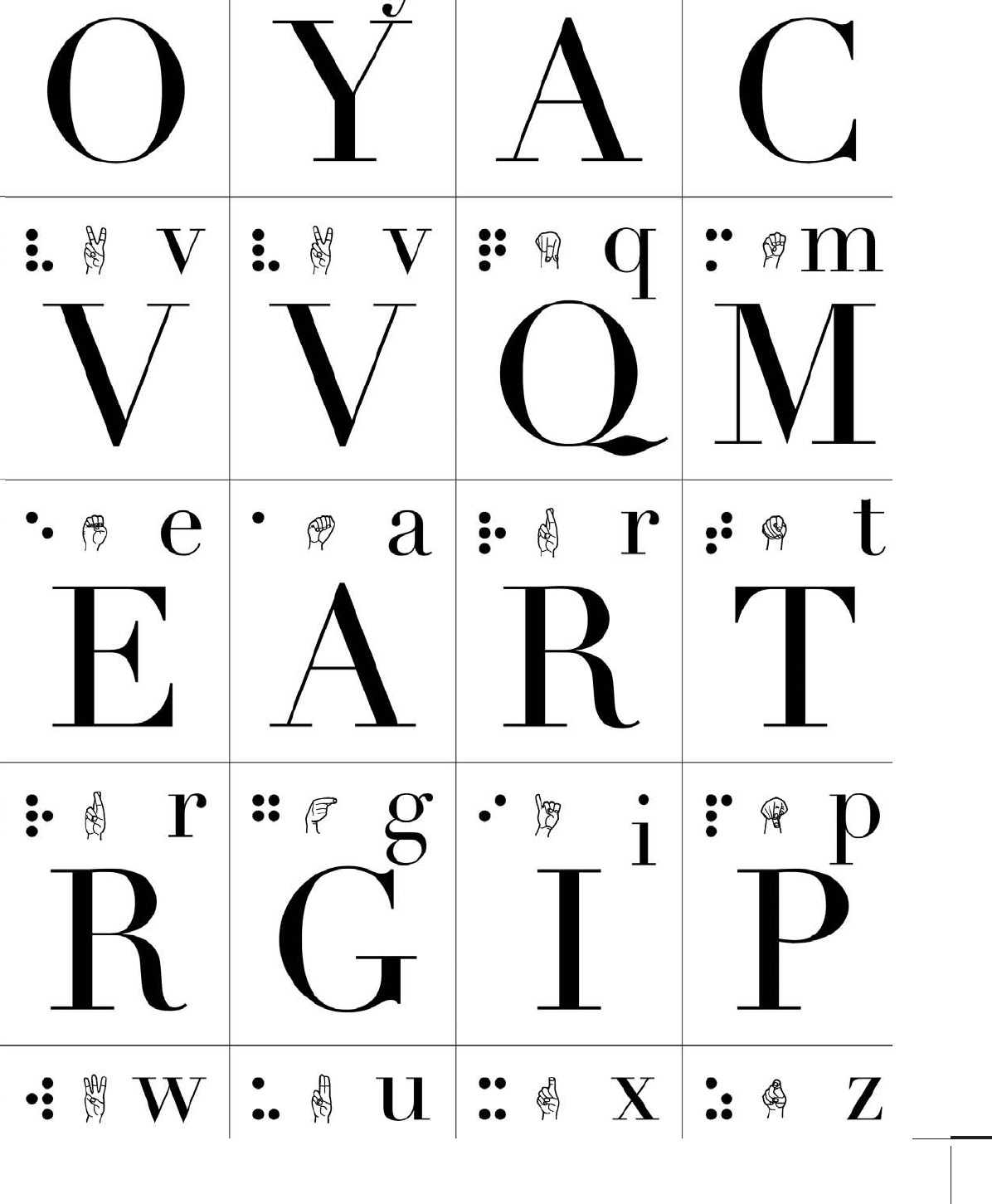 Get Typography, Referenced now with the O’Reilly learning platform.