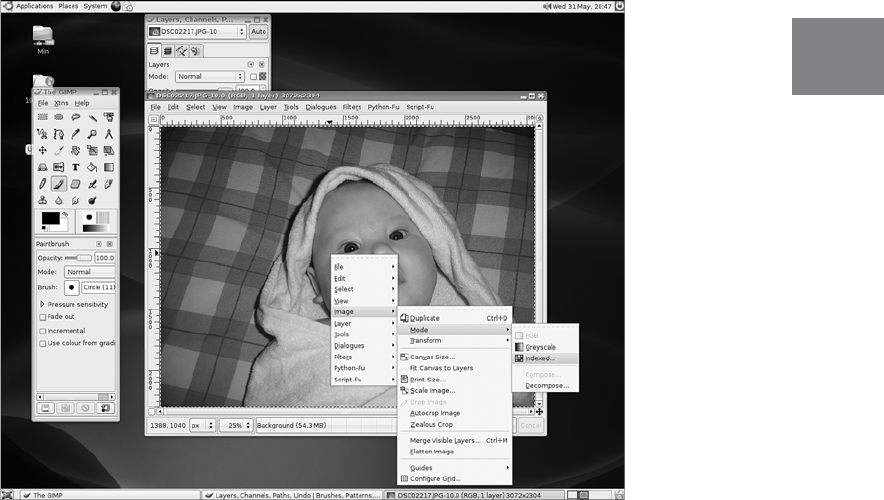 FIGURE 11.1 Right-click on an image window to access the GIMP’s cascading menus.
Using Digital Cameras with Ubuntu
Most digital cameras used in connection with Ubuntu fall into one of two categories:
webcams (small, low-resolution cameras connected to the computer’s interface) or hand-
held digital cameras that record image data on disks or memory cards for downloading
and viewing on a PC. Ubuntu supports both types. Other types of cameras, such as
surveillance cameras that connect directly to a network via wire or wireless connections,
need no special support (other than a network connection and viewing software) to be
used with a Linux computer.
Ubuntu supports hundreds of different digital cameras, from early parallel-port (CPiA
chipset-based) cameras to today’s newer USB-based cameras. You can even use Intel’s QX3
USB microscope with Ubuntu. If you prefer a standalone network-based webcam, explore
the capabilities of Linux-based cameras from Axis (at http://www.axis.com/products/
video/camera/productguide.htm). The following sections describe some of the more
commonly used still camera hardware and software supported by Ubuntu.
Using Digital Cameras with Ubuntu
229
11 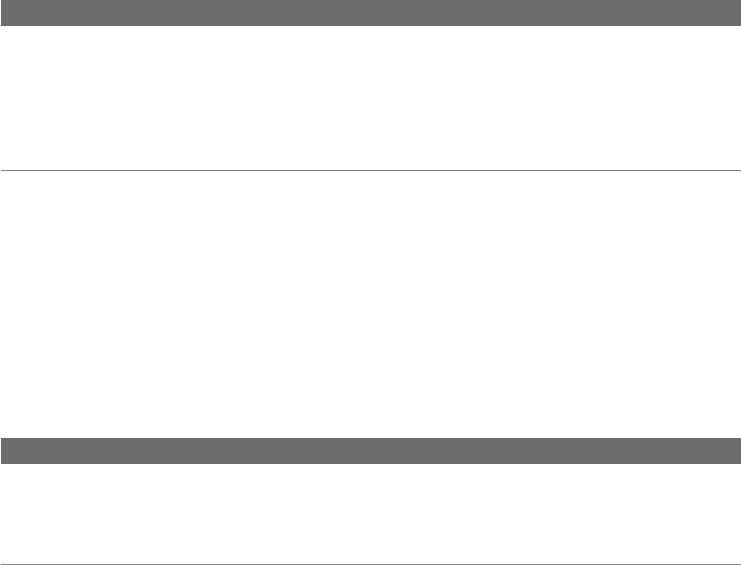 Webcams
Webcams are typically small, low-resolution cameras connected to your computer typi-
cally via a USB port. The camera can act in two modes: streaming (for a series of images of
a moving object) and grabbing (for a single still image). The most common uses for
webcams include videoconferencing and web voyeurism. The latter is not as lurid as it
might sound, although some webcam sites are notorious for their pornographic content.
Webcams can be used to send almost-live images to an online correspondent; many
people include screen grabs of themselves at their computer workstations just because
they can.
Coffee Pot Cam
One of the more interesting uses of a webcam was the legendary “Internet coffee pot”
cam (started in 1991, but turned off on August 22, 2001—a day that will live in
infamy). A webcam was trained on a coffee maker, and the sysadmin could see
whether fresh coffee was available without leaving his cubicle. Some webcams take
grabs of intersections in various cities. You will likely find some similar worthwhile use
for your webcam.
You can use any of the video applications that can access a video4linux device to view
webcam or still camera images in Ubuntu. You also can use GnomeMeeting (discussed in
Chapter 8, “On the Internet: Surfing the Web, Writing Email, and Reading the News”) as a
viewer for your webcam.
Not all webcams are supported in Linux and the drivers are based on the chipset used,
rather than the model or manufacturer. If you are uncertain about whether a specific
webcam will work with Linux or Ubuntu, then consult the oracle that is Google before
you part with your greenbacks.
TIP
Sadly the pwc driver that used to be included in the Linux kernel to provide support for
Phillips-based webcams was withdrawn over issues to do with binary files being
included within the kernel. This effectively cuts off anyone who uses a Logitech or
Phillips webcam, although there may be third-party solutions available on the Internet.
Handheld Digital Cameras
Digital cameras are one of the major success stories of the last few years. Now you can
take pictures and see previews of your pictures immediately. The pictures themselves are
stored on discs or memory cards that can be easily plugged into Ubuntu for further
manipulation using the GIMP or other software. Unfortunately, most of the supplied soft-
ware that comes with the cameras tend to be for Windows users only, making you reliant
on the packages supplied with Ubuntu.
CHAPTER 11 Graphics Manipulation
230 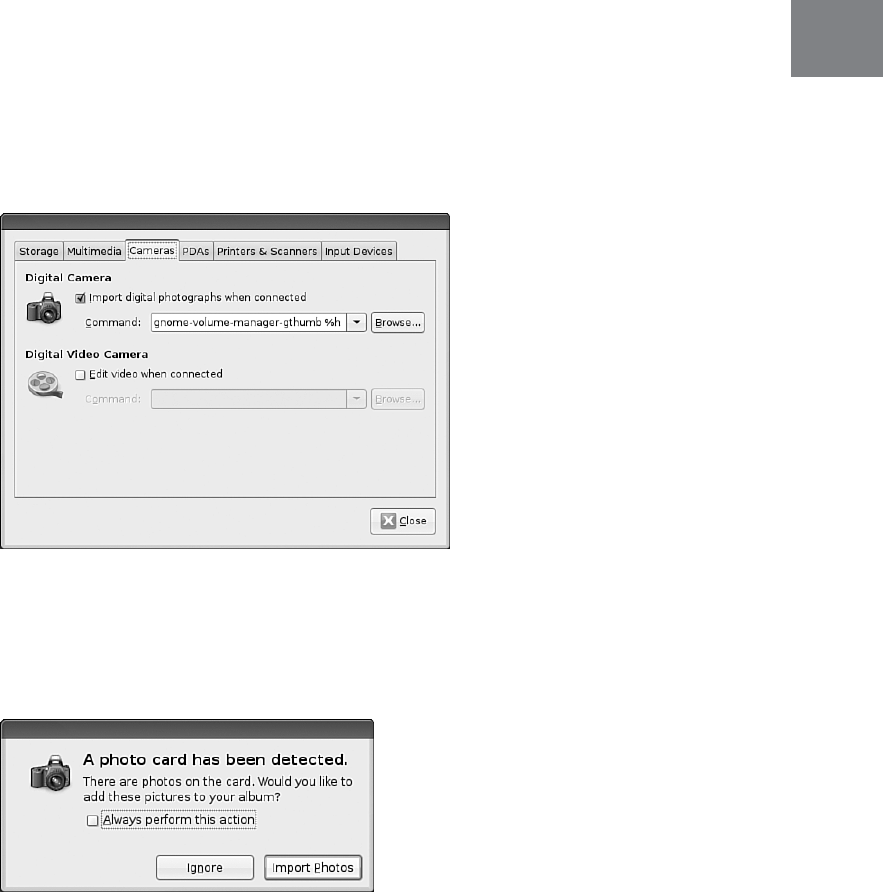 Thankfully, due to the good development carried out in Ubuntu and GNOME, you are
now able to plug pretty much any camera into your computer using a USB interface and
Ubuntu automatically recognizes the camera as a USB mass storage device. You can even
set Ubuntu to recognize when a camera is plugged in so that it automatically imports
your photographs for you.
To do this, you need to set up your settings for removable drives and media. You can find
this in the System, Preferences menu. Click the Cameras tab and select the option to
import digital photographs when connected (see Figure 11.2).
Using Digital Cameras with Ubuntu
231
11
FIGURE 11.2 Use GNOME’s intelligent handling of removable media by setting it to import
your photographs automatically.
Now whenever you connect a digital camera to your computer GNOME will automatically
detect it (see Figure 11.3), and ask whether you want to import the photographs.
FIGURE 11.3 GNOME detects the presence of a digital camera and asks whether the photos
should be imported.
By default GNOME uses the excellent gThumb package (see Figure 11.4), which, although
basic-looking, offers an easy to use interface and powerful cataloging capabilities.