Get full access to Unix® and Linux® System Administration Handbook, Fourth Edition and 60K+ other titles, with free 10-day trial of O'Reilly. 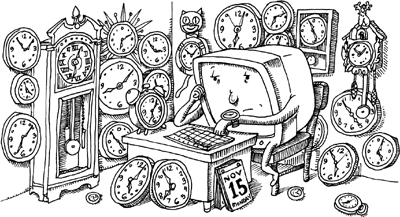 Scripting and automation are the keys to consistency and reliability. For example, an adduser program can add new users faster than you can, with a smaller chance of making mistakes. Almost any task can be encoded in a Perl or Python script.

It’s often useful to have a script or command executed without any human intervention. For example, you might want to have a script verify (say, every half-hour) that your network routers and switches are working correctly, and have the script send you email when problems are discovered.1

The cron daemon is the standard tool for running commands on a predetermined ...