Get full access to Winning LEGO MINDSTORMS Programming and 60K+ other titles, with free 10-day trial of O'Reilly.

As I’ve stated, a smart robot is one that fully uses its sensors. One of the simplest, most useful sensors is the Touch sensor, shown in Figure 9-1. 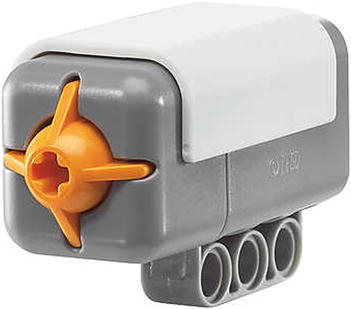 The Touch sensor allows your robot to “feel” its way around a course and react appropriately. It is very basic—it’s either on or off, depending on the state of the Push button. The Touch sensor provides a hole for an axle in the Push button—giving users more options for incorporating the sensor into their designs.

The Touch sensor reports its status to the NXT as one of three states: Pressed, Released, ...