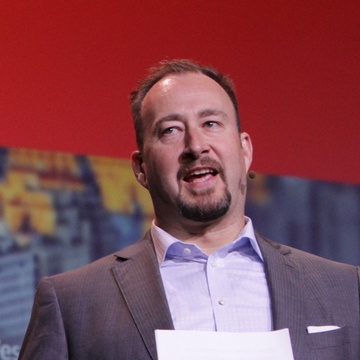 Alistair is an entrepreneur with a background in web performance, analytics, cloud computing, and business strategy.

In 2001, he co-founded Coradiant (acquired by BMC in 2011) and has since helped launch Rednod, CloudOps, Bitcurrent, Year One Labs, and several other early-stage companies. He works with startups on business acceleration, and advises a number of larger companies on innovation and technology.

A sought-after public speaker on data-driven innovation and the impact of technology on society, Alistair has founded and run a variety of conferences, including Cloud Connect, Bitnorth, and the International Startup Festival. He's the chair of O'Reilly's Strata + Hadoop World conference. He has written several books on technology and business, including the best-selling Lean Analytics.

Alistair tries to mitigate chronic ADD by writing about far too many things at "Solve For Interesting".

Inbox is the Trojan horse of AI

Alistair Croll looks at the sometimes surprising ways that machine learning is insinuating itself into our every day lives.

The Internet of Things has four big data problems

The IoT and big data are two sides of the same coin; building one without considering the other is a recipe for doom.

Re-thinking marketing: Generating attention you can turn into profitable demand

The media and ad tech sessions at the Strata Data Conference in San Jose will dig deep into how media businesses are changing.

Regardless of country or culture, any solid data science plan needs to address veracity, storage, analysis, and use.

Four leading figures in transportation and logistics offer a glimpse into what they see coming around the corner.

Analytics are key to a strong startup business model

Learn how to create a business model that includes the right metrics and get an introduction to the Business Model Flipbook planning tool.

Analytics frameworks for the startup lifecycle

This chapter from Lean Analytics reviews the various frameworks that exist for growing your business and keeping up with the changes that come with that growth.

Four reasons to use the One Metric That Matters

Determining your OMTM early on is of the utmost importance to help you maintain focus and build a better business faster.

Why 2016 is a tipping point for fintech

In 2016, we'll see a perfect storm of regulatory, technical, and cultural transformation that will make tomorrow's financial systems nearly unrecognizable.

Every aspect of finance is in flux, from transactions to markets to capitalism itself. We'll examine these changes at the O'Reilly Next:Money Summit.

Digital content, the Internet, and data science have changed the music industry.

The inability to take advantage of digital technology is as big a threat to financial organizations as any fintech startup.

Modern fintech is going to create formal, standard records about economies where none existed before.

Apple Watch and the skin as interface

The success of Apple’s watch, and of wearables in general, may depend on brain plasticity.

In the next decade, Year Zero will be how big data reaches everyone and will fundamentally change how we live.

Can data and connectivity improve criminal justice and mitigate conflicts?