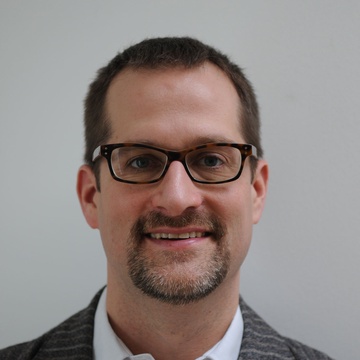 Jim Kalbach is a noted author, speaker, and instructor in user experience design, information architecture, and strategy. He is currently the Head of Customer Success at MURAL, a leading visual online workspace for remote collaboration.

Jim has worked with large companies, such as eBay, Audi, SONY, Elsevier Science, LexisNexis, and Citrix. Before returning to the U.S. in 2013 after living for fifteen years in Germany, Jim was the co-founder of the European Information Architecture conferences. He also co-founded the IA Konferenz series in Germany.

Jim plays jazz bass in jam sessions and combos in Jersey City, where his currently lives. In 2007, Jim published his first full-length book with O’Reilly, Designing Web Navigation. His second book, Mapping Experiences, was released in December 2015. He blogs at experiencinginformation.com.

A quick intro to experience mapping

Experience mapping helps organizations see themselves from the outside in, rather than the inside out.

Visualizing Value: How to Align Teams with Experience Mapping

Jim Kalbach explains how he uses maps as collaborative tools, highlighting the importance of value alignment, and demonstrates how to engage others in workshops and exercises.

Learn the basics—touchpoints, moments of truth, and jobs to be done—and study examples of successful user experiences.

With this unique tool, you can visually map your existing customer experience and envision future solutions.