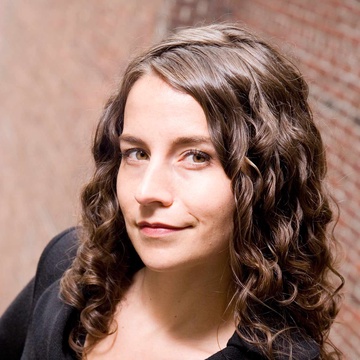 Sara Holoubek is the CEO and founder of Luminary Labs, a consultancy focused on operationalizing innovation. Her firm develops strategies and innovation systems for Fortune 500 and government leaders seeking to transform their organizations and industries.

Ms. Holoubek is also an active adviser and investor. She has served on the inaugural RWJF Pioneer Pioneer Fund Advisory Group and founded Luminary Labs Ventures, which invests in early stage companies. She currently serves as the Chair of the Step Up National Board of Directors, a non-profit that propels girls from under-resourced communities to fulfill their potential by empowering them to become confident, college-bound, career-focused, and ready to join the next generation of professional women. In 2011 she was the recipient of the Pepsico WIN award for her contributions to the tech community.

Ms. Holoubek has been widely quoted in publications such as Fast Company, The Washington Post and WSJ.com. She has been recognized as a female founder to watch in Mashable, and her company has been profiled in the business books, The Big Enough Company and Stiletto Network. She also serves as a frequent guest lecturer on the subjects of technology and innovation.

Prior to founding Luminary Labs, Ms. Holoubek served as the Chief Strategy Officer of iCrossing and President of SEMPO, the global trade organization for the search marketing industry.

Ms. Holoubek brings an international perspective to her work, having lived and worked in Latin America and Europe; she is fluent in Spanish and French, and conversant in Portuguese. She holds a B.A. from the University of Iowa and an M.B.A. from HEC in France. She resides in New York City with her husband, bass-baritone Claudio Mascarenhas.

Sara Holoubek's Human Company Manifesto is one of the seminal documents of the Next Economy. She outlines its tenets in this talk.

The Human Company Playbook is a guide for a new business imperative that that makes for stronger, more sustainable businesses.