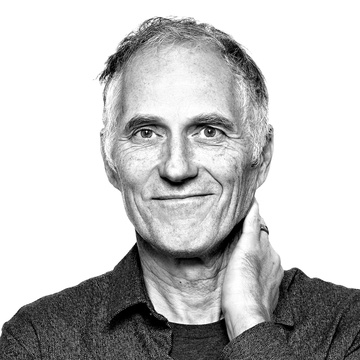 Tim O’Reilly has a history of convening conversations that reshape the computer industry. If you’ve heard the term “open source software” or “web 2.0” or “the Maker movement” or “government as a platform” or “the WTF economy,” he’s had a hand in framing each of those big ideas. He is the founder, CEO, and Chairman of O’Reilly Media, and a partner at early stage venture firm O’Reilly AlphaTech Ventures (OATV). He is also on the boards of Code for America, PeerJ, Civis Analytics, and PopVox. His book, WTF: What’s the Future and Why It’s Up to Us, was released by Harper Collins in October 2017. He is a Visiting Professor of Practice at University College London's Institute for Innovation and Public Purpose, where he is researching a new approach to regulating big technology platforms by limiting their ability to extract economic rents.

The Metaverse Is Not a Place

Why it’s too early to get excited about Web3

Elon Musk isn’t superman. He does have supermoney.

The End of Silicon Valley as We Know It?

Four ways the party may be coming to an end

Treasured moments with a genius we will all miss.

Rob Thomas and Tim O’Reilly discuss the hard work and mass experimentation that will lead to AI breakthroughs.

What we really need is disclosure of information about the growth and health of the supply side of Big Tech's marketplaces.

Tim O’Reilly explains how we can “gradually, then suddenly” create a better world.

Our entire economy seems to have forgotten that workers are also consumers, and suppliers are also customers.

Shaping the stories that rule our economy

The economy we want to build must recognize increasing the value to and for humans as the goal.

Tim O'Reilly and Kai-Fu Lee discuss differences in how China and the U.S. approach AI and why AI might give humanity larger purpose.

Open source and open standards in the age of cloud AI

Tim O'Reilly looks at how we can extend the values and practices of open source in the age of AI, big data, and cloud computing.

Tim O'Reilly reflects on the stories from 2017 that played out after he finished writing his new book.

WTF? What’s the future and why it’s up to us

Tim O'Reilly says entrepreneurs need to set their sights on how we can use big data, sensors, and AI to create amazing human experiences and the economy of the future.

Tim O'Reilly says the algorithms that shape our economy must be rewritten if we want to create a more human-centered future.

Tim O’Reilly delves into past technological transitions, speculates on the possibilities of AI, and looks at what's keeping us from making the right choices to govern our creations.

Media in the age of algorithms

The problem of fake news and bad sites trying to game the system is an industry-wide problem — companies should share data and best practices in the effort to combat it.

Why we’ll never run out of jobs

Tim O’Reilly explains why we can’t just use technology to replace people; we must use it to augment them so they can do things that were previously impossible.

The great question of the 21st century: Whose black box do you trust?

Algorithms shape choice not just for consumers but for businesses.

Tim O’Reilly: How smart managers should use artificial intelligence

Artificial intelligence isn't just about replacing humans with computers; the best managers will find ways to use AI to augment their workers. In this video, a compilation of clips from the O'Reilly Next:Economy Summit 2015, Tim O'Reilly talks with AI leaders who see an essential role for humans in the AI-enabled world.

What would Alexa do?

The game of business: It’s time to rewrite the rules

Our current economic rules encourage the allocation of gains to consumers and financial shareholders, and the losses to workers and taxpayers. It doesn’t have to be that way.

If we let machines put us out of work, it will be because of a failure of imagination and the will to make a better future.

Exploring the rise of conversational interfaces, how AI will change the way programmers create software, and open source tools for AI and machine learning.

A conversation about Universal Basic Income with John Maynard Keynes and Paul Buchheit.

Sports show us the impact a superstar can have on the success of a team. But it's the team with the most superstars that wins.

Should algorithmic pricing be the norm rather than the exception?

A world of continous partial employment

Managers and workers benefit when both have access to data and control.

The rise of networked platforms for physical world services

A look at the economic shift led by software and connectedness.

The Internet of Things and Humans

The network, new data capabilities, and mobile devices rich in sensors have created fresh and unconventional possibilities to rethink workflows and processes in the real world.

By People, For People

The failure of healthcare.gov was a textbook DevOps (or rather, lack of DevOps) case study. But it’s part of a wider pattern that reminds us that people should be at the heart of everything we build. In fact, getting the “people” part right is the key both to DevOps and great user experience design.

A candid post about some of the things that kept me, my employees, and our company from achieving our full potential.

The Clothesline Paradox and the Sharing Economy

When you put your clothes in the dryer, the energy you use is measured and counted, but when you hang them on the line, they disappear from the measured economy

Why AI is finally going mainstream

Redesign government: A conversation between Tim O’Reilly and Mike Bracken

Breaking the habit: The art of noticing the world around us and making it better

How do you think about the future as a designer? Tim O'Reilly and Nest Labs CEO Tony Fadell explore that question and more in this conversation.

Opportunities and challenges in the IoT

A conversation with Cory Doctorow and Tim O'Reilly.