What makes the Net great is also precisely what makes it so dangerous. The virtual world is becoming so similar to the real one that some think the overt laws, or at least agreed-upon rules, may be necessary for the Net to survive in its current open form. If the internet can be ruined by everything from criminals to overzealous politicians responding to those criminals, then how can it be saved?

Other topics in this issue: 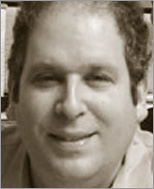 is president of the Vineyard Group, Inc. and publisher of Media Unspun.