Join expert Johnny Boursiquot to level up your Go by reinforcing the basics and honing the advanced techniques with an idiomatic approach to the language. You’ll learn best practices for project ... 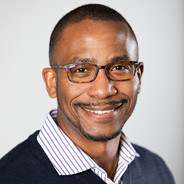 InfoSec Career Hacking: Sell Your Skillz, Not Your Soul

Techno Security's Guide to Managing Risks for IT Managers, Auditors, and Investigators

Johnny Long is a "clean-living" family guy who just so happens to like hacking stuff. Recently, Johnny has enjoyed writing stuff, reading stuff, editing stuff and presenting stuff at conferences, which has served as yet another diversion to a serious (and bill-paying) job as a professional hacker and security researcher for Computer Sciences Corporation. Johnny has written or contributed to several books, including Google Hacking for Penetration Testers, InfoSec Career Hacking, Aggressive Network Self-Defense, Stealing the Network: How to Own an Identity, and OS X for Hackers at Heart.