We need to nurture our imaginations to fuel the biological revolution. 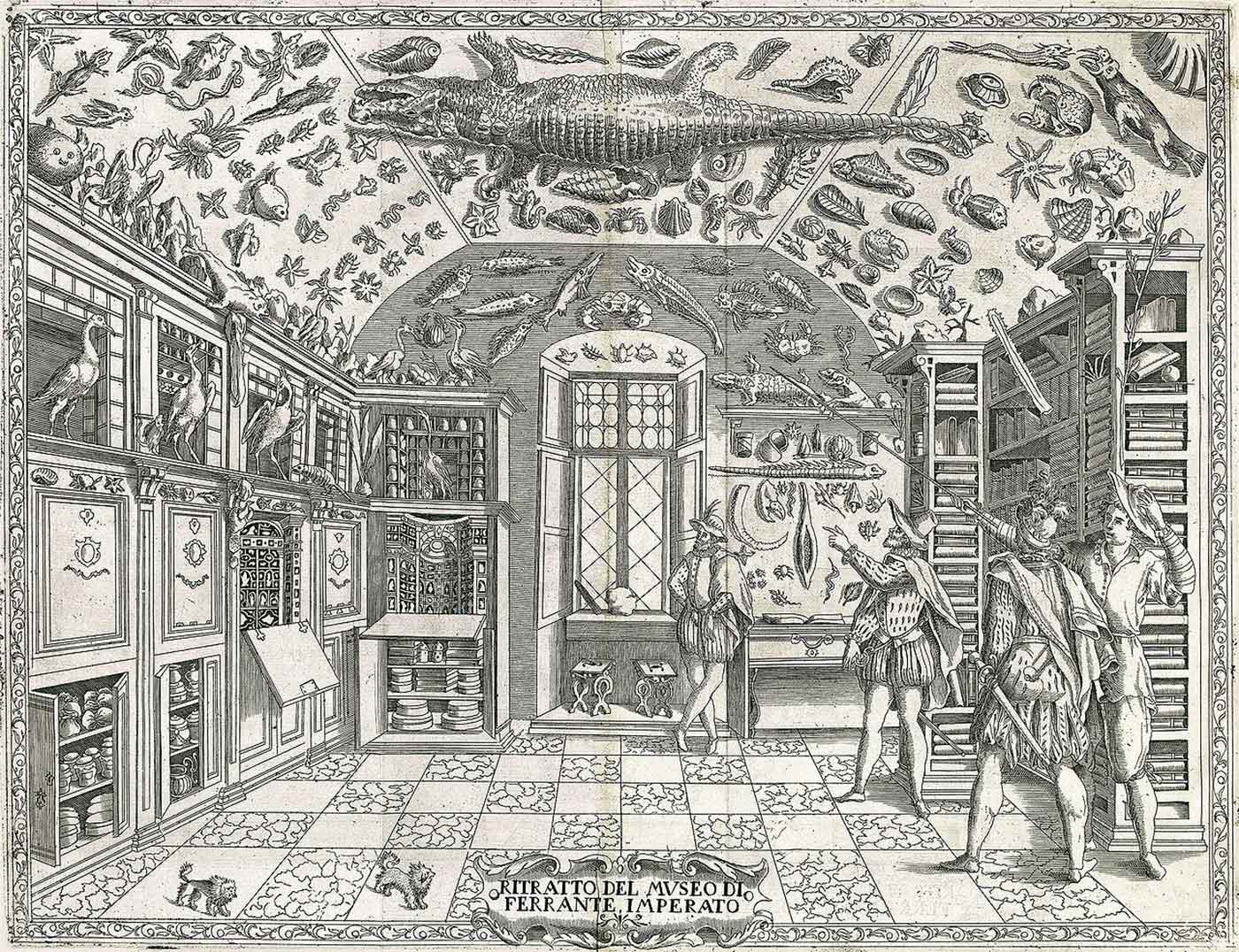 I recently took part in a panel at Engineering Biology for Science & Industry, where I talked about the path biology is taking as it becomes more and more of an engineering discipline, and how understanding the path electronics followed will help us build our own hopes and dreams for the biological revolution.

In 1901, Marconi started the age of radio, and really the age of electronics, with the “first” trans-atlantic radio transmission. It’s an interesting starting point, because important as this event was, there’s good reason to believe that it never really happened. We know a fair amount about the equipment and the frequencies Marconi was using: we know how much power he was transmitting (a lot), how sensitive his receiver was (awful), and how good his antenna was (not very).

We can compute the path loss for a signal transmitted from Cornwall to Newfoundland, subtract that from the strength of the signal he transmitted, and compare that to the sensitivity of the receiver. If you do that, you have to conclude that Marconi’s famous reception probably never happened. If he succeeded, it was by means of a fortunate accident: there are several possible explanations for how a radio signal could have made it to Marconi’s site in Newfoundland. All of these involve phenomenon that Marconi couldn’t have known about. If he succeeded, his equipment, along with the radio waves themselves, were behaving in ways that weren’t understood at the time, though whether he understood what was happening makes no difference. So, when he heard that morse code S, did he really hear it? Did he imagine it? Did he lie? Or was he very lucky?

I’m not trying to trash Marconi’s posthumous reputation. Whether or not his experiment really worked, within two years he had established reliable long-range radio communications between land stations and ships. And he kicked off a revolution in communications that is still ongoing. And it’s worth thinking about Marconi when we think about the problems facing the life sciences: experiments are hard to repeat, and may succeed or fail for reasons that we don’t understand.

The constant that drives progress across all sciences and technologies isn’t the specific problems that were overcome, but the imagination and conviction that drove Marconi to do his experiment, and to repeat it until, within two years, he was communicating reliably between land stations and ships at sea. This imagination is the raw material out of which technical revolutions are made. Marconi was followed by an army of professional engineers and amateur radio operators who explored and improved upon the new “wireless” technology, figuring out how to make it useful and reliable. That work continues to this day.

Move forward about 50 years to the next epochal event in the history of technology and you see something similar. The first transistor was a quirky little thing. If you built a crystal radio when you were a kid, with a real Galena crystal and a cat’s whisker, you have an idea what this was like. The first transistor had two cat’s-whisker contacts, which had to be touching a Germanium crystal in exactly the right way. I can imagine hours of tinkering required to get this thing to work, only to see it stop when someone bumped the table or opened a window. It’s usually pictured under a bell jar, not because it requires a vacuum, but because the slightest air current would break it. Unlike Marconi’s transmission, nobody questions whether the first transistor worked. But it was far from reliable or reproducible.

Just as with radio, it only took a few years for the transistor to become reproducible, for “science” to turn into engineering. Engineers and dedicated amateurs figured out how to build circuits that worked, and how to combine those circuits into larger circuits. You could go to Radio Shack and buy transistors for a few cents. By the 1960s, we had pocket radios, built on printed circuit boards. Not long afterward, we had (and “had” in the sense that you could buy them at Radio Shack) simple integrated circuits. Move forward another decade, and you could buy microprocessors.

Science has made the transition to engineering many times throughout history. This is the transition that biologists are making now. We know how to insert genes into microbes fairly reliably, but too much depends on technique, just as you had to have a special knack to get that cat’s whisker to work right. We have some notion of what genes can be moved from one microbe to another and how the microbe’s properties will change, but we’re far from being able to order parts that will reliably do what we want. In many ways, it appears to be a much more difficult problem in biology: a gene that works in one organism may have no effect, or only a limited effect, in another.

But the analogy still holds: we’re at that magical stage when amateurs and professionals alike learn how to turn science into engineering. We’re finding out what works reliably, not just in the lab, and learning what processes can be automated and mass-produced. Just as I can go to a website, design a circuit, lay out a printed circuit board, and order mass-produced boards that arrive in the mail, we’re getting to the point where we can design and order custom DNA online.

Our biggest problem is that we don’t yet have “standardized parts,” the equivalent of the 2N107 transistor, 47K resistor, or 7400 IC that you could buy at Radio Shack. In biology, this standardization might be a more difficult problem than in electronics. But not entirely so: once you get beyond simple circuits that you can build with an Arduino and a breadboard, you’ll find out that there are a thousand different 47K resistors, all for slightly different purposes and applications. A resistor that does just fine on your Arduino breadboard will probably fail in a radio, just as a gene that makes E. Coli glow won’t do anything for a rose. And just as an electronic part can sound simple but needs a data sheet several pages long to describe it completely, bio catalogs like BioBricks and the iGem directory of standard parts are developing data sheets for biological components.

There’s one thing we don’t yet have in the biological revolution. The revolution in electronics was accompanied by reams of science fiction, encouraging people to think at the largest scales possible. This science fiction encouraged inventors and tinkerers to think in the biggest terms possible. Recently, Neal Stephenson and others collaborated in Project Heiroglyph, which aims to jump-start large-scale thinking through science fiction. It’s worth reading. But while Heiroglyph has plenty of space travel, it has very little biology. And that’s one way in which we’re still limited. Space travel was — and remains — exciting, and every aspiring engineer in the 1960s knew that space travel was based on electronics (and big rocket engines with a lot of fire). What are we trying to do? What are the biggest aspirations in biology? The human genome project was one; but that’s been done. George Church is a fountain of such projects: de-extinction, mapping the brain, and more. But with a few exceptions, we haven’t seen a similar explosion of big biological thinking in fiction. And fiction is essential for infecting the public, including our future scientists and engineers, with a sense of the big things to come. We currently see have many fascinating “next steps,” like the maturation of CRISPR/Cas-9, but we need more people thinking about what we could do with a hundred next steps.

We’ll solve the problems of standardized parts and circuits. And we’re seeing an explosion of interesting work, both among professionals and amateurs working in DIY bio labs like Genspace and BioCurious. After the Engineering Biology program, I met an excited team of high school students working on a project for the iGem competition. But what we still need is an explosion of large-scale biological thinking that grabs the pubic in the way books like Asimov’s Foundation and Herbert’s Dune did in the 1950s and 1960s. What projects will excite the next generation of biologists? How will they find out about them? How will their imaginations be nurtured?

That’s the big issue we’re facing. The engineering will happen. What is nourishing our imaginations? What will we want to do that we can’t yet imagine? That’s where we need fiction.