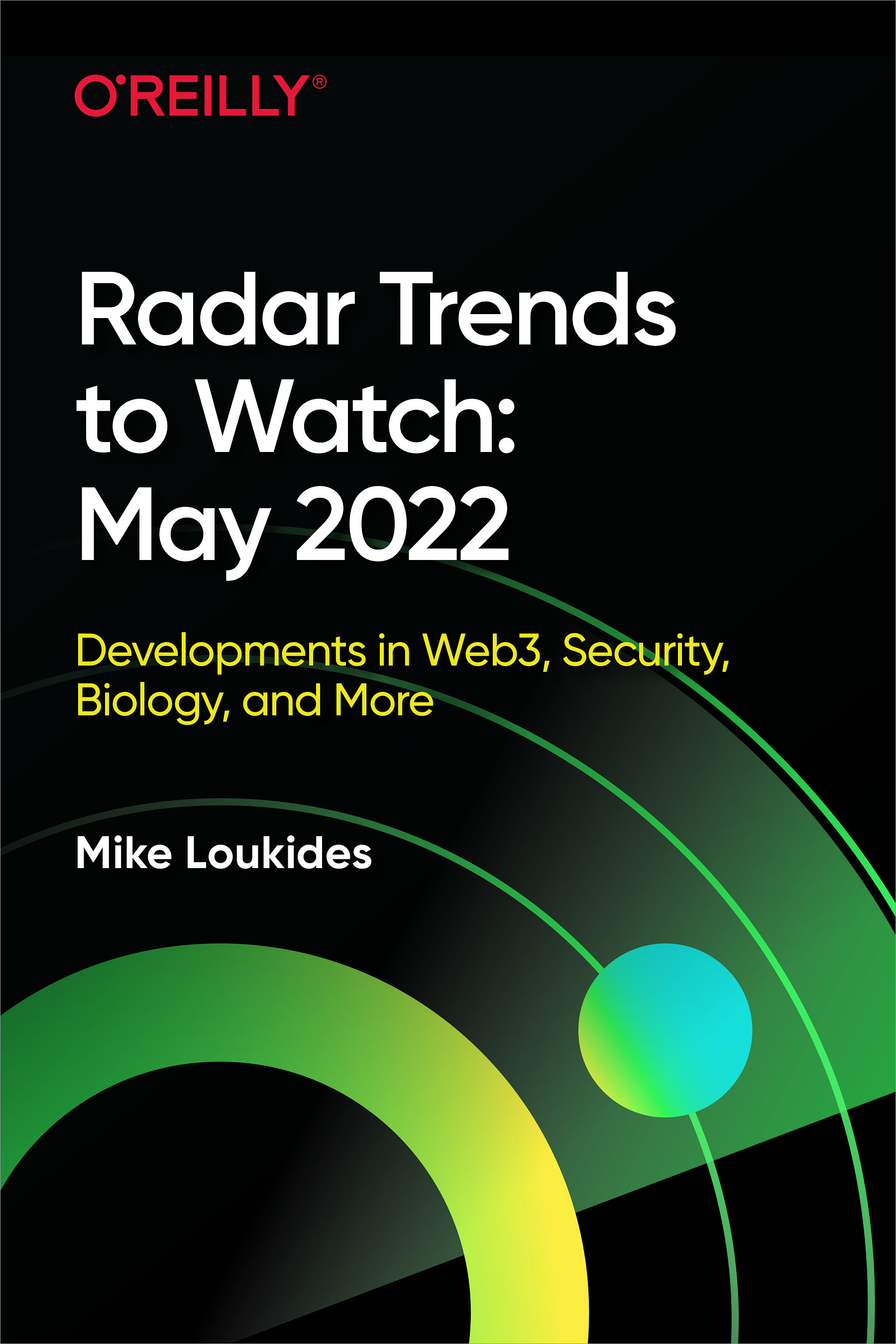 April was the month for large language models. There was one announcement after another; most new models were larger than the previous ones, several claimed to be significantly more energy efficient. The largest (as far as we know) is Google’s GLAM, with 1.2 trillion parameters–but requiring significantly less energy to train than GPT-3. Chinchilla has ¼ as many parameters as GPT-3, but claims to outperform it. It’s not clear where the race to bigger and bigger models will end, or where it will lead us. The PaLM model claims to be able to reason about cause and effect (in addition to being more efficient than other large models); we don’t yet have thinking machines (and we may never), but we’re getting closer. It’s also good to see that energy efficiency has become part of the conversation.