The current state of machine intelligence 2.0

Autonomous systems and focused startups among major changes seen in past year. 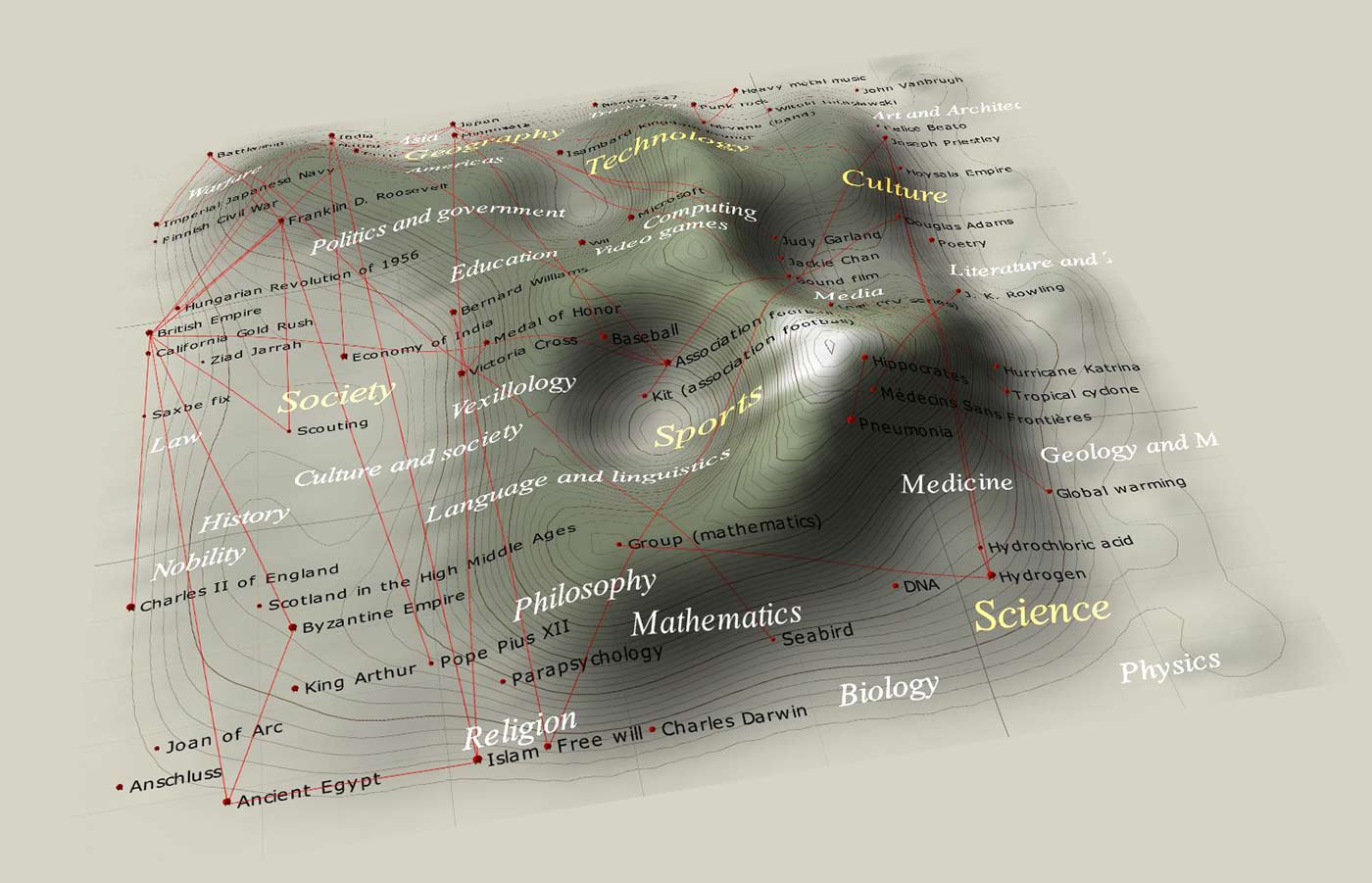 Cartographical representation of a self-organizing map based on Wikipedia featured article data. Distance is inversely proportional to similarity. The "mountains" are edges between clusters.. (source: By Denoir on Wikimedia Commons)

A year ago today, I published my original attempt at mapping the machine intelligence ecosystem. So much has happened since. I spent the last 12 months geeking out on every company and nibble of information I can find, chatting with hundreds of academics, entrepreneurs, and investors about machine intelligence. This year, given the explosion of activity, my focus is on highlighting areas of innovation, rather than on trying to be comprehensive. Figure 1 showcases the new landscape of machine intelligence as we enter 2016:

Despite the noisy hype, which sometimes distracts, machine intelligence is already being used in several valuable ways. Machine intelligence already helps us get the important business information we need more quickly, monitors critical systems, feeds our population more efficiently, reduces the cost of health care, detects disease earlier, and so on.

The two biggest changes I’ve noted since I did this analysis last year are (1) the emergence of autonomous systems in both the physical and virtual world and (2) startups shifting away from building broad technology platforms to focusing on solving specific business problems.

Reflections on the landscape

In last year’s roundup, the focus was almost exclusively on machine intelligence in the virtual world. This time we’re seeing it in the physical world, in the many flavors of autonomous systems: self-driving cars, autopilot drones, robots that can perform dynamic tasks without every action being hard coded. It’s still very early days—most of these systems are just barely useful, though we expect that to change quickly.

These physical systems are emerging because they meld many now-maturing research avenues in machine intelligence. Computer vision, the combination of deep learning and reinforcement learning, natural language interfaces, and question-answering systems are all building blocks to make a physical system autonomous and interactive. Building these autonomous systems today is as much about integrating these methods as inventing new ones.

The virtual world is becoming more autonomous, too. Virtual agents, sometimes called bots, use conversational interfaces (think of Her, without the charm). Some of these virtual agents are entirely automated, others are a “human-in-the-loop” system, where algorithms take “machine-like” subtasks and a human adds creativity or execution. (In some, the human is training the bot while she or he works.) The user interacts with the system by either typing in natural language or speaking, and the agent responds in kind.

These services sometimes give customers confusing experiences, like mine the other day when I needed to contact customer service about my cell phone. I didn’t want to talk to anyone, so I opted for online chat. It was the most “human” customer service experience of my life, so weirdly perfect I found myself wondering whether I was chatting with a person, a bot, or some hybrid. Then I wondered if it even mattered. I had a fantastic experience and my issue was resolved. I felt gratitude to whatever it was on the other end, even if it was a bot.

On one hand, these agents can act utterly professional, helping us with customer support, research, project management, scheduling, and e-commerce transactions. On the other hand, they can be quite personal and maybe we are getting closer to Her — with Microsoft’s romantic chatbot Xiaoice, automated emotional support is already here.

As these technologies warm up, they could transform new areas like education, psychiatry, and elder care, working alongside human beings to close the gap in care for students, patients, and the elderly.

At least I make myself laugh.

To overcome the difficulties of entering grey markets, we’re seeing some unusual strategies:

A year ago, enterprises were struggling to make heads or tails of machine intelligence services (some of the most confusing were in the “platform” section of this landscape). When I spoke to potential enterprise customers, I often heard things like, “these companies are trying to sell me snake oil” or, “they can’t even explain to me what they do.”

The corporates wanted to know what current business problems these technologies could solve. They didn’t care about the technology itself. The machine intelligence companies, on the other hand, just wanted to talk about their algorithms and how their platform could solve hundreds of problems (this was often true, but that’s not the point!).

Two things have happened that are helping to create a more productive middle ground:

I remember reading Who Says Elephants Can’t Dance and being blown away by the ability of a technology icon like IBM to risk it all. (This was one of the reasons I went to work for them out of college.) Now IBM seems poised to try another risk-it-all transformation—moving from a horizontal technology provider to directly transforming a vertical. And why shouldn’t Watson try to be a doctor or a concierge? It’s a brave attempt.

It’s not just IBM: you could probably make an entire machine intelligence landscape just of Google projects. (If anyone takes a stab, I’d love to see it!)

Your money is nice, but tell me more about your data

In the machine intelligence world, founders are selling their companies, as I suggested last year—but it’s about more than just money. I’ve heard from founders that they are only interested in an acquisition if the acquirer has the right data set to make their product work. We’re hearing things like, “I’m not taking conversations but, given our product, if X came calling it’d be hard to turn down.” “X” is most often Slack (!), Google, Facebook, Twitter in these conversations—the companies that have the data.

Until recently, there’s been one secret in machine intelligence talent: Canada! During the “AI winter,” when this technology fell out of favor in the 80s and 90s, the Canadian government was one of a few entities funding AI research. This support sustained the formidable trio of Geoffrey Hinton, Yoshua Bengio, and Yann LeCun, the godfathers of deep learning.

Machine intelligence is even more of a story than last year, in large companies as well as startups. In the next year, the practical side of these technologies will flourish. Most new entrants will avoid generic technology solutions, and instead have a specific business purpose to which to put machine intelligence.

I can’t wait to see more combinations of the practical and eccentric. A few years ago, a company like Orbital Insight would have seemed farfetched—wait, you’re going to use satellites and computer vision algorithms to tell me what the construction growth rate is in China!?—and now it feels familiar.

Similarly, researchers are doing things that make us stop and say, “Wait, really?” They are tackling important problems we may not have imagined were possible, like creating fairy godmother drones to help the elderly, computer vision that detects the subtle signs of PTSD, autonomous surgical robots that remove cancerous lesions, and fixing airplane WiFi (just kidding, not even machine intelligence can do that).