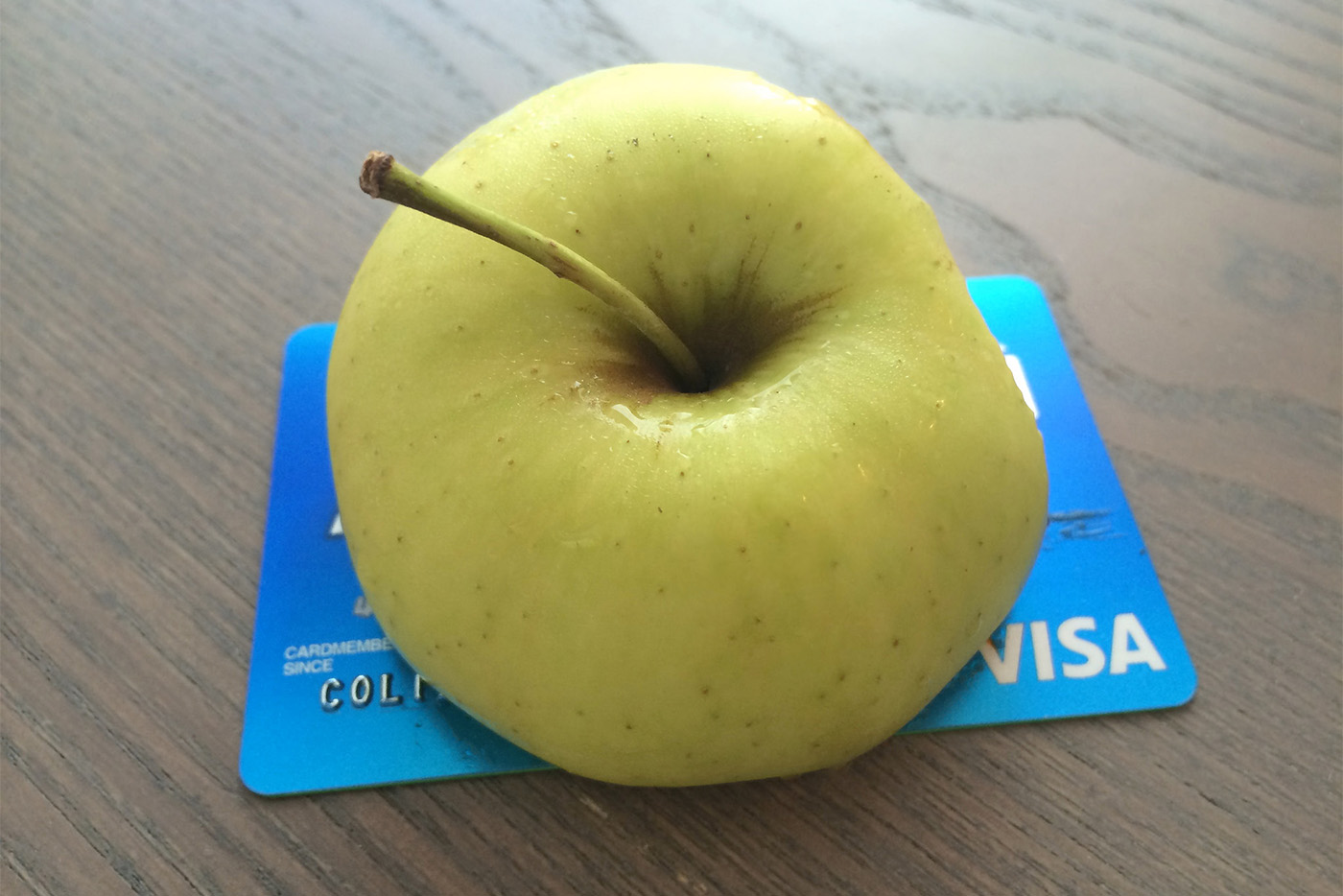 Something’s been nagging at me about Apple Pay, and the hype about it.

The Apple-Pay web page gushes: “Gone are the days of searching for your wallet. The wasted moments finding the right card. The swiping and waiting. Now payments happen with a single touch.”

What’s wrong with this picture?

It’s describing the digital facsimile of a process that is already on its way to becoming obsolete. But truly disruptive new services don’t just digitize the familiar. They do away with it.

In each of these cases, my payment information is simply a stored credential that is already associated with my identity. And that identity is increasingly recognized by means other than an explicit payment process.

In the case of Uber, I summoned the car. The driver already knows my name and my face, and our phones are traveling in tandem. Uber knows what I owe based on GPS, not by presenting me with a bill. And it charges me automatically. I “pay” simply by getting out of the car. That is the future of payment, not “hold[ing] your iPhone near the contactless reader with your finger on Touch ID.”

So, in a sense, Apple Pay is payments for everyone who hasn’t caught up with the fact that truly disruptive services have already done away with the old payment model.

There’s a further problem with Apple Pay. In order for it to work, we need these “contactless readers” to be widely deployed. Maybe the Apple hype machine will get those into every store, but it will take some time. In the meantime, I can imagine more Uber and Cover-like services cropping up, which simply take the mechanics of payment out of the equation.

Disclosure: O’Reilly AlphaTech Ventures is an investor in Cover.