Weekly check-ins are critical for managers and team members. 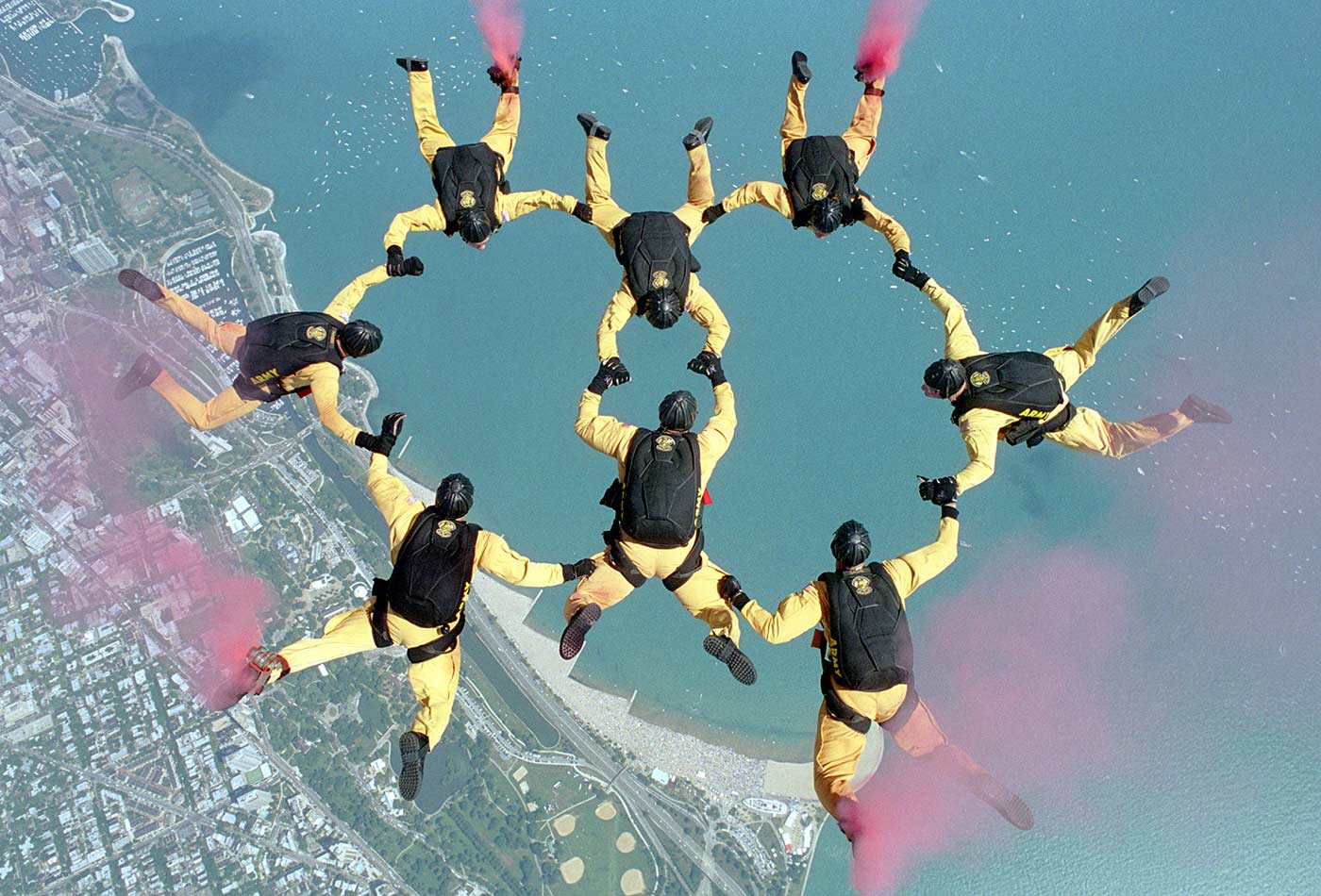 Download our free ebook "The Secrets Behind Great One-on-One Meetings", by Esther Schindler.

It’s common business practice to hold a weekly one-on-one meeting, enabling managers and team members to catch up with each other. So why do so many people resist these meetings so much?  That was one of the questions I asked while doing research for my new ebook, The Secrets Behind Great One-on-One Meetings.

Consider this example (names are changed to protect the innocent):

“My one-on-one meetings go like this,” Jackson tells me:

Manager: “How is everything?”

Manager: “Cool! …Well, these meetings just get shorter and shorter, don’t they?”

However, Jackson’s experience is all too typical. Even though he and his manager schedule regular meetings, neither of them gets anything out of them—except a simmering sense of resentment for the wasted time. As a result, their meetings become less frequent, and the emotional connection between the boss and worker frays.

It’s a damned shame, because—done well—one-and-one meetings are a great way to build trust and rapport. That weekly time slot is a predictable time for feedback and coaching. Even when a manager and team member get along well, a regular one-on-one is an opportunity to impart information privately, to raise emotional issues before they fester, to address career challenges, and to help managers make better decisions with team input.

But those benefits are invisible to people who have grown to hate such meetings. When I asked people for advice about running a great one-on-one meeting, I discovered that many people despise them. These managers and workers raised several objections, often for good reasons—but based on poor data, wrong assumptions, and rotten experiences. And that means everyone loses.

Whether you’re the manager or the worker-bee, in a tech field or otherwise, you want the team and the company to be productive and happy. Here’s the most common attitudes behind the resentment of one-on-ones, and how to resolve the problem.

I get and give information in regular team meetings. That’s all I need.

Perhaps the most common objection I encountered is that one-on-ones aren’t necessary. “We’re in tune with the job tasks to be done,” team members told me. “We have status meetings where we discuss project progress. Why add another meeting?”

“When I was new to management, I didn’t have regular one-on-one meetings with my employees,” says an experienced network manager I’ll call Darryl. “My own managers didn’t have regular one-on-ones with me, so there was no example to learn from.” Darryl’s team was small, and they saw one other every day. “We all knew what was on fire and what needed to be done,” he says. “Meetings were, by definition, a waste of time; therefore, why have them?” he reminisces.

The tech industry is full of people who are high-performing and comfortably self-managed. They see “feedback” as irrelevant meddling. One person explains, “I certainly don’t need the level of supervision of a construction laborer, nor should my team lead have to spend as much of his time managing us as would a foreman.”

As a result, many team members perceive the one-on-one as an interruption to their workflow. Peter, a sysadmin, says, “If I am not on track or am failing somehow, come grab me immediately and let me know. If I’m kicking ass, come grab me and let me know. Other than that, stay out of my hair and let me get stuff done.” He sees no reason to schedule a meeting. “If there’s a reason to talk, then do it immediately. If there’s no reason, then don’t waste my time.”

What these people miss is that a one-on-one is not a status meeting. This time isn’t for project planning or other operational tasks. You probably can handle those tasks in your team meeting, using Kanban or whatever methodology suits your needs.

Instead, think of the one-on-one as your time to catch up with one another: How are we doing, you and I? Let’s take a few minutes to look forward and to look back. If you’re so busy that you can’t take 15 minutes to talk once a week, then you have a bigger problem that the boss should know about.

Keith, a CIO, says, “Most managers do not know how to find out if you are leaving or unhappy or frustrated at the organization or the client or your wife or your car.” If you meet with the team member regularly, the signs are hard to miss.

The meeting is unwanted criticism or meaningless drivel.

Often, it’s not the idea of a one-on-one that people reject. It’s that the substance of their meetings isn’t helpful. The meetings are a barrier to communication, rather than an opportunity to connect.

Sometimes, neither manager nor team member is sure what to talk about. One developer has a standing once-a-week time slot that’s available for one-on-one, but most of the time she and her manager agree to skip it. “I suppose there might be some value to making it a regular thing,” she says. “But when neither of us has anything specific to discuss, who needs to spend time on awkward silences when there’s work to be done?”

In other cases, it’s the manager’s failure. Every manager should know that it’s his or her role to remove the obstacles that prevent team members from doing their jobs—but some apparently didn’t get the memo. That attitude isn’t usually malicious; perhaps it’s the effect of their own lack of training, but it has the same result.

“Managers talk way too much and don’t listen enough,” says Phil Stella, a workplace communication consultant, trainer, and executive coach. As a result, they also tell too much. Even when they have regular meetings, he says, the managers resort to rambling one-way data-dumps on a long list of topics instead of having a focused conversation on a specific time period, project, or problem—ideally, one that interests the team member. Then these unenlightened managers criticize ideas from staff during initial brainstorming conversations rather than generating a lot of ideas in a non-judgmental process. “The negative effects of such lame one-on-ones include failing to accomplish the initial objectives, wasting time, and demotivating employees,” says Stella.

For example, Jim felt that his direct report Tiffany was undermining him to other departments. Instead of talking it through with her, Jim began holding one-on-ones with Tiffany to monitor what she was doing and to micromanage everything she did. His purpose was to control, not to listen or to help.

After listening to the people unhappy with the on-one-on process, I realized that few had experienced a good one, or knew what to talk about. Here are a few examples to get you started:

My door is always open if a team member wants to talk.

One experienced CIO—whose work I know and admire—prefers a casual approach. He holds weekly team meetings to coordinate activities. But beyond that, he prefers to manage by walking around. “My management style is impromptu,” he tells me. “And my office door is always open.”

That well-meaning attitude works…to a point. For example, if you work on a team with remote employees, the team member has to have a “reason” to approach the manager in an instant message or by email. As Darryl explains, “As I struggled to keep up with my remote employees, I was frequently in the dark about what was going on between project status updates. Locally, I’d often find out about issues early while they were small, while remote issues would sometimes fester and grow until the employee finally reached their max tolerance level or felt they had no other choice and sent an email or made a phone call. By that point, the issue was already large, and we would go into damage-control mode.”

“The disconnect wasn’t just with remote employees, though,” adds Darryl. “My interactions with my local staff were mostly about the immediate work, or something I wanted from them. To be honest, it was pretty ‘me-centric.’ There really wasn’t a two-way relationship. There wasn’t necessarily trust.”

The underlying assumption behind this attitude is that it’s the manager who is busy “managing,” and that a good manager notices when there’s something to talk about. Even when you care sincerely about your people, that’s not a good bet. Some team members are reluctant to speak up. Some “don’t want to bother you with something this silly.” Some are confused during the team status meeting, but too embarrassed to speak up publicly. Some see the team lead “just stopping by” as an interruption, or resent being asked for input without an opportunity to think it through.

But a one-on-one meeting is not primarily for the manager: this is the employee’s meeting. It is the designated time and place for the individual to discuss problems, issues, and ideas. It’s a “safe zone” in which it’s okay to vent. The team members need to know that their communication is held in confidence and taken in the right spirit of support and compassion.

Even if you talk to most of the staff every day, it’s good to have a set time with each team member that is “our time.” David, a team lead, says, “It helps to have a scheduled time, so I am not ambushing them, and they are not ambushing me. They can prepare mentally, think about what they want to bring up, etc.”

Think you’re too busy and don’t have time to have one-on-ones with every employee every week? For this small investment, says Darryl, both manager and team member get something back. “You don’t need to interrupt their work just every time you think of a question; you know you’ll have a meeting with them in less than a week. So, now you have more time for your work, and they have more time, too. They really wish you’d stop interrupting them and let them get their work done.”

“And when you screw up and dump their entire in-memory state from working on hard problem X in order to answer your non-urgent question about Y, having a good relationship with you may lead them to be a little more forgiving of your minor misuse of role power,” adds Darryl. “Your full-time employees work for you 2,400 or more minutes every week; you can afford to give them 1.25% of that and dedicate 30 minutes to them.”

The benefit isn’t only for the employee. “Managers need to know these meetings are worth their valuable time and not just taking time away from ‘real work,’” one of my own former managers tells me. “And especially these days, when managers are also individual contributors.” She had to learn that lesson the hard way, when she had six people reporting to her. “At times I felt that the one-on-ones were taking over my schedule and taking me away from my work.” But, she adds, “I came to learn that I needed to accomplish more through the talents of the team and to delegate a lot more through these one-on-one meetings.”

What dire things happen when you don’t do one-on-ones or you don’t honor the process? “It’s like being stood up on date night when you’re 18,” says Jim Rosas, founder of business consulting firm @Revenue. “When done properly, one-on-ones give confidence, build deep relationships, and positively impact culture and revenue. When not done or the recurring time is not honored, there are hurt feelings coupled with short- and long-term negative impact.”

One-on-one meetings may be among the most important roles a manager can play. After all, what’s a manager’s job? To get results and to grow people. These meetings are a recurring forum for growing people.

How can you do that well? We’ve put together a free ebook to guide you.