Find out how to get your voice heard and bring a positive impact to a receptive audience. 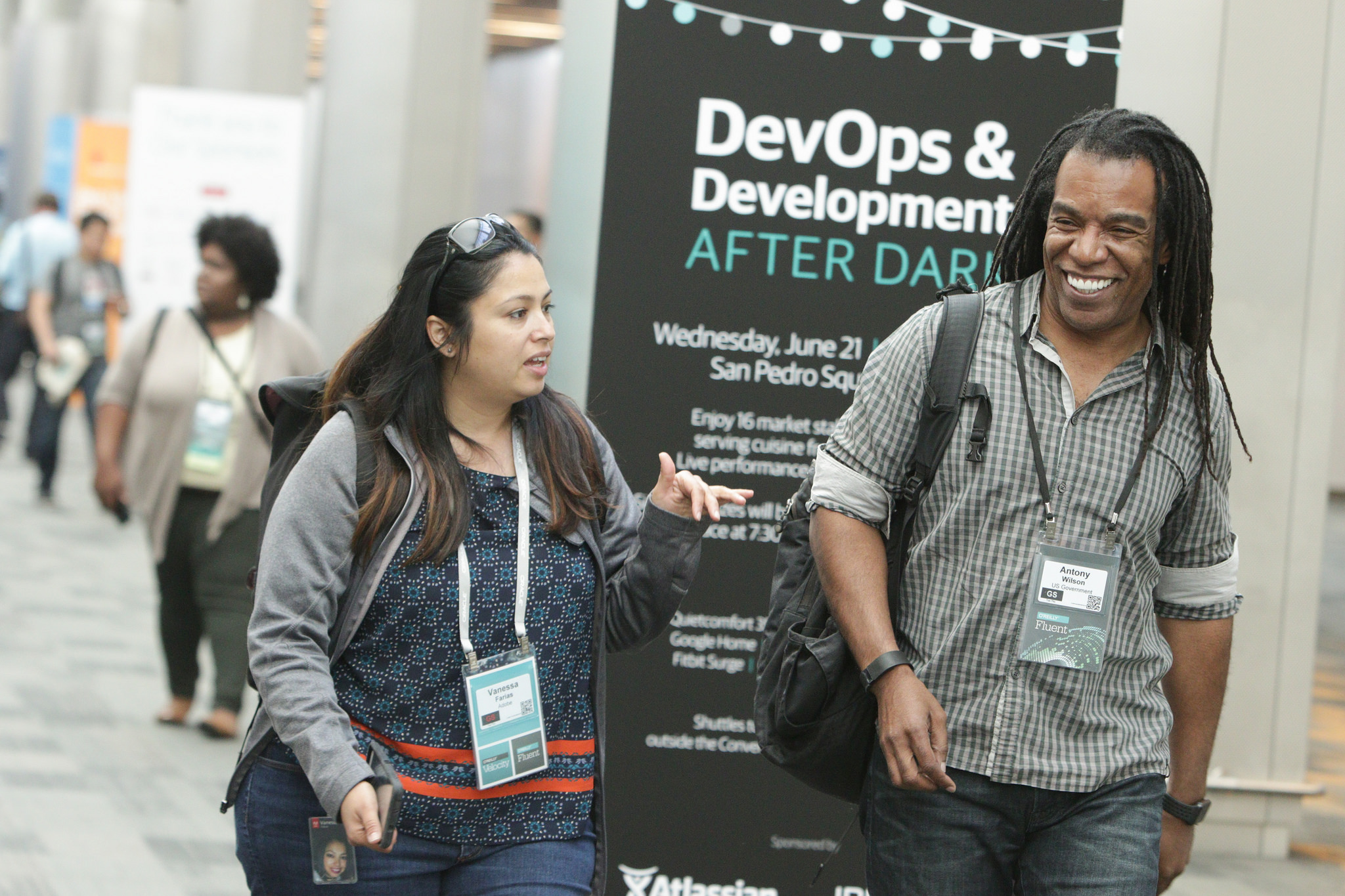 The 2018 Fluent CFP closes in a few days — on December 8, 2017. Don’t be alarmed! You still have plenty of time to send in your proposal. Here’s why I really, really hope you do.

I can’t even begin to express how much we want to see fresh faces and hear new voices on our stages. Yes, we all love seeing talks by industry rockstars (and we’ll definitely have our share of those), but what makes Fluent an important event is that it’s also a launchpad for the next generation of industry leaders. (Hint: This means you.)

Why do we need new voices? Because new voices bring new ideas.

Take web performance and accessibility, for example. These are two of the pillars of Fluent. They seem like obvious topics, but they were barely on people’s radar just ten years ago. Web performance was an incredibly fringe issue up until the first Velocity conference in 2008. Accessibility isn’t new to people who’ve been working at it in the trenches for years, but for most folks, it’s still an emerging issue.

Who knows what other new or unrecognized problems are out there that need to be solved? I bet you have some thoughts about that.

2. You know stuff that nobody else knows

A few years ago, Alicia Liu wrote a great post about overcoming imposter syndrome, which I think everyone should read. It includes a version of this graphic, which perfectly expresses how wrong our perceptions are about what we know versus what other people know:

To illustrate: I’ve been working in UX for a long time, but I didn’t get into the web performance space till eight or nine years ago. I was utterly intimidated by the presence of webperf luminaries who had much deeper technical knowledge than I did, and it took a little bit for me to realize that, as much expertise as these amazing folks had, I had my own slice of expertise, too.

At the time, most of the conversation around performance had to do with browser-based metrics like load time and such. I realized that, as one of the few people with a usability background who were working in performance at the time, I was in a unique position to correlate webperf with UX. So I made that the focus of all my proposals, and that approach has worked out pretty well.

Every time I go to a conference, I’m blown away by how much I don’t know. I love it. I’m 100% confident that you have experiences, insights, and hard-won wisdom that I — and others — would benefit from hearing about. Put those in your proposal.

3. Speaking at conferences is awesome for your career

Yes, we want speakers who have passion and insights and wisdom to share. But it’s okay to admit that you want to score some career-building wins for yourself, too.

Speaking at industry events can open so many doors for you. I say this from experience. I’ve managed to build a dream career while working in the mountainous wilderness of British Columbia. (Literally. I’m looking out my office window as I write this. Trees and mountains everywhere.) This wouldn’t have been possible without the serious boost that came from speaking at conferences.

Was I nervous when I started on this path? Hell, yeah! Do I consider myself the wittiest, smartest, smoothest speaker at an event? Hell, no! But I work hard, I care about the information I share, and I respect the audience I’m speaking to. I like to think that comes across when I’m on stage. It’ll come across when you do it, too.

Easier said than done, I know, but honestly, don’t be intimidated by the fact that your proposal is being considered alongside talks by folks who might be better known than you. At one point, those better-known folks were new, too. At Fluent we want diverse voices, old and new. Speaking at events like Fluent is a great way to feel part of — and help shape — our community (and it’s a nice leg up for your career, too).

All fired up? I hope so!

Here’s what you can do next: