6 reasons to use Ansible for network automation 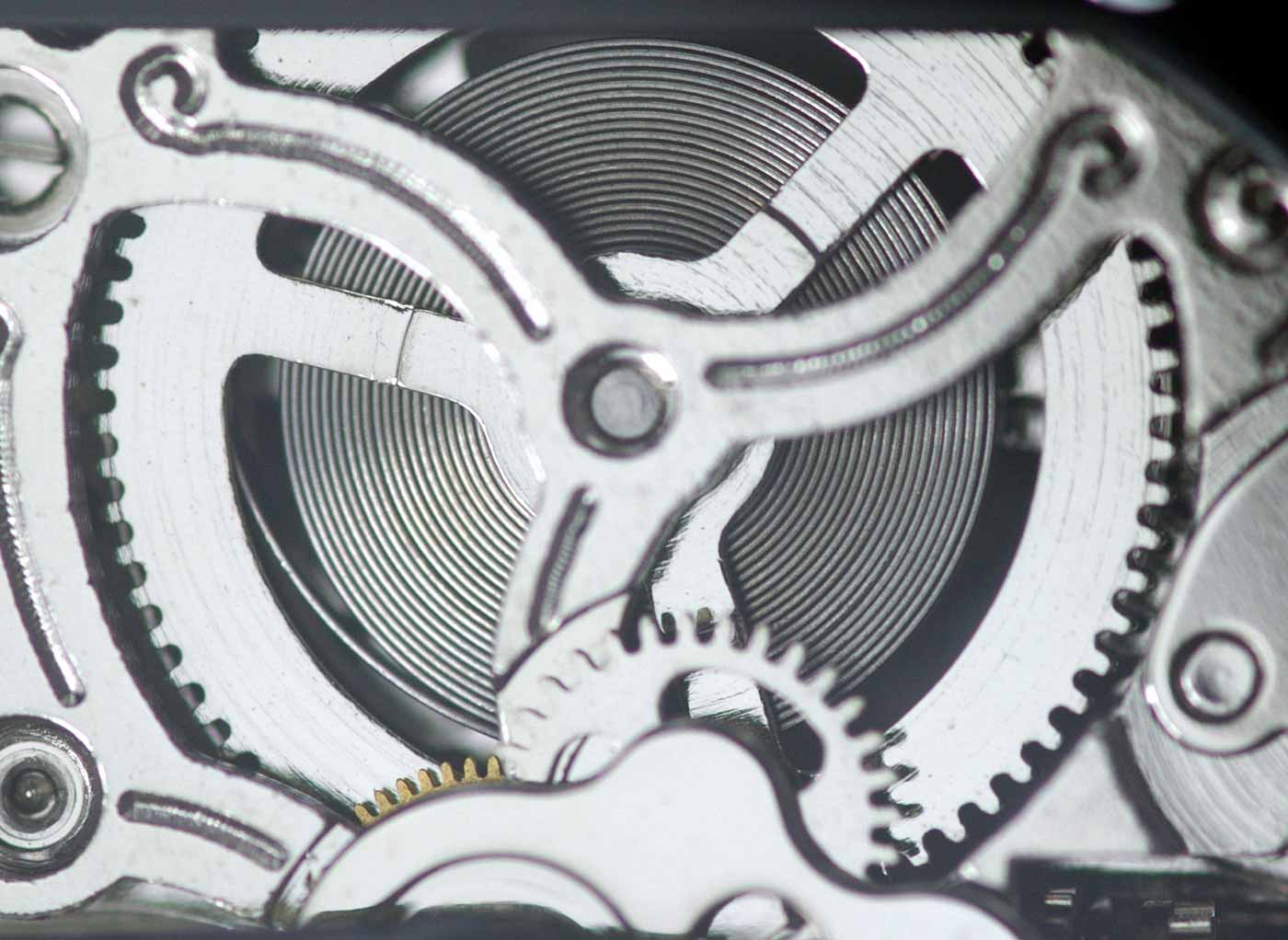 This is an excerpt from the report "Network Automation with Ansible," by Jason Edelman. Access the full report for free.

Ansible is a great platform for automating application deployments, but it is also an excellent tool for automating your network. Here are six reasons to try it.

The importance of an agentless architecture cannot be stressed enough when it comes to network automation, especially as it pertains to automating existing devices. If we take a look at all devices currently installed at various parts of the network, from the demilitarized zone (DMZ) and campus, to the branch and data center, the lion’s share of devices do not have a modern device application program interface (API). While having an API makes things so much simpler from an automation perspective, an agentless platform like Ansible makes it possible to automate and manage those legacy (traditional) devices, for example, CLI-based devices, making it a tool that can be used in any network environment.

As standalone network devices like routers, switches, and firewalls continue to add support for APIs, software-defined networking (SDN) solutions are also emerging. The one common theme with SDN solutions is that they all offer a single point of integration and policy management, usually in the form of an SDN controller. This is true for solutions such as Cisco ACI, VMware NSX, Big Switch Big Cloud Fabric, and Juniper Contrail, as well as many of the other SDN offerings from companies such as Nuage, Plexxi, Plumgrid, Midokura, and Viptela. This even includes open source controllers such as OpenDaylight.

These solutions all simplify the management of networks, as they allow an administrator to start to migrate from box-by-box management to network-wide, single-system management. While this is a great step in the right direction, these solutions still don’t eliminate the risks for human error during change windows. For example, rather than configure N switches, you may need to configure a single graphical user interface (GUI) that could take just as long in order to make the required configuration change—it may even be more complex, because after all, who prefers a GUI over a CLI! Additionally, you may possibly have different types of SDN solutions deployed per application, network, region, or data center.

The need to automate networks, for configuration management, monitoring, and data collection, does not go away as the industry begins migrating to controller-based network architectures.

As most software-defined networks are deployed with a controller, nearly all controllers expose a modern REST API. And because Ansible has an agentless architecture, it makes it extremely simple to automate not only legacy devices that may not have an API, but also software-defined networking solutions via REST APIs, all without requiring any additional software (agents) on the endpoints. The net result is being able to automate any type of device using Ansible with or without an API.

Being that Ansible is open source with all code publicly accessible on GitHub, it is absolutely free to get started using Ansible. It can literally be installed and providing value to network engineers in minutes. Ansible, the open source project, or Ansible Inc., do not require any meetings with sales reps before they hand over software either. That is stating the obvious, since it’s true for all open source projects, but being that the use of open source, community-driven software within the network industry is fairly new and gradually increasing, it’s worth pointing out.

It is also worth stating that Ansible, Inc. is indeed a company and needs to make money somehow, right? While Ansible is open source, it also has an enterprise product called Ansible Tower that adds features such as role-based access control (RBAC), reporting, web UI, REST APIs, multi-tenancy, and much more, which is usually a nice fit for enterprises looking to deploy Ansible. And the best part is that even Ansible Tower is free for up to 10 devices—so, at least you can get a taste of Tower to see if it can benefit your organization without spending a dime and sitting in countless sales meetings.

Ansible was primarily built as an automation platform for deploying Linux applications, although it has expanded to Windows since the early days. The point is that the Ansible open source project did not have the goal of automating network infrastructure. The truth is that the more the Ansible community understood how flexible and extensible the underlying Ansible architecture was, the easier it became to extend Ansible for their automation needs, which included networking. Over the past two years, there have been a number of Ansible integrations developed, many by industry independents such as Matt Oswalt, Kirk Byers, Elisa Jasinska, David Barroso, Michael Ben-Ami, Patrick Ogenstad, Gabriele Gerbino, and myself, as well as by leading network vendors such as Arista, Juniper, Cumulus, Cisco, F5, and Palo Alto Networks.

Ansible is used for application deployments within IT organizations. It’s used by operations teams that need to manage the deployment, monitoring, and management of various types of applications. By integrating Ansible with the network infrastructure, it expands what is possible when new applications are turned up or migrated. Rather than have to wait for a new top of rack (TOR) switch to be turned up, a VLAN to be added, or interface speed/duplex to be checked, all of these network-centric tasks can be automated and integrated into workflows that already exist within the IT organization.

The term idempotency (pronounced item-potency) is used often in the world of software development, especially when working with REST APIs, as well as in the world of DevOps automation and configuration management frameworks, including Ansible. One of Ansible’s beliefs is that all Ansible modules (integrations) should be idempotent. Okay, so what does it mean for a module to be idempotent? After all, this is a new term for most network engineers.

The answer is simple. Being idempotent allows the defined task to run one time or a thousand times without having an adverse effect on the target system, only ever making the change once. In other words, if a change is required to get the system into its desired state, the change is made; and if the device is already in its desired state, no change is made. This is unlike most traditional custom scripts and the copy and pasting of CLI commands into a terminal window. When the same command or script is executed repeatedly on the same system, errors are (sometimes) raised. Ever paste a command set into a router and get some type of error that invalidates the rest of your configuration? Was that fun?

Another example is if you have a text file or a script that configures 10 VLANs, the same commands are then entered 10 times every time the script is run. If an idempotent Ansible module is used, the existing configuration is gathered first from the network device, and each new VLAN being configured is checked against the current configuration. Only if the new VLAN needs to be added (or changed—VLAN name, as an example) is a change or command actually pushed to the device.

As the technologies become more complex, the value of idempotency only increases because with idempotency, you shouldn’t care about the existing state of the network device being modified, only the desired state that you are trying to achieve from a network configuration and policy perspective.

One of the problems solved with configuration management tools is configuration drift (when a device’s desired configuration gradually drifts, or changes, over time due to manual change and/or having multiple disparate tools being used in an environment)—in fact, this is where tools like Puppet and Chef got started. Agents phone home to the head-end server, validate its configuration, and if a change is required, the change is made. The approach is simple enough. What if an outage occurs and you need to troubleshoot though? You usually bypass the management system, go direct to a device, find the fix, and quickly leave for the day, right? Sure enough, at the next time interval when the agent phones back home, the change made to fix the problem is overwritten (based on how the master/head- end server is configured). One-off changes should always be limited in highly automated environments, but tools that still allow for them are greatly valuable. As you guessed, one of these tools is Ansible.

Because Ansible is agentless, there is not a default push or pull to prevent configuration drift. The tasks to automate are defined in what is called an Ansible playbook. When using Ansible, it is up to the user to run the playbook. If the playbook is to be executed at a given time interval and you’re not using Ansible Tower, you will definitely know how often the tasks are run; if you are just using the native Ansible command line from a terminal prompt, the playbook is run once and only once. Running a playbook once by default is attractive for network engineers. It is added peace of mind that changes made manually on the device are not going to be automatically overwritten. Additionally, the scope of devices that a playbook is executed against is easily changed when needed such that even if a single change needs to automate only a single device, Ansible can still be used. The scope of devices is determined by what is called an Ansible inventory file; the inventory could have one device or a thousand devices.

The following shows a sample inventory file with two groups defined and a total of six network devices:

To automate all hosts, a snippet from your play definition in a play‐ book looks like this:

And to automate just one leaf switch, it looks like this:

And just the core switches:

Being able to easily automate one device or N devices makes Ansible a great choice for making those one-off changes when they are required. It’s also great for those changes that are network-wide: possibly for shutting down all interfaces of a given type, configuring interface descriptions, or adding VLANs to wiring closets across an enterprise campus network.