8 mistakes that can derail your IoT project

Deliver on user expectations by attending to hundreds of tiny details. 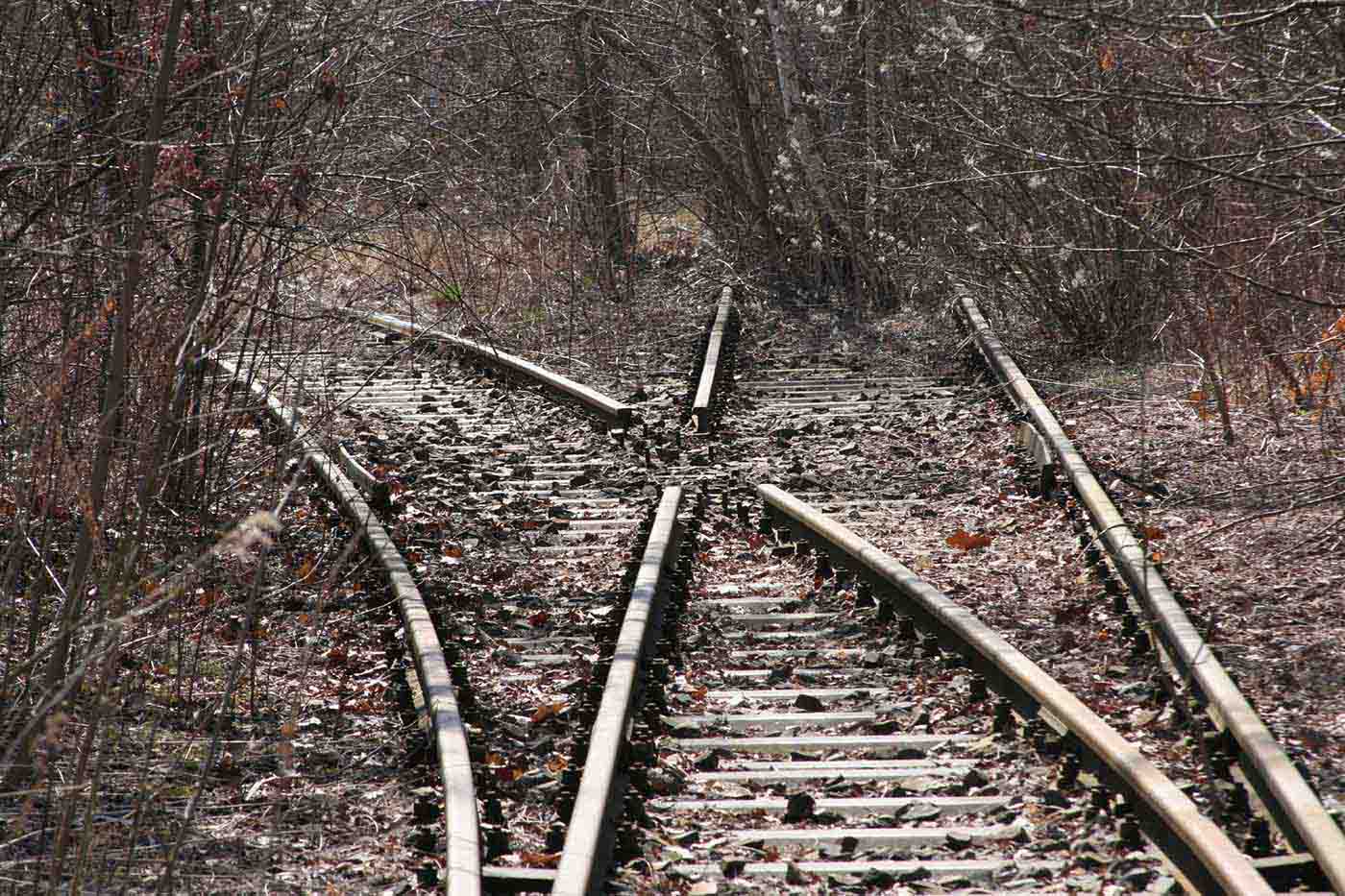 The Internet of Things has already begun to shape consumer electronics for the next decade. But every new capability brings new possibilities for failure: when those new capabilities require taking a straightforward product with a simple feature set and connecting it to an entire planet’s worth of digital information and input, things get complicated quickly. Connected devices might be the easiest products in the modern consumer landscape to get wrong.

You can head off complications by making careful decisions early on about exactly what experience the device should provide, and then seeing it through to execution. In practice, this means binding your interaction design (IxD) process tightly to your electrical engineering (EE) process, and making sure the former is driving the user experience and the latter is driving decisions about technology.

But doing this is harder than it sounds. More than any app, peripheral, or standalone digital device, an IoT product takes an enormous range of expertise to get right. Someone’s got to take care of the digital and tactile interfaces, the connectivity protocols, online security, energy usage, and notifications, not to mention the design of the physical device and its role in the larger digital ecosystem—and all of these experts need to know what each other is doing.

A “magical” IoT product is the direct result of meticulous alignment and relentless collaboration between disciplines. A change made by one member of an aligned team can spark insights and new opportunities for the others; on a disheveled team, that same change is a recipe for disaster.

The good news is, there are distinct mistakes to avoid if you want to prevent things from going off the rails. Here are eight of the biggest blunders, and how to keep them from spoiling your next IoT project:

1. You lead with something besides research

There’s an ongoing debate in the tech and design communities about whether hardware or software should lead an IoT design effort, but they’re both wrong: research should lead.

A good research effort can tell you whether the device you’re designing should be connected in the first place—an underlying question that many companies fail to even examine. Connectivity also adds to the user’s attention burden, so it’s important to examine whether the experience trade-off is worth it.

Most crucially, a solid research foundation serves as a “third thing” that designers and engineers can reference throughout the project. If every decision turns into a debate between opposing factions, you probably don’t have the kind of clarity and guidance that research provides – and your finished product likely will be a hodgepodge of features that have nothing to do with user needs.

Creating a connected device is a bit like making a movie: it has a beginning, middle, and end; challenges to overcome; and an ultimately victorious hero (the user).

Figuring out what this story is, and how to tell it vividly, is the crucial first step in your process: it’s the tool you use to get buy-in from the various disciplines on your team. (All of the disciplines have something to contribute to the realization of the “fairy-tale” user experience.)

There are some design efforts where a seat-of-the-pants, figure-it-out-as-we-go approach can succeed. IoT is not one of them.

3. You’re working from more than one spec

The other key feature of that user experience story mentioned in #2 is its centrality. When various disciplines work together, as they must on nearly any IoT device, it’s easy for each to formulate their own set of project goals, whether that’s a cost target, a feature set, or a form factor constraint. While each may be valid, it’s crucial to corral them together into a single spec that everyone on the team is looking at.

The bottom line: make sure your experience story informs one central spec, and make sure everyone references it, often.

Often when engineering decisions are made before interaction design is considered, cost becomes the default tiebreaker. In mature product categories where price point is a key factor, this can make sense, but with connected devices, the “fairy tale” user experience is all-important. Saving eight cents per unit but crippling the interactive experience along the way is a great way to kill your product before it has a chance.

In many cases, a well-integrated IxD effort can actually reduce overall project cost. Often, the best way to improve a user experience is to strip it down, removing unnecessary features or details that complicate the interaction and add cost. By focusing in on the product’s core functionality, a good IxD team can help engineering do its job better, both in terms of cost and customer delight. This is first and foremost a UX optimization task, though not a value engineering one.

Make sure that expense is a factor, but not the factor.

5. There’s no plan for when the Wi-Fi goes out

In the rush to add Internet-enabled features to products, it’s supremely easy to forget about the case when there’s no Internet. Most, if not all, of the IoT horror stories of the past few years hinge on this failure—think web-enabled lights that won’t turn off because the Wi-Fi is down, or a car that won’t start because its operating system is updating.

Remember that an IoT product is really two products: the connected one and the unconnected one. By making the product usable in a disconnected state, you’re making it clear that the user is ultimately in control—a major concern among many IoT-wary potential customers. Strive to make your product like an escalator: better than a flight of stairs, but still useful when the power goes out.

6. Your designers and engineers aren’t talking

This is probably the most common mistake, and the easiest to fix, as long as your company culture supports it. When different disciplines spend time working in the same room, they quickly realize where their assumptions and priorities differ. This can be uncomfortable, but it’s something aligned teams do early and often.

You or your clients will almost always need to move quickly, so you should run engineering in parallel with IxD, which can be a recipe for disaster without sufficient communication. Realistically, IxD often gets a head start, but you should make sure other disciplines sit in on the meetings—and make sure that whatever engineering is up to later in the process, they’re sharing it weekly, or even daily, with designers.

7. You didn’t future-proof the hardware

One of the great things about connected devices is that, through software updates, they can keep getting better after purchase. Over-the-air updates (OTAU) are practically table stakes in IoT these days, but it’s not enough to just ship a bug patch every four months.

A great device has additional hardware capacity built into it, thoughtfully provided by designers who know what the connected device landscape is going to look like one, two, and three years down the line. It also has an update cycle that’s designed to not interfere with daily use, and anticipates impending security risks.

When our designers redesigned the Rachio smart sprinkler system, for example, they took care to build in additional wire ports in anticipation of software updates that would expand the number of watering zones it could control. We also switched out the chipset for a module that will eventually make it compatible with other IoT hardware. In both cases, the additional hardware is worth the small investment because it creates an opportunity for future moments of magic.

Customers are willing to spend extra on connected devices because they expect to get something for tomorrow as well as today. Make sure they do.

8. You waited too long before hiring a development partner

Despite all the difficulties of bringing a connected device to market, you’ve got at least one thing on your side: manufacturers who have done this before. Unless you’re running your own factory, chances are you’ll be working with a development partner who already has some experience bringing IoT products to market, and they’re among your best resources for avoiding mistakes.

That’s why it’s a good idea to start talking to vendors early in the process, while you’re still working out the design. Pick one with a good track record, let them know what you intend to do, and tell them you want to know what they think of your choices for radios, chipsets, power supplies, etc. They shouldn’t be dictating what you make, but ignoring this kind of expertise is like leaving money on the table.

Deliver an experience, not just a product

What drives all of this newfound attention to experience and process is the extreme sophistication of today’s consumers. Primed by years of smartphone and tablet use, the people who shop for IoT products expect seamless integration and intuitive interfaces.

Delivering on these expectations—as any designer at Apple, Google, or Samsung could probably tell you—requires unfailing attention to hundreds of tiny elements that would’ve seemed insignificant just a decade ago. Get them wrong, and your product of the future looks like a relic of the past. Get them right, and you’ve got a little bit of magic, and the loyal customer base that comes with it.