8 things to watch in the Web world this year

You'd think that the Web had already tried everything, but it keeps reinventing itself. 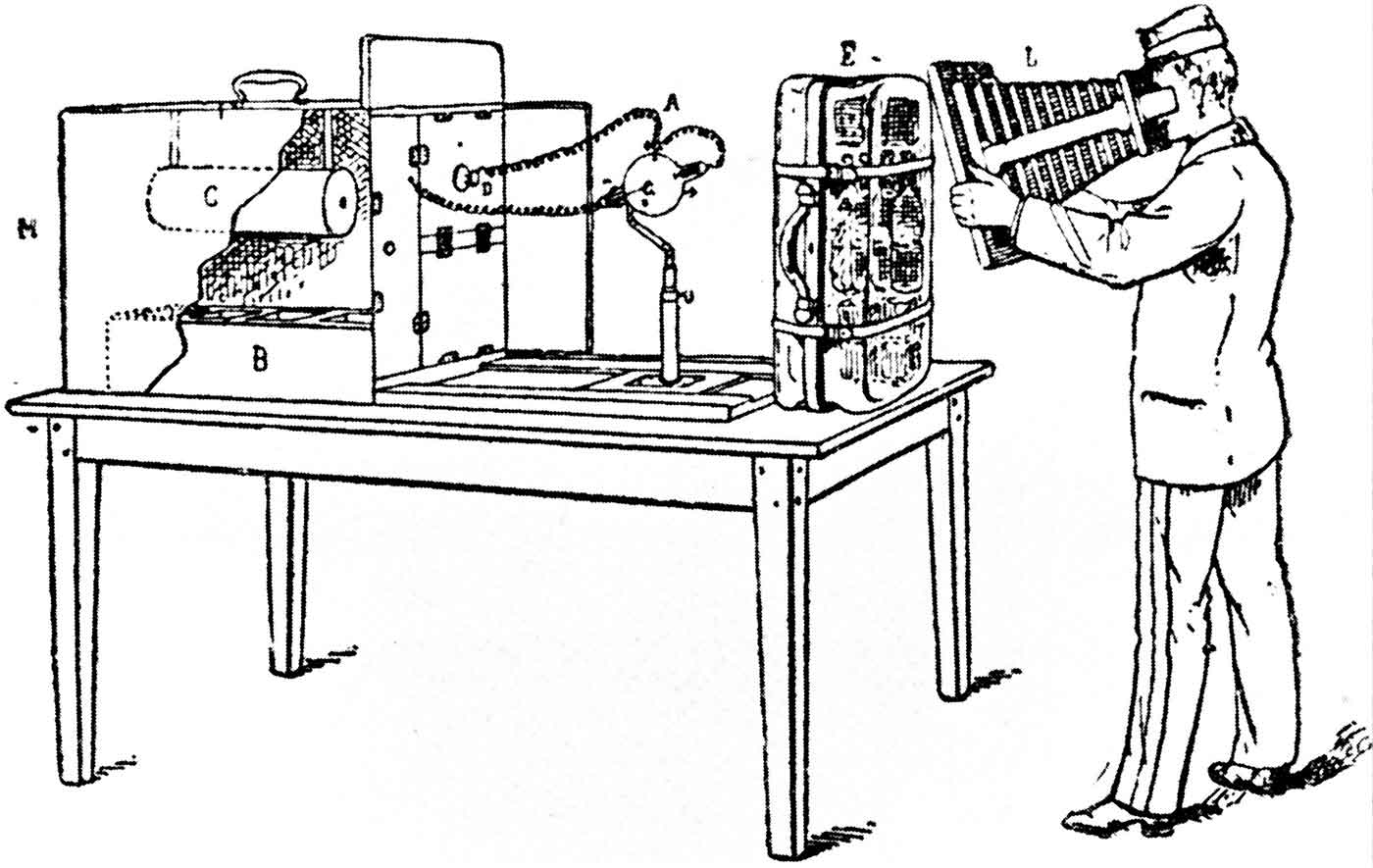 Drawing of an invention for using X-Rays to scan luggage (source: Mark Wahl via Flickr)

Get the O’Reilly Web Newsletter to receive weekly JavaScript, HTML5, and other web development news, tips, and updates. The following piece was first published in the Web newsletter.

After more than two decades, you’d think that the Web had already tried everything, but it keeps reinventing itself. What should you watch? Here are ideas from folks inside and around O’Reilly.

CSS layout is improving rapidly. CSS4 grids are going to be amazing, but we have to kill the old browsers first. Flexbox is almost here, though. It’s been mired in a shifting set of syntax standards, but browsers are catching up. Flexbox will give us the power to handle vertical alignments easily. Bootstrap 4, coming soon, includes flexbox through a Sass variable toggle.

ES6 (aka ES2015) should be on your radar if you’re a professional web developer—it just might be the most important release of the language since the first one that came out with Netscape Navigator 2.0 in 1995. It introduces highly anticipated new features like classes and modules (w00t!), and makes subtle changes to variable scoping through new keywords like let and const. But wait, there’s more! Multi-line String variables, Maps, Sets, and even “Fat Arrow” functions that cure the dreaded ‘var that = this;’ disease.

SVG is taking off. In responsive web design approaches, an image that’s able to stretch, animate, have internal styles, set type, and do much more without losing resolution makes it usable for almost any graphic problem. In that sense, one could argue that SVG is the most true web image format. In CSSDevConf’s session voting, SVG proved popular with the CSS community, with four talks. At the conference, it was so popular that we decided to host an online conference, SVG Summit, dedicated solely to this image format. For web designers, we’re just beginning to get started to see how far we can push it. And that’s one thing that makes me excited for 2016.

CSS animations has seen a slow and steady rise this year, and I’m looking for that to continue into next. Gone are the Flash days of animation and interactivity—you don’t have to be an expert or web designer to embrace the power of animations in CSS. Blogs, courses, and online resources are popping up everywhere to show you the wonders of CSS. This topic presents a cool opportunity to take some of the monotony out of your day-to-day CSS work, and add some creativity and spontaneity to it. It’s a smart skill to have in your back pocket, and can prove to be a handy tool if you’re willing to push the limits.… I’m looking forward to seeing it taking off in 2016.

First came the alert boxes, then AJAX, then single-page apps, and somewhere along the line everyone’s “Back” button stopped working. Has JavaScript gone too far? Yes, and no. JavaScript will continue to expand the power of the browser, offering access to local storage, sensors, and 3D animation, though we need to stop assuming its presence. Progressive enhancement isn’t new, but it’s gaining new life in the age of the single-page app. Eric Meyer said it at Fluent: all you can rely on is HTTP and HTML. The rest is icing on the cake! I think progressive enhancement will see new life in 2016.

Isomorphic, universal, fronty-backy, whatever term you might have for it, an increasing number of companies and developers are adopting a new approach to architecting their apps where JavaScript code is shared between the browser client and web server. Companies such as Walmart, Airbnb, Netflix, and PayPal have begun adopting isomorphic JavaScript solutions that allow their apps to run at faster speeds while preserving SEO compatibility.

The Cloud is where we’re going to see a lot of action, though that may not be what we usually think of as “web.” For instance, with IoT (internet of things) technology, even though we have specifications such as Zigbee, Z-Wave, and Thread (not to mention Bluetooth and Wi-Fi), which enable device-to-device communication, most of the devices are still controlled by home hubs that make use of cloud-services, or cloud services, directly. Most hubs and smart devices don’t have a lot of smarts built-in to handle possibly complicated routines. Case in point: Amazon’s Echo has limited support for local functionality. This is supposedly why there’s wake word limitations. Most of the Echo functionality is handled in the Cloud. In the Cloud, it can support searches for music, answer questions, and find news, as well as handle communicating with hubs and devices to control what they do. Because it’s in the Cloud, I can interface with any of my Amazon Echo devices with any of my computers, tablets, and smartphones.

Node.js combined key tools from the Web into something new that’s rapidly moving beyond the Web. I remember being surprised to see a tool I’d thought of as a server-side web framework (and convenient JavaScript learning environment) to build desktop applications. Now I do that routinely with nw.js. The Hardware Showcase at our Fluent conference showed me that Node could work in embedded systems, conversation at our Solid conference showed me that embedded developers were excited about Node, and JSConf showed me how those possibilities unlock fun for many more people than had participated in the embedded world. As Mikeal Rogers put it at JSConf, “Node’s story is looking like the Web at this point.… It’s going everywhere.”