AI and the future of design: Will machines take your job?

AI has raised the stakes higher than ever before. 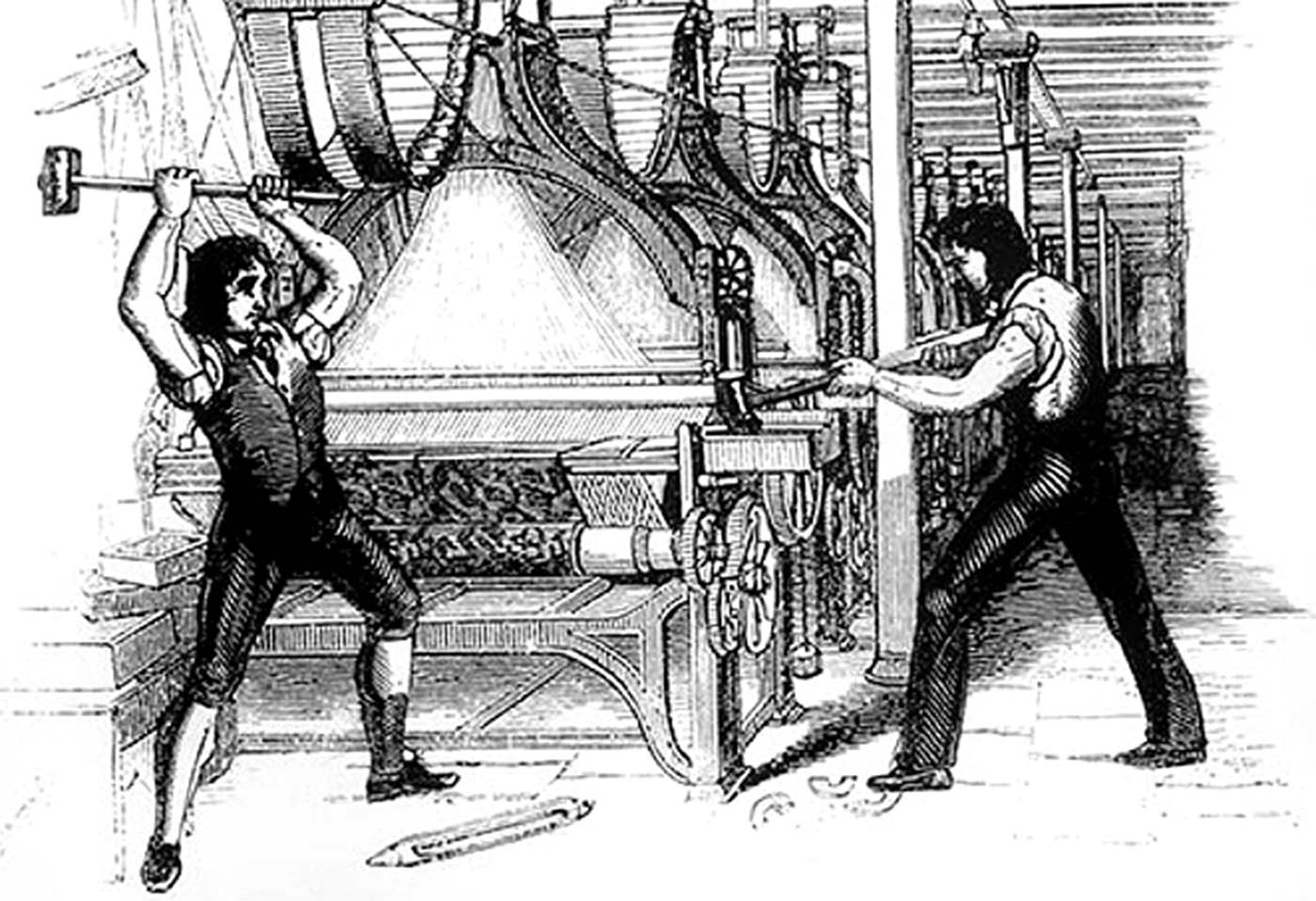 Frame-breakers, or Luddites, smashing a loom, 1812. (source: Via Christopher Sunde on Wikimedia Commons)

For more on the future of AI and design, check out Mike Haley's session "The future will see you now: Machine learning transforms design" at the O'Reilly Design Conference, March 19-22, 2017, in San Francisco.

This post originally published on Medium; it is republished here with permission.

Welcome to the Fourth Industrial Revolution, or what the World Economic Forum calls the “fusion of technologies that is blurring the lines between the physical, digital, and biological spheres.” One aspect of it, artificial intelligence, is poised to change our lives dramatically. For the better or for the worse.

In this ongoing series by Artefact co-founder and joint CEO Rob Girling, we will explore what the impact of AI will be on us as humans and designers. Our first installment, by Rob Girling, takes a look at what makes the stakes higher than ever before.

AI: Will robots take your job?

Already, artificial intelligence is all around us, from self-driving cars and drones to virtual assistants and software that translates or invests. But at the rate AI and robotics technologies are progressing, it is a very real possibility that in as few as 10 to 15 years, almost half the occupations we know of today and tens of millions of jobs will be displaced by automation. A substantial share of the occupations most at risk in the near term are in service occupations, which have accounted for most of the U.S. job growth over the past decades, and which are forecasted to comprise 96% of the job growth of the next decade.

For the 2.1 million employees at Walmart, and millions of others at other retailers, how long before all the shelf restocking and customer assistance jobs are replaced by the descendants of robots like Lowes’ new robot? How long before fast food jobs are replaced by the descendants of systems like Momentum Machine’s burger flipping master? Far from being rhetorical questions, we are only a few years away from having AI-powered systems tackling these tasks more efficiently, more productively, and more cheaply than people. While AI will be commonplace, people will become replaceable. And that is a problem.

Throughout history, at the onset of every new era of technology, there have been plenty who have speculated and worried about imminent human redundancy. However, analysis by economists has shown that what actually transpires is the creation of entirely new kinds of occupations and millions of new jobs. Economists have dubbed this anxiety, “the Luddite fallacy,” after the failed Luddite rebellion in 19th-century England, where artisans, afraid of losing their jobs, vandalized power looms.

But many technologists speculate that this time with AI it’s different. Previous technological revolutions were largely confined to the mechanization of manual tasks. In comparison, AI has started to displace not only physical labor but an increasingly wide range of cognitive tasks, which, until now had remained exclusively in the human domain. Current AI systems are becoming capable not just of conducting relatively low-skilled manual jobs, such as driving or moving inventory in warehouses, but are also encroaching on cognitive jobs, such as trading in financial markets, assessing the probability of winning legal cases, automatic journalism, and doing medical diagnostic work better than humans.

Some argue that the effects of automation are already visible and present in economic data since the turn of the millennium. Yet, it’s hard to prove definitively if human technological displacement is already occurring. The clearest test case for this new era will be self-driving cars, which will likely be adopted over the next few years. If large, centrally managed, low-cost fleets of intelligent electric taxis become quickly available, it won’t be long before people start questioning the need for car ownership. This will not only displace millions of professional driving jobs, but also jobs in the surrounding support industries —from auto-body and maintenance services to car dealerships, gas stations, insurance companies, and so on.

Compounding the potential joblessness impacts of automation is the rate with which the technology is growing in capability and decreasing in price. This is the result not only of Moore’s law and similar improvements in technology, but because the whole networked system can instantly benefit from every upgrade. For example, the improvement in the software on board a car benefits the entire fleet instantly. Furthermore, the massive fleet-scale data sets allow for real-time improvement and optimization.

While I am confident that entrepreneurs will create new jobs that we can’t yet fathom, it’s difficult to imagine the creation of whole new occupations and industries that will enable us, within a single generation, to keep pace with the rate of job displacement. In the automotive example, estimates vary, but some speculate that as many as 8 to 10 million jobs will be eliminated within 10 to 15 years.

The joblessness impact is compounded by other factors beyond automation technology. The “Superstar Effect” —in this case, the tendency for the top digital company to dominate its respective market category, is one of these factors. In the age of the internet, where friction like scalability and availability do not exist, the first mover advantage translates into immediate overnight domination. As a result, market leaders experience winner-take-all gains, as consumers do not have any reason or incentive to select someone else. Just look at Google, which dominates 70% of all online search; Apple iTunes, which boasts 64% of paid digital music downloads; and Amazon, which on its Prime Day this year, had 74% of all U.S. e-commerce.

The Superstar Effect translates into less competition and an increasing emphasis on technological employment. However, compared to earlier technology eras, today relatively few people are employed in the tech sector. The extreme example is early technology darling Kodak, which at its prime employed 140,000 people. In comparison, when Instagram was acquired by Facebook in 2013, it employed just 13 people.

The World Economic Forum proclaims that “[t]he possibilities of billions of people connected by mobile devices, with unprecedented processing power, storage capacity, and access to knowledge, are unlimited.” But it also acknowledges that the potential dark side of the Fourth Industrial Revolution is growing inequality, fueled by automation and job displacement.

Two particularly challenging questions arise. The immediate one is:

The second one will be a recurring challenge that we will have to face ever more frequently as change continues to accelerate:

Thinking about the long-term outcomes and answering these questions will be vital, even as we get all-absorbed into and giddy about designing the next Alexa, the next Siri, the next self-driving car. Or because of that.