An inside look at OSCON

OSCON program chair Rachel Roumeliotis on what it takes to make OSCON happen and what to expect at OSCON in London. 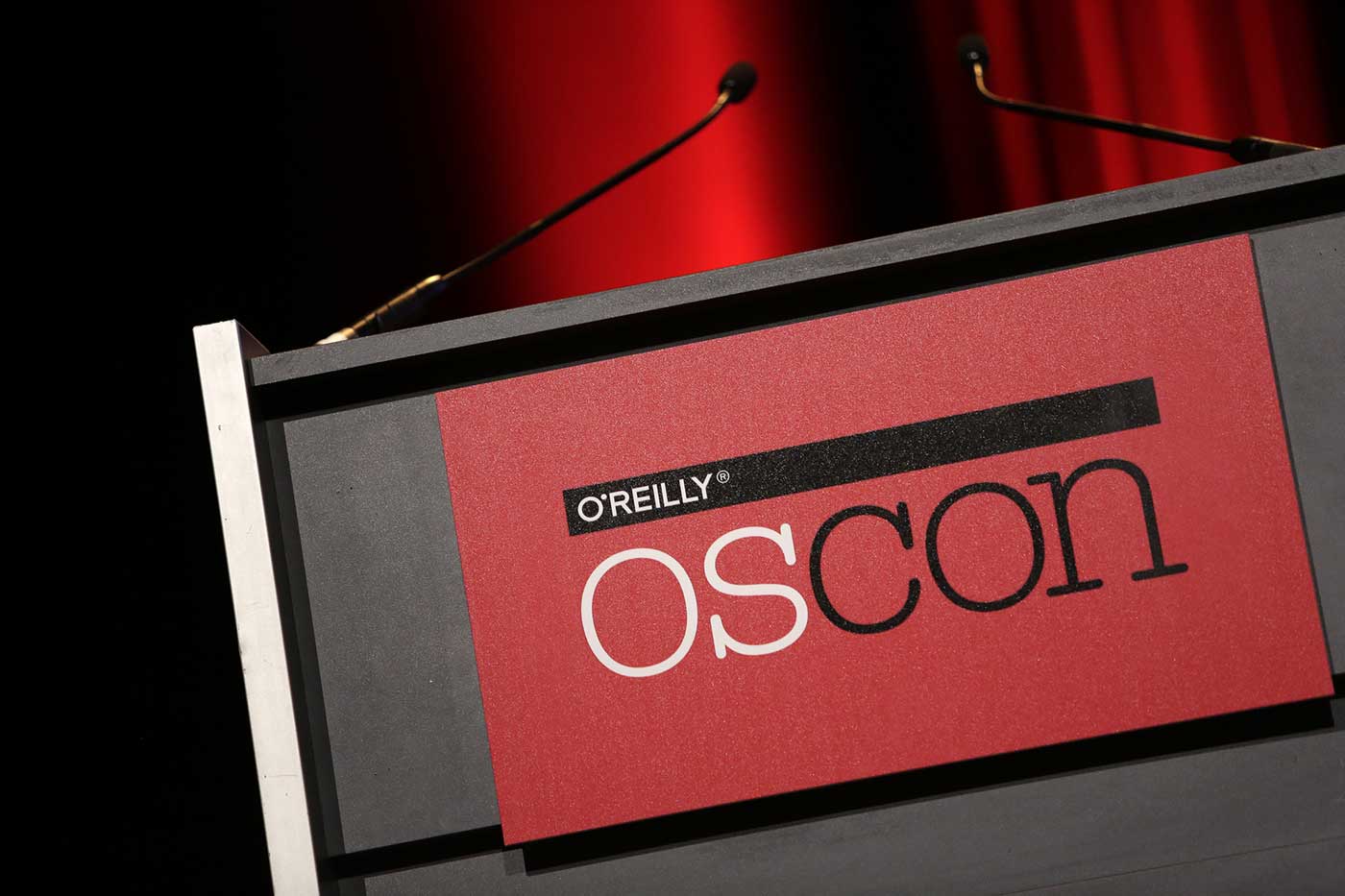 This interview with OSCON program chair Rachel Roumeliotis was published in Linux Voice magazine. It's republished here with permission.

Register to attend OSCON in London (17-20 October with training courses on 19-20 October). Use code RTB20 for 20% off of your conference pass.

We often write about OSCON, O’Reilly’s Open Source Convention. It’s a conference that for a long time took place in Portland, Oregon, in the north west of the United States. It was always an expensive conference to take part in, especially for Europeans, but it was also one of the best places for meeting people at the top of their game, and often, the people who helped create many of the technologies we all rely on. Last year, OSCON split into two, with one event being held in Austin, Texas, and another in Europe. Last year’s European adventure was held in Amsterdam, and this year it’s being held in London between 17 and 20 October.

Rachel Roumeliotis is a strategic content director at O’Reilly Media, where she edits and curates words on everything from enterprise to emerging programming languages. She’s also the current programming chair for OSCON. That means she’s responsible for putting together the various sessions, tutorials, keynotes and talks that make up the event, a process that starts almost as soon as the previous year’s conference stops. We got a chance to ask her about how she’s been putting together this year’s event, and how things have been going in general for OSCON now that it’s no longer bound to North America nor a single event a year.

How did the move to Austin go this year?

Rachel Roumeliotis: Moving to Austin was a great adventure. We had so many great years in Portland (I’m sure we will be back at some point) and had a hand in building up Portland’s open source community, so it is fun to be able to be a part of an up-and-coming tech hub again. We definitely had a lot of new voices mixed with OSCON favourites, and I expect this year to be more of the same.

Karen Sandler’s OSCON report mentioned how important local outreach had been to the conference’s success. How do you balance outreach—perhaps the true origins of OSCON—with the needs of corporate sponsors and proposals from people who are leaders in their fields?

RR: Good question. It all comes down to one main focus—how do we create an outstanding event for attendees? Everyone from the individual who is working on her first proposal to a well known community leader to an enterprise that has five different employees submitting and a giant booth all really want the same thing—engagement with the audience. The job of the chairs and committee is really more one of course correction than balancing. We guide our proposers via our CFP (Call For Participation) towards what we want the program to look like, and on occasion to ensure that content is focused on thought leadership and “how-to” suggest modifications to a proposal. Getting out in front of the entire audience from community to enterprise and being clear with our intent for the conference really allows for the program to balance out quite nicely by itself.

How do you think attendees have changed over the last 17 years? Do you think they reflect the state of open source development?

Individuals who attended the first OSCON were often introduced to open source via Linux, which was a revelation letting developers peek under the hood. Many of the developers new to the community now look at open source as a standard part of software development. That is a big shift. What has stayed consistent is that our attendees are committed to open source. Open source needs tending and that hasn’t changed since its inception.

What do you think the term “open source” means today?

It feels to us that cloud-based innovation has always been a big part of OSCON, even before cloud was a thing. Do you think the current state of cloud-computing could have been predicted and where do you think it’s headed?

RR: Cloud-based innovation is core to the changing world that the software developer finds herself in and so it would follow that OSCON as a reflection of the community would find it at its core as well.

How does organising a conference in London differ from Austin, or Amsterdam?

RR: As I mentioned, each OSCON is steeped in the community where it is located, so like Austin and Amsterdam, we needed to learn about London and what software communities were focused on in that city. We took into consideration the financial sector, the larger-than-normal Java community, and that fact that the big data industry is strong in London when organizing the program.

Do you think the locale of a conference affects the type of proposals and how you edit a conference’s content?

RR: Somewhat. We generally get a lot of proposals from the local area, so as I mentioned you will see more prominently the trends of London in a CFP for a London event.

How do you ensure a conference has an overall coherence when including huge numbers of subjects?

RR: It is hard. With the connective tissue being open source the content can go far and wide. Choices have to be made about topics, levelling needs to be considered, and it’s a constant balancing act to ensure that there are enough specifics vs overarching conceptual talks.

What areas of cutting-edge development or technology are you most excited by?

RR: In open source, AI is certainly of interest, as is the blockchain; both are seeing lots of action due to the core bits of technology being open source.

Are there any talks/sessions/ keynotes you’re particularly looking forward to in London (I know this is probably an impossible question to answer)?

RR: For our London event, I’m actually quite interested in how the UK government has incorporated open source throughout, and we have a few sessions and keynotes highlighting aspects of that evolution.

Do you think technology is changing the role of publishing in ways more subtle than how content is delivered? I’m thinking of the power of “search,” where knowledge is delivered directly and perhaps only recalled for long enough to implement an idea or answer a question. But also, the nature of reading off a screen is changing the way we take in information [see this].

RR: Ebooks mimic paper books, so as much of an evolution as they were, we are really in the same place in many ways. To this point both digital and print media are generally linear and a reader needs to seek them out. You mention search as an innovation in learning—this is true and has changed the nature of reference books. Do you need a reference book when all knowledge is online? The answer is it depends on the question and the answer.

What is now becoming the central question is how do you curate the information that a person needs; how do you push instead of pull genuinely needed info to an audience so that it is appreciated and not pushed back? Some of that is simple curation, but we are in the middle of figuring out how to be a constant resource that is always there with the right answer rather than a pile of answers one would need to search through for minutes or hours.

How do you think edited content can best fight for its position against social media opinion and self-publishing?

RR: I do think that working with a publisher or editor helps to make the content as succinct and clear as possible among all the noise.

Do you think print publishing can learn anything from the mistakes made by the music recording industry?

RR: One way we can learn is by listening to our customers and offering a variety of different ways in which to intake content; the music industry seemed to listen too late and then put all its eggs in one basket for a while.

Do you think it’s now easier or more difficult to find good writers than perhaps 10 years ago?

RR: Good question. Honestly, the same, there are many good technologists, engineers, architects, and developers but to find one who can also express how to do what she does is an added gift and as rare as always.