Combining CAD, simulation, and AR to change how we repair and use cars. 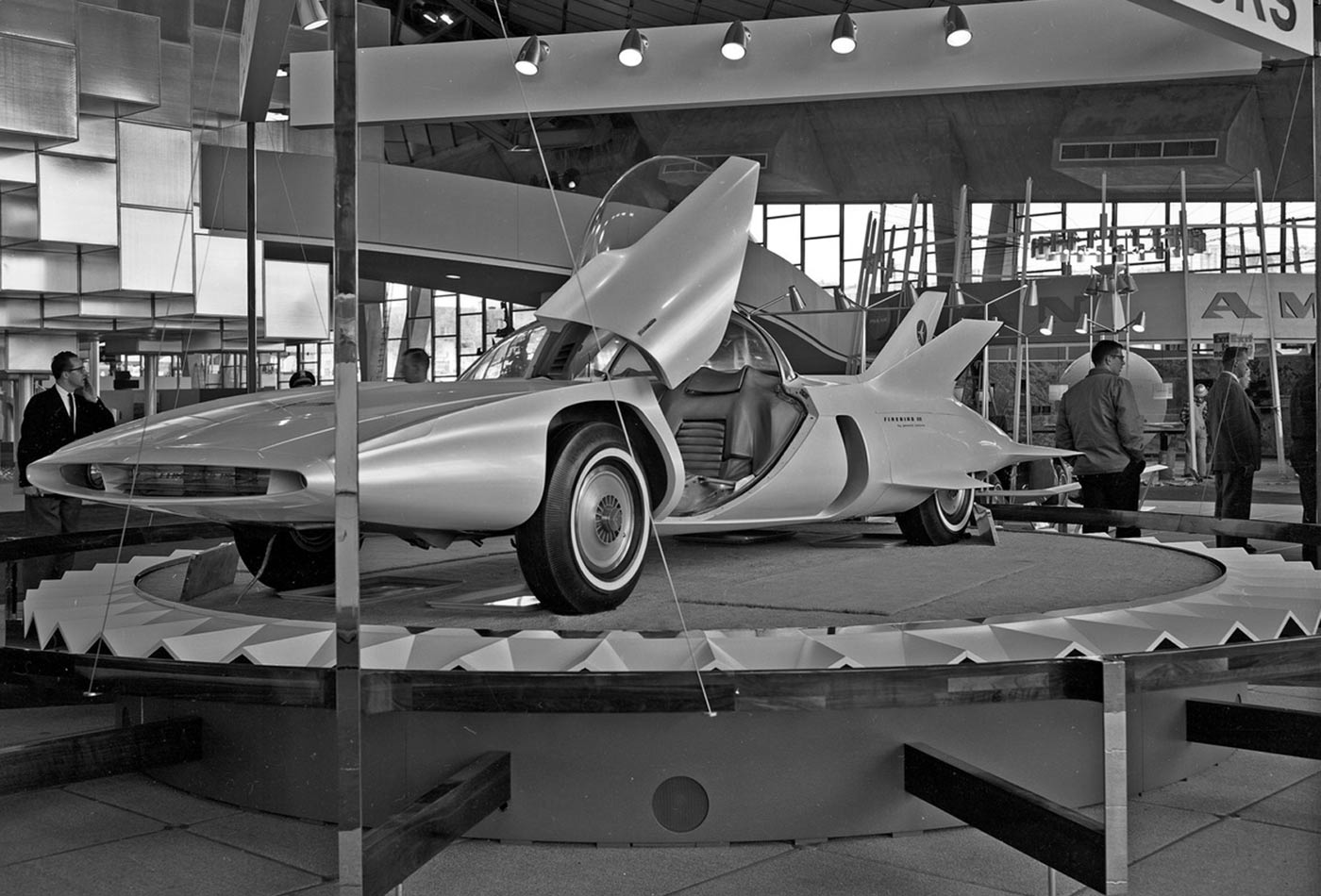 During the 1950s and ‘60s, General Motors showcased the Firebirds, a series of experimental cars described to have an "electronic guide system [that] can rush it over an automatic highway while the driver relaxes." This is the Firebird III, displayed at the 1962 World's Fair. (source: Seattle Municipal Archives on Flickr)

During my college years, I decided I needed to learn how to rebuild a carburetor, so I picked up my car’s Chilton manual, took it apart, and tried to clean it up and get it back together. That went about as well as you might expect, and it was followed by my first “tow of shame.”

I was reminded of my failed self-repair experience when I had the opportunity to speak with Dr. Rupert Deger, the CIO of e.GO Mobile AG, makers of a compact electric car—with big plans to use augmented reality (AR) as the basis of their repair and maintenance system. It’s an idea that we’ve talked about before, now it’s coming to a consumer product.

As I dug deeper into how e.GO plans to pull this off, what struck me was how, when you take everything else they have to do into account, adding augmented reality into their mix wasn’t the most difficult part of the picture. It wasn’t quite low-hanging fruit, but it was pretty close: with e.GO’s designs already in PTC’s tools (Creo, Windchill, ISDX, and ThingWorx), moving those designs into their AR platform was easier than building an AR solution from scratch.

To understand how they will enable their vehicles with AR, it’s important to know a bit about their design toolchain. First of all, e.GO is a user of PTC’s design and PLM tools. This means that the vehicle’s geometric design, from the smallest bolt to a seat, is digitized in a CAD package already. These aren’t just static drawings of discrete 3d objects—they are assemblies that can be simulated for stresses and motion.

What this means is that the CAD package not only has the structure of all the components, but it can show you how it comes apart and goes back together, whether it’s a screw or slide-in part. But that doesn’t do you much good if all this useful information is trapped in a CAD package sitting on an engineer’s workstation. PTC’s Vuforia is an augmented reality (AR) platform for developers and businesses to build and publish AR experiences. The platform also supports simple, codeless development tools for content authors to incorporate their existing IoT data and 3D content.

Dr. Deger is able to pull all that CAD, assembly, and motion simulation data into their AR platform, and the end result is pretty amazing: in minutes, a user can import the model into PTC’s AR software, create a digital twin (the digital representation of the part or assembly), and slap a sticker with an AR marker onto the physical twin (the real thing), and the work is done. All the user (in the case of e.GO, a repair technician) needs to do is point a cell phone or tablet at the thing (such as an engine), and they’ll see how to take it apart and put it back together. Not only that, but sensors in the components can report on their conditions and display the status directly on the AR view seen through the mobile device. e.GO is using ThingWorx right now to connect their cars so they can create car-to-cloud data they use in improving their products. And according to Dr. Deger, augmented reality “is already starting to demonstrate its power in design reviews.”

Above all, Dr. Deger said their goal for their AR integration is to ”combine serviceability and enablement.” By making repair knowledge available to anyone who has access to their app, more—and perhaps more efficient—choices can be made about how to perform a given service activity.

One of the first questions that crossed my mind was whether they’d use this capability to allow people to fix their own cars. Dr. Deger didn’t dismiss this question, which was exciting, given that DIY repair isn’t always the first thing on companies’ minds. He said it would depend “on the model, voltage, and safety requirements. The e.GO Life is based on 48-volt technology, which does not require high-voltage protection.” He went on to explain that some modules would lend themselves to end-user repair more so than others, with batteries as one of the clear no-gos. So, even if a customer doesn’t live near a repair shop, they might be able to perform some repairs themselves. If the folks at iFixit are right, this will lead to a greater connection between customers and their cars, and by extension, between customers and e.GO.

I found it interesting that retention of repair knowledge was a big part of e.GO adopting AR; we often think of the AR experience as immediate, an experience for the here and now, but the experiences stick with you. Your typical auto repair shop probably does several oil changes a day—no danger of them forgetting how to do that. Dr. Deger asserted that electric cars’ low frequency of repairs is due to their “comparatively small number and much simpler technology than combustion engines.” By providing an AR experience that reinforces even a formal certification, repair technicians (and hopefully, car owners) can keep their skills fresh.

Dr. Deger told me this is just a start for e.GO. It’s part of a long-term plan to develop and maintain an “agile digital native business and organization.” Driven by models that are full of data and sensors that are continually emitting new information, e.GO is embracing and pioneering a system that round-trips between bits and atoms. By bringing about technological innovations inspired by science fiction technology like Star Trek’s holodeck, they are poised to inspire future engineers and designers who will make that fiction into a reality.

This post is a collaboration between O’Reilly and ThingWorx. See our statement of editorial independence.