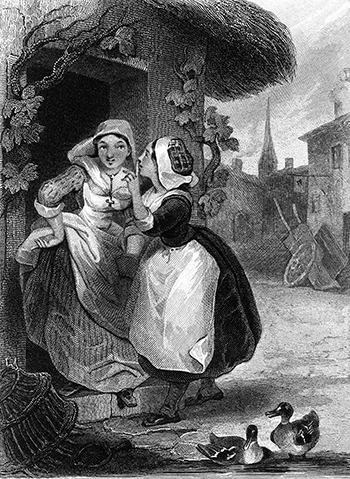 The biggest challenge in using machine learning for data security has to do with triaging, or prioritizing, alerts effectively. In my last post, I explored how to prevent false alerts in data security. Here, we’ll explore how a generalizable algorithm-based system can detect security breaches, using ranking algorithms from the information retrieval domain. These algorithms can help security data scientists triage the alerts they do receive.

As an example, let’s consider the infamous Target breach, where investigations revealed that the company’s intrusion detection system raised multiple alerts that were directly tied to the attacker’s activity—but they were all overlooked by security analysts. This is not because the analysts were incompetent, but rather because they were overwhelmed by a deluge of alerts (cognitive overload leading to oversight). In order to successfully detect an attacker within the system, we need to stop using independent alert streams and lessen the security analyst’s burden of triage.

There are two notable issues with current security detection systems:

One way to effectively tackle both of these problems is to use ranking algorithms. At its core, ranking is an information retrieval problem—you ask the system a question, the system looks through the corpus, and it retrieves what it determines are the best answer(s) to your question. By varying how we ask the question, we have an impact on what kind of answers and applications we receive. For example, a Web search asks the system to retrieve the most relevant Web pages to a search query, recommender systems might ask to retrieve the most relevant movies based on a user’s activity, and more arcane domains like prioritizing emails can rank emails based on previous usage.

One thing to note is that ranking algorithms are a supervised problem—you need to bootstrap the system by showing it how the ranking should look. However, unlike run-of-the-mill supervised algorithms, ranking systems in practice need way fewer labels—even a ratio of 10 labels in a pool of one million will yield good results.

Ranking algorithms are a natural fit for addressing the issue of alert triage. They can be used to capture an analyst’s feedback and incorporate that feedback into the system. Every time an analyst makes a determination about a security alert, marking it as either a false positive or a true positive, the system “learns” from that feedback, improving future results.

Ranking also solves the N*k problem. One of the subtleties of using ranking is that it provides a set of weights to determine the rank order of each detection. By having multiple detections evaluating the same session and training a ranking system that is tailored to the analysts, we can get the relative weight of each detection. Thus, every detection [d1.….dn] would output normalized probabilities, converted to probabilities [p1…..pn], and would have weights [w1..…wn], which are then combined using Totalscorei= wTpi (where pi is the set of probabilities of the ith session, and w is the weight vector determined by ranking algorithm). The ranked weights provide a nice interpretation of the relative importance of all detections.

For instance, consider we have four detections in our system:

Given an alert, how do we know which of the detections is most responsible for the alert? To answer this question, we can dig into the weights. Because ranking algorithms provide us weights for each of the detections, we can use them to understand the root cause for each alert. The following is an illustration, with hypothetical weights attached to each detection.

In this figure, we can see that the unusual time of access has the highest weight, which means it is most likely the reason for triggering the alarm. Now, we have a way to de-multiplex the stream of detection to identify a root cause.

There is also another use—if we find that one of the detections is constantly being down-weighted, we should consider whether the underlying detection is still relevant. For example, perhaps the environment has changed in such a way that the detection is no longer relevant. This interpretation will help us to cull outmoded detections—saving us storage and compute space, and most importantly, analyst time and effort.

If you are looking to try ranking algorithms, I recommend starting with a linear ranker, like RankNet (this is the same algorithm that was the precursor to Microsoft’s Search engine)—its results are easy to interpret and understand. Online packages for ranking can be found on RankLib.