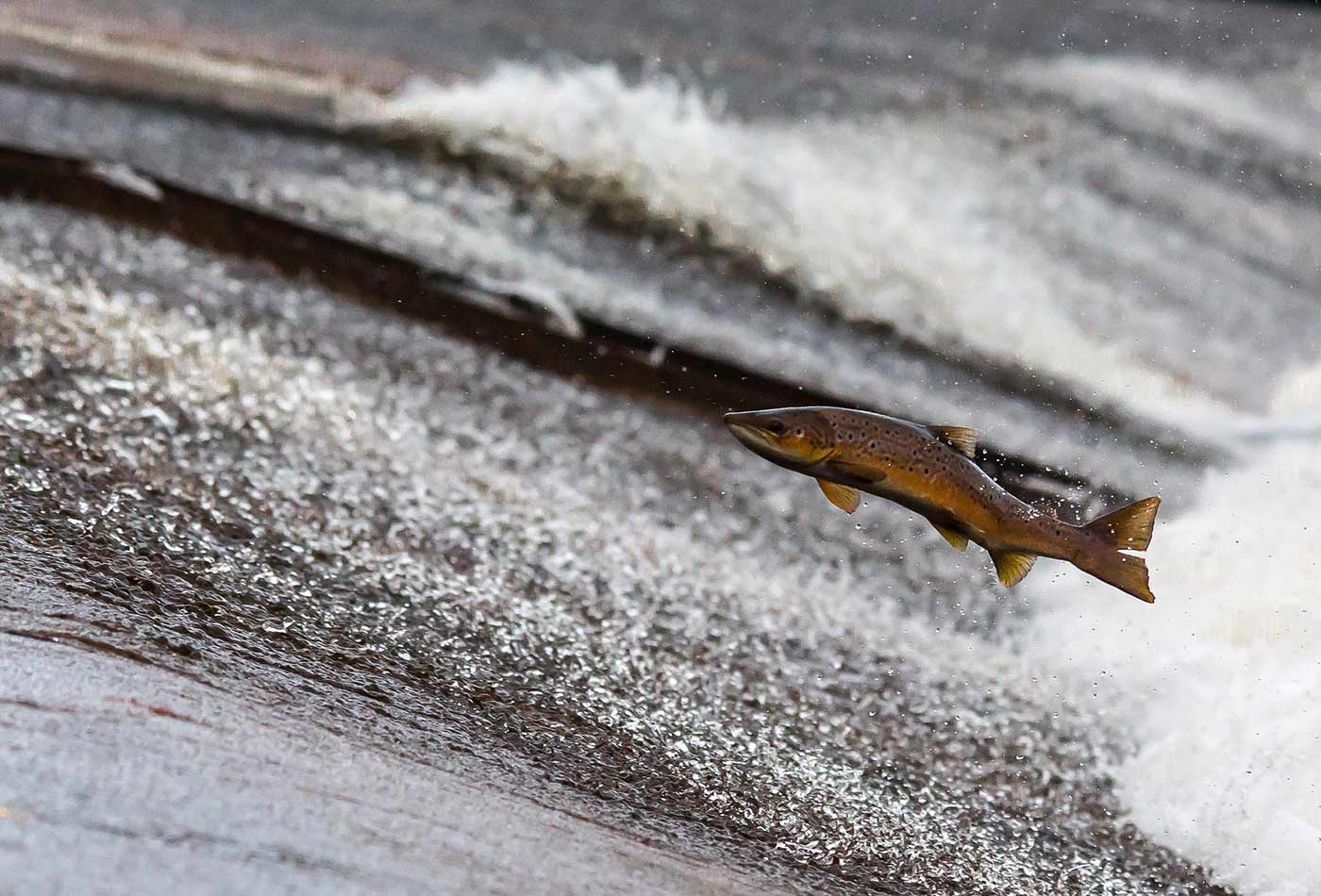 Seattle is rich in cultural icons. Think artisanal coffee, grunge rock, the Space Needle, Pike Place Market: they are all instantly recognizable symbols of the city.

But Seattle is more than a city. As the foremost urban center of the Pacific Northwest—or Cascadia, in the preferred regional parlance—its significance and influence are broad. Seattle’s symbols are thus Cascadia’s symbols. And nothing is more emblematic of Cascadia than salmon. The five species of Pacific salmon—chinook, coho, pink, sockeye, and chum—have both economic and emotional significance to the people of the Pacific Northwest. Residents enjoy catching them and eating them, but the fish also serve as indicators for the health of the regional biome. Moreover, they are totems. Cascadia people don’t just value salmon. They revere them.

So the whole issue of sustainable seafood—especially sustainably harvested salmon—has particular resonance in Seattle. Not only are farmed salmon spurned, but locals want to know the source of their wild salmon: who caught it, where it was caught, and how it was caught. But there’s no way to really confirm that. A salmon steak or fillet, after all, doesn’t come with a resume.

That might change if a Seattle-based group of salmonid-loving biohackers have their way. They’ve launched Citizen Salmon, a DIY initiative aimed at genotyping Pacific salmon. The object of the project is to identify a wide range of single nucleotide polymorphisms (SNPS) in the salmon genome. Salmon that hatch in (and ultimately return to) one stream may diverge genetically from salmon that spawn in a stream only a few miles distant. Such variation can allow scientists to differentiate the fish to a rather exquisite degree.

Ultimately, Citizen Salmon could aid fisheries agencies in managing harvest regulations. A major problem in establishing salmon quotas is the difficulty in connecting salmon at sea with the specific natal rivers they return to for spawning.

For example, say River X has a healthy run of salmon, but Stream Y doesn’t, and scientists want to do everything possible to bump up Stream Y’s populations. Figuring out which individuals in a group of salmon in the ocean are Stream Y fish is daunting unless you have access to a broad genetic database. By confirming that certain SNPs are unique to Stream Y fish, researchers can calculate the number of Stream Y fish among any group of salmon foraging in a given location. If Stream Y fish are particularly abundant, regulators can close fishing for that locale, assuring enough salmon will make it back to Stream Y to sustain, or even increase, the run.

Conceivably, such information could also be used to help consumers source their salmon. By sending in samples to a lab for analysis, fish lovers can determine not only the species of the salmon they’re eating, but the origins; they’ll be able to tell if their Atlantic salmon was raised in pens in a Norwegian fjord or in a Scottish loch, or if that chinook salmon steak came from a wild fish that spawned in Alaska’s Copper River, or from a Sacramento River chinook that was reared from an egg to fingerling size in a hatchery, released to the river, and matured in the ocean prior to returning to spawn. In short, environmentally aware seafood aficionados could judge whether the salmon on their plate conforms to their own metrics for sustainability.

“Not that genotyping will prove absolutely foolproof in linking every fish we sample to its stream of origin,” says Michal Galdzicki, Citizen Salmon’s founder and prime mover. “There are going to be variations among individual fish that could result in some faulty conclusions, and besides, not all salmon necessarily return to their natal streams. They can be opportunistic. They can go up other streams if it suits their purposes. But on the whole, the techniques we’re developing could give us a pretty clear and accurate picture on salmon origins and populations.”
While Galdzicki is enthused that Citizen Salmon’s work might yield effective tools for salmon conservation, he acknowledges that wasn’t the foremost motivation for launching the initiative.

“I love biotechnology,” he says, “so for me, this was a mainly a matter of using a grassroots project as a means for teaching biotech to the local community. Because we’re dealing with salmon, the response was incredible. Around here, you’re going to get a lot of attention and support if you’re involved in anything that could help sustain and improve salmon populations.”

Galdzicki, co-directors Regina Wu and Zach Mueller, and a cadre of volunteers utilize restriction enzyme digestion and direct sequencing to ID Pacific salmon.
“We do the restriction enzyme digests ourselves, and we use a commercial lab for the direct sequencing to verify our work,” Galdzicki says. “Right now, we’re concentrating on chinook salmon, mainly because of the large body of chinook data that already exists. But as our work proceeds and our database expands, we hope to address the other four species of Pacific salmon.”

While identifying subspecies, races, and runs of salmon via genetic sequencing is not new, Citizen Salmon represents an opportunity for both refining and ramping up the techniques, says Galdzicki. The initiative also points the way toward enhanced collaboration between citizens and regulatory agencies, a development that could only benefit North America’s threatened fish. Citizen Salmon recently joined the Klondike Creek Alliance, an ad hoc group focused on restoring a local watershed, and Galdzicki and his cohorts are engaged in outreach to other conservation and community groups.

“Currently, people here are often engaged with salmon from the cultural and policy ends,” says Galdzicki. “Or from the consumer end—a lot of people fish for salmon. But we want to get them better grounded in the science. That could increase their appreciation for salmon and also make them more effective as advocates. I love the idea of someone catching a salmon or two, then genotyping them and contributing to the Citizen Salmon database. That kind of engagement really contributes to long-term and effective stewardship.”

Ultimately, says Galdzicki, he’d like to develop standardized tests that will let people quickly evaluate salmon genetics in their own homes.

“We have some promising ideas,” Galdzicki says. “The equipment and the techniques are becoming robust and cheap enough that I think we’ll see the day when citizen scientists can do this work quickly and accurately in their own kitchens. Our goal is to scale this technology up and get it to as many people as possible. The more we know about salmon and their habitats, the better our chances for conserving them.”